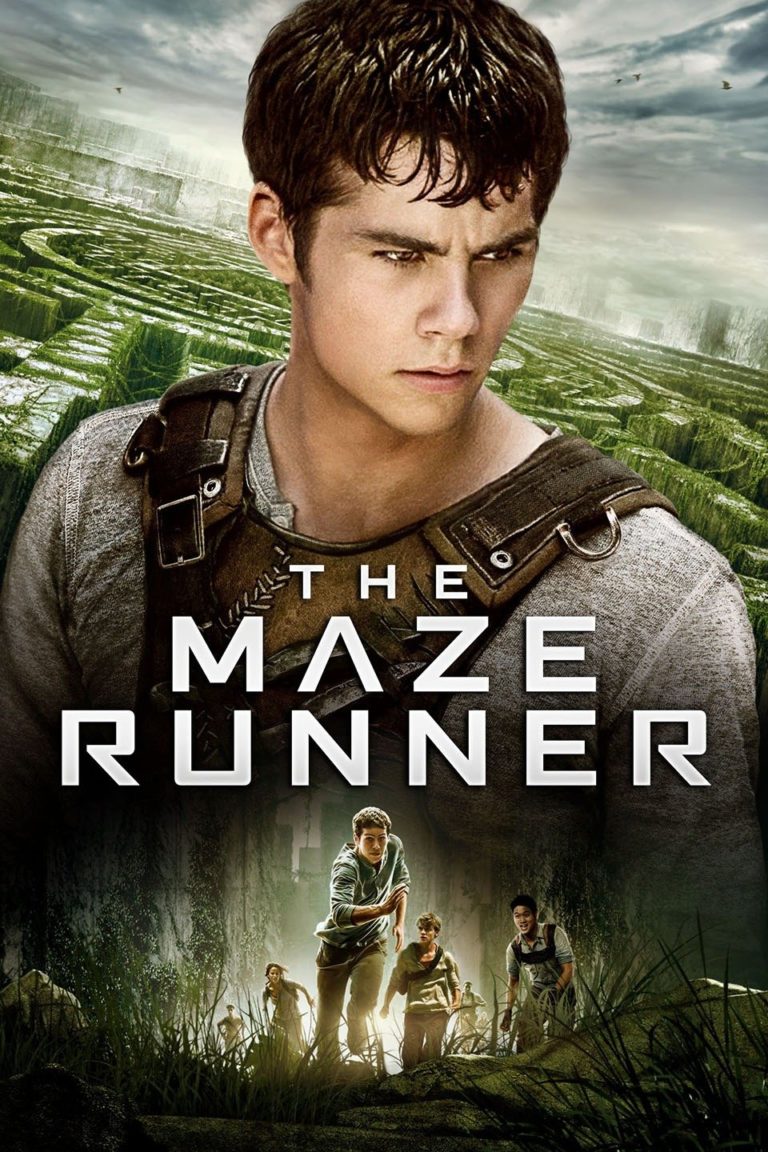 THE MAZE RUNNER is a thrilling science fiction movie about a group of teenage boys living in a glade surrounded by enormous walls. The boys have no memory of who they were before the glade. Thomas, the newest arrival, resolves to find a way out so they can figure out what’s happening. However, the only exit leads to a huge maze that becomes infested with dangerous creatures at night called Grievers. Can Thomas figure a way out without making enemies in the glade before it’s too late?

THE MAZE RUNNER is gripping from beginning to end. What helps keep the movie entertaining and compelling are its constant plot developments and the movie’s impressive, intense visual effects. Strong moral values are shown when multiple boys give up their lives to save others with courage, teamwork and selflessness. Also, the boys have been given a new start due to their memory loss and this fact comes with some forgiveness of past wrongdoings. That said, MAZE RUNNER has plenty of relatively light foul language and some very intense action violence. So, strong caution is advised.

(BB, C, LL, VV, N, A) Strong moral worldview with redemptive elements where courage, kindness, selflessness, teamwork, and sacrifice are exhibited in the characters and together; 21 obscenities (several “h” and “s” words) and three profanities (including two “GD’s”), plus one scatological reference; some strong action violence includes one boy attempting to kill another with punching and choking, some very frightening bio-mechanical creatures stalk and kill many boys, the creatures’ body parts are spewed all over, one boy takes a spear through the chest and another is shot, a woman shoots herself off screen, a sick man coughs up blood, and several dead bodies are on the ground; no sexual content; upper male nudity; the boys drink a homemade alcoholic drink; no smoking; and, no other immoral content.

THE MAZE RUNNER is a thrilling science fiction movie based on James Dashner’s novel of the same name.

The story revolves around Thomas, a young man who wakes up in an ascending elevator with no memory of who he is or where he came from. Confused and scared, the elevator reaches the top, and he’s greeted by a group of other young boys who welcome him with the name Greenie. He’s pulled from the elevator into a glade that’s occupied with stick houses and huts, a wooded area and a enormous wall that surrounds the glade. The young boys get a kick from Thomas’s confusion, and he’s introduced to Alby, the leader of the group and Newt, second in command.

Alby welcomes Thomas to the Glade and informs him that the memory loss is normal, because none of the boys remembers anything about their past other than their names. They live, grow food and work. Once a month, the box elevator located in the middle of the Glade comes up with supplies and one new boy, who’s nicknamed Greenie until he remembers his actual name.

Thomas is paired with Chuck, a younger chubbier boy who’s tasked with showing him around the Glade. Most puzzling to Thomas is the high walls around the Glade. He curiously walks over to a gap in the wall, but is violently met by Gally, who tells him that no one leaves the Glade. Outside the Glade is the maze. Thomas is told that there are three rules. Do your part with work, never harm another Glader, and never go into the maze. Every day, runners leave early to map out the maze, searching for a way out. At night, the gap closes and bio-mechanical creatures they call Grievers roam the maze. No one has ever survived a night out in the maze.

For some reason, Thomas is different. Within three days after he arrives, one of the runners goes crazy and tries to kill him, and the box sends up the first girl with a mysterious note. Thomas is determined to escape, but this makes enemies in the Glade. The mysteries grow more puzzling, and the stakes for survival become more dangerous.

THE MAZE RUNNER is a worthy adaptation of the exciting novel and is gripping and intriguing from beginning to end. With great precision, the story glides through a multitude of important plot details and twists, only rushing too fast in a few scenes. The acting is adequate, though no one performance stands out as memorable. What keeps the movie entertaining are the constant plot developments and the very impressive, intense visual effects.

While so much of the movie is shrouded in mystery, even with the big reveal at the end, some strong moral values are represented. Most of the boys display kindness, for example. Also, rule and order only happens because they work together. Multiple boys give up their lives to save others and exhibit courage and selflessness amid chaos. The boys have been given a new start due to their memory loss and that comes with some forgiveness of past wrong doings.

That said, there’s too much foul language and some very intense action violence. So, strong caution is required for THE MAZE RUNNER even though it’s ultimately an uplifting tale.