"Miracles of the Sea" 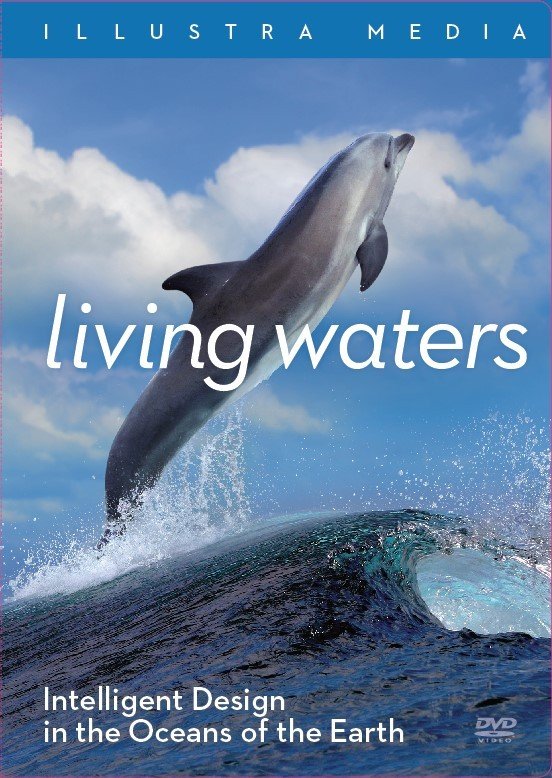 LIVING WATERS is a brilliant, entertaining, beautiful investigation of the mammals and fish that live in oceans, lakes and tributaries covering 70 percent of the Earth. LIVING WATERS discusses dolphins, sea turtles, salmon, and humpbacked whales. For example, dolphins have an internal biological sonar system that’s so powerful and precise that they can locate friend, foe or food at great distances. Also, sea turtles have tiny magnetic compasses that allow them to attune to the Earth’s magnetic fields, so they come back 25 years later to exactly where they were born to give birth to the next generation. Thus, each animal has an array of unique biological devices that would all have to be developed together in their brains, kidneys, liver, and lungs to work properly. Science is knowledge, and the more that is known, the more it becomes clear that these creatures were designed for a purpose. LIVING WATERS confirms the truth that the mammals and fish living in the water on Earth display the purpose, design and imagination of a Creator. It’s another must-see program from Illustra Media.

LIVING WATERS is a brilliant, entertaining, beautifully photographed investigation of the mammals and the fish that live in our oceans, lakes and tributaries covering 70 percent of the Earth. More than 50 percent of the animals on our beautiful planet live in the water. The variety and uniqueness of each of them is astounding. LIVING WATERS treats several of these unique animals, such as the dolphin, the sea turtle, the pacific salmon, and the humpbacked whale. The dolphin has an internal, biological sonar system. The biological sonar system of the dolphin is so powerful and precise that they can locate friend or foe or food at great distances, even fish buried in the sand. The sonar is so clear that they can identify everything about the friend, foe or food, such as scales, look, size, type, and behavior. Looking inside the dolphin’s brain, there’s a very complex system of interrelated biological mechanisms that give them the ability to replicate a sonar system. If any one of these mechanisms was missing, they could not do what they need to do to survive and flourish. Another animal is the sea turtle, which again has complex biological mechanisms, such as tiny magnetic compasses that allow it to attune to the magnetic fields around the Earth, to be born, to travel 1,000 miles to feed, and then to come back 25 years later to exactly where they started to give birth to the next generation. The pacific salmon travels thousands of miles, yet through their incredible sense of smell come back to the exactly same place they were born to give birth to the next generation. The humpbacked whale emits such as complex series of beautiful sounds that recordings of their songs became bigger sellers than the records of major rock stars a few years ago. Within the context of these animals, LIVING WATERS shows there can be two explanations for the incredible biological systems. One, of course, is Intelligent Design, and the other is materialistic chance mutations. The trouble with the chance mutations is it would take hundreds of thousands of years to do each mutation for no apparent reason, but each animal considered has an array of unique biological devices that would all have to be developed together in their brains, kidneys, liver, and lungs to work properly. Science is knowledge, and the more we know, the more it becomes clear that these animals and creatures were uniquely designed for a purpose. Illustra Media has done several of our favorite videos which MOVIEGUIDE® has commended. Each video seems to be more brilliant and better conceived. These are must-see programs that MOVIEGUIDE® highly recommends.