"Water Is Both Beautiful and Destructive" 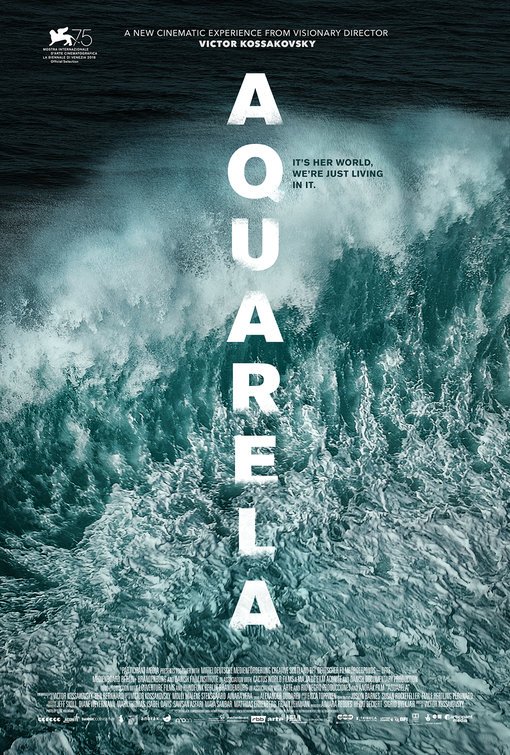 AQUARELA is a visually stunning Russian documentary, with barely any dialogue, about the complexity of water in nature. AQUARELA uses European stylistic techniques for documentaries with little to no coerced interactions. Rather, any characters or nature elements appear to be authentic. AQUARELA could have benefitted from a more cohesive story flow between shots but makes up for it with breathtaking cinematography that will leave viewers, especially Christians, in awe of creation. The documentary footage ventures from the frozen areas of northern Russia and Greenland to the United States and South America.

AQUARELA surprisingly has no environmentalist agenda. It simply wants viewers to look at the vastness of everything that water’s capable of doing. The movie does showcase a Christian, moral worldview, mainly by stressing the importance of helping others in need when disaster strikes. Viewers who might be sensitive to loud noises or fast-paced takes should exercise caution because some shots are disorienting when the filmmakers try to capture scenes in innovative ways. There’s little objectionable content in AQUARELA, but MOVIEGUIDE® advises caution for some intense natural violence and a light obscenity.

(C, B, L, V, N, D):
Dominant Worldview and Other Worldview Content/Elements:
Light Christian, moral worldview showing the power of water in Creation, with an emphasis on the importance of helping others in need in times of disaster
Foul Language:
One character says the “h” word
Violence:
Some natural violence as waves crash and icebergs fall and hurricanes rage, one man pictured with blood on his face after falling into ice, one man dies via drowning in a car but his body isn’t shown because rescue men can’t reach him
Sex:
No sex
Nudity:
Possible upper male nudity in one scene, but it’s too hard to tell
Alcohol Use:
No alcohol use
Smoking and/or Drug Use and Abuse:
Character smokes a cigarette in one scene, but it almost looks like just cold breaths; and,
Miscellaneous Immorality:
Nothing else objectionable.

AQUARELA is a visually stunning Russian documentary, with barely any dialogue, about the complexity of water in all its various states in nature.

The movie begins by showing ice in northern Russia as daredevils try to drive on thawing ice. Local rescue men help those who failed, with one group losing a passenger to drowning.

Cut to desolate frozen landscapes. The filmmakers take viewers audiences underwater to see how the molecules form to create more ice in the frigid waters. Next, the icebergs fall in waves, creating literal ripple effects in their surrounding area. From some shots, clouds form an enticing juxtaposition to the glass-like ice and water. Water then creates a channel through various ice structures and viewers see sailors grapple with intense waves and local residents of a cold town living their lives in comparison to the great structures of frozen water around them.

Cut to the United States, where viewers see the devasting effects of a hurricane on the animals that sit on the only dry land in sight and others who escape the raging devastation created by the water during the massive storm.

The movie draws to a close with the picture of a waterfall from a bird’s eye view shot. In it, there’s a rainbow. The final shot closes on a beautiful shot of a waterfall.

AQUARELA aligns with the European-made stylistic techniques for documentaries with little to no coerced interactions. Rather, any characters or nature elements appear to be completely authentic. The soundtrack aids the on-screen action beautifully. For instance, if waves turn madly, filmmakers play heavy metal music. AQUARELA could’ve benefitted from a more cohesive story flow between shots but the movie makes up for it with breathtaking cinematography that will leave most viewers, especially Christians, in awe of Creation.

AQUARELA surprisingly has no environmentalist agenda as it wants viewers to simply look on the vastness of all that water is capable of in its natural states. The movie does showcase a moral worldview, mainly by stressing the importance of helping others in need when disaster strikes. Audiences who might be sensitive to loud noises or fast-paced takes should exercise caution because some shots are disorienting in attempts to innovatively capture some scenes. There’s little to no objectionable content in AQUARELA, but there’s one light obscenity, one scene with smoking and possible upper male nudity in another scene, but it’s too hard to tell. For all these elements, and some intense natural violence MOVIEGUIDE® advises caution for younger and older pre-adolescent children.