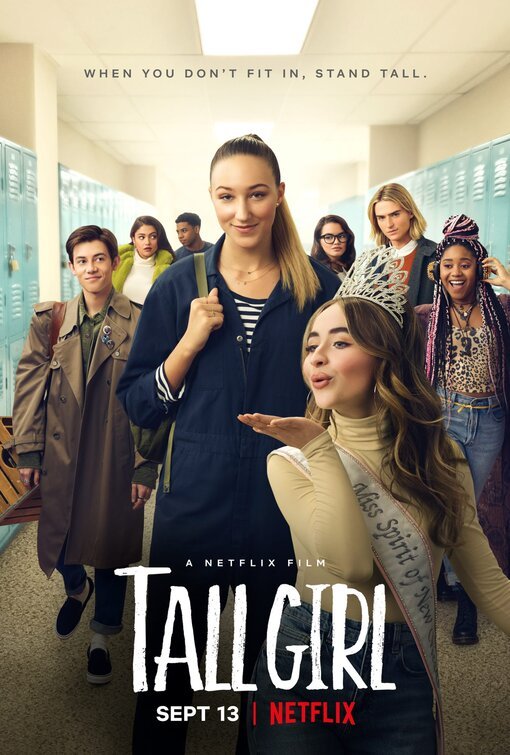 TALL GIRL follows a teenager named Jodi who’s always felt awkward about her height. Jodi is 16-year-old and over six foot tall, so she’s teased constantly about her height. When a young, tall Swedish foreign student named Stug comes to class, Jodi’s instantly interested in getting to know him. Stig also gets noticed, however, by Kimmy, the most popular girl in school, and Jodi’s main nemesis. At the same time, Jodi’s best friend, Jack, has always liked her, but, now, Stig is living at his house. Will Stig notice Jodi? Will Jodi push Jack into the background? Will Jodi gain self-confidence?

TALL GIRL has a strong moral worldview with positive elements. The parents are extremely supportive and active in their children’s lives. Also, the main character has a good relationship with her sister, and her sister is willing to risk success to support her. Overall, the movie is enjoyable, with many laughs and some heartfelt moments. However, TALL GIRL has a scene with implied underage alcohol use at a teenage party and some cursing. So, MOVIEGUIDE® advises caution for older children.

(BB, O, L, V, AA, M):
Dominant Worldview and Other Worldview Content/Elements:
Strong moral worldview has a supportive family and loving parents who instill confidence in their teenage daughter, plus teenagers go to an escape room adventure in New Orleans that has some voodoo dolls
Foul Language:
Three obscenities, one strong profanity and three light profanities
Violence:
No actual; violence but a female character mentions hitting a man in the “nards,” a euphemism for the groin area
Sex:
No sexual immorality, but some teenage kissing
Nudity:
No nudity
Alcohol Use:
Implied underage alcohol use as teenagers are holding drinks at a teenage party
Smoking and/or Drug Use and Abuse:
No smoking or drugs; and,
Miscellaneous Immorality:
Some light bullying.