"Stand Firm in Your Faith" 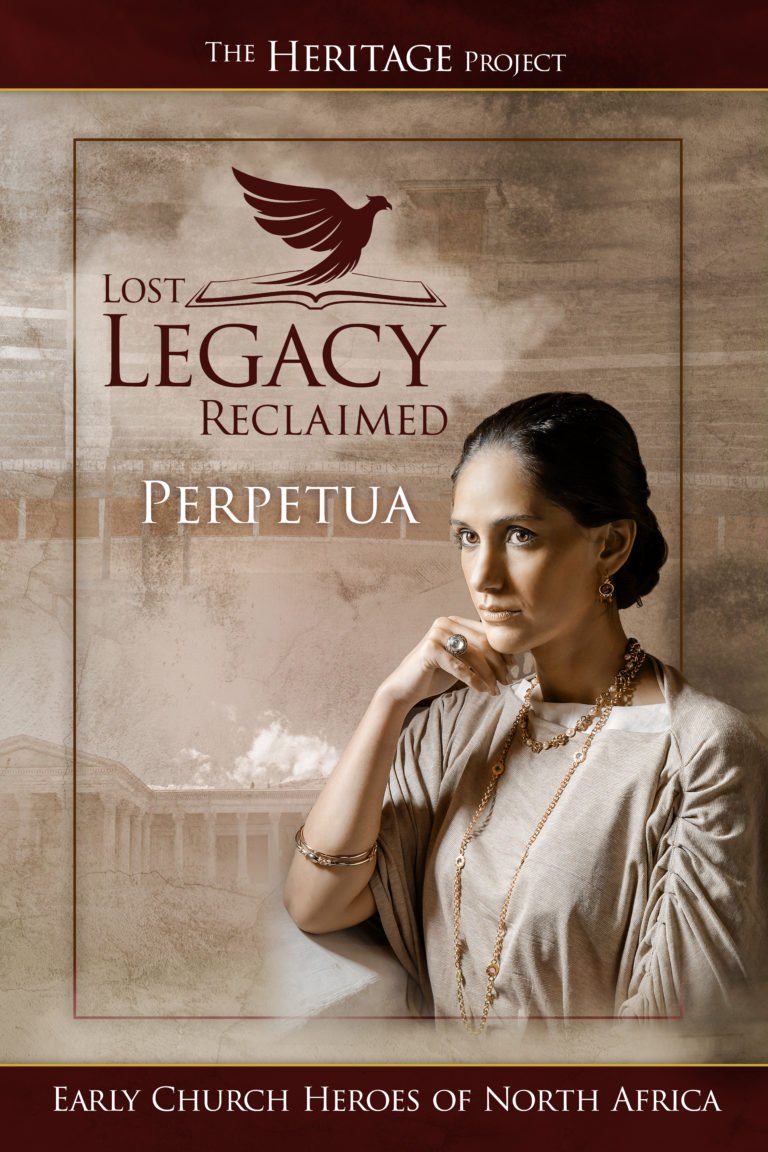 LOST LEGACY RECLAIMED: THE HERITAGE PROJECT is an eight-part documentary series on early church history. PERPETUA tells the story of a wealthy Roman woman who converts to Christianity but is arrested and sentenced to death in 203 AD, in the city of Carthage in North Africa. The Romans arrest Perpetua, along with a group of other Christian converts. Under the threat of torture and death, they repeatedly refuse to deny their faith in Jesus the Messiah. Using first-person accounts from Perpetua’s diary and other eyewitnesses, the documentary reveals how the Romans unleashed the severest punishment on Perpetua and her Christian brothers and sisters in the arena.

The Christians conduct themselves with such peace and grace, they begin to convert onlookers and even one Roman guard. In their darkest hour, Perpetua and the others show great faith, confidence and certainty that their final destination is Heaven. PERPETUA is an incredibly moving, dramatic presentation of Christian faith and courage in the midst of brutal persecution. The story is heartbreaking but inspiring. PERPETUA does have some strong, bloody martyr-related images. So, MOVIEGUIDE® advises caution for older children.

(CCC, BBB, VV, M):
Dominant Worldview and Other Worldview Content/Elements:
Very strong Christian, biblical worldview in story of a Christian martyr and her brothers and sisters in Jesus the Messiah in an arena in Carthage in North Africa in 203 A.D.
Foul Language:
No foul language
Violence:
Some strong violence includes bloody images of Christians after they are mauled and killed by wild animals, one man is bitten in the neck by a leopard and then is stabbed by a Roman soldier, some bloody images of the Christians after they have been killed
Sex:
No sex
Nudity:
No depicted nudity but there’s a description of two Christian women who were paraded nude in a Roman area, but the crowd objects and they are then given tunics to wear before they are killed
Alcohol Use:
No alcohol use
Smoking and/or Drug Use and Abuse:
No smoking or drugs; and,
Miscellaneous Immorality:
Crowd mocks and jeers Christian martyrs before they are killed and while they are put to death.

THE HERITAGE PROJECT is an eight-part documentary series on early church history. PERPETUA tells the story of a wealthy Roman woman in Carthage, North Africa who converts to Christianity but is arrested by the Roman authorities in 203 A.D. The Romans arrest Perpetua with a group of other Christian converts. Under the threat of torture and death, however, they repeatedly refuse to deny their belief and trust in Jesus. Rome has become increasingly nervous about the number of citizens converting to Christianity. Therefore, they unleash the severest punishment on Perpetua and her Christian brothers and sisters.

Perpetua lives a comfortable life as a wealthy Roman living in Carthage. She readily gives it all up when she hears about Jesus. She becomes a disciple under a Christian teacher named Saturnus. Rome is deeply threatened by the Christians who will not worship their Emperor, or any other gods. They will only worship the One True God represented by Jesus Christ. To the Romans, being a Christian is a treasonous offense.

Perpetua and her band of friends are arrested. They will not relent. Their teacher, Saturnus, discovers they’ve been arrested. He asks to be arrested with his students and disciples. He wants to ensure that they all become fully Christian, including being baptized.

Perpertua has a newborn child who needs her. Her father brings the child to her in front of the Roman guards and pleads for her to deny her faith and go home with them. Perpetua refuses to deny her faith in Jesus, but the Romans let her nurse the baby for a while.

Felicitas is another woman in the group who’s imprisoned for her faith. She is a slave girl, who is eight months pregnant. If she doesn’t give birth to the child, she will be killed at a later date with common criminals, instead of her fellow Christians. The Christians pray to God for Felicitas to give birth, and Felicitas has her baby that very night. She finds a nice Christian home for her child to be raised. Perpetua, Felicitas and the other Christians are sentenced to go to the public arena in Carthage to be shred apart and killed by wild animals.

Spectators come to the arena to jeer and mock the Christians before they are killed. What they find is power, peace and strength in the prisoners who break bread together. At one point, Saturnus firmly rebukes the crowd, promising that God will punish them for their crimes. The guards are deeply moved after observing the way the Christians live their final moments. One of the guards is even converted while hearing the teaching of Saturnus and witnessing the faith of Perpetua and the other Christians condemned to die in the arena.

PERPETUA is a heartbreaking account of the brutal martyrdom of Perpetua, Felicitas and their Christian brothers and sisters. The account is brought to life through Perpetua’s diary and through the eyewitness testimony of their tragic deaths. PERPETUA is an incredibly moving, dramatic presentation of Christian faith and courage in the midst of brutal persecution. The story is heart-wrenching but inspiring. PERPETUA does have some bloody martyr-related images. So, MOVIEGUIDE® advises caution for older children.