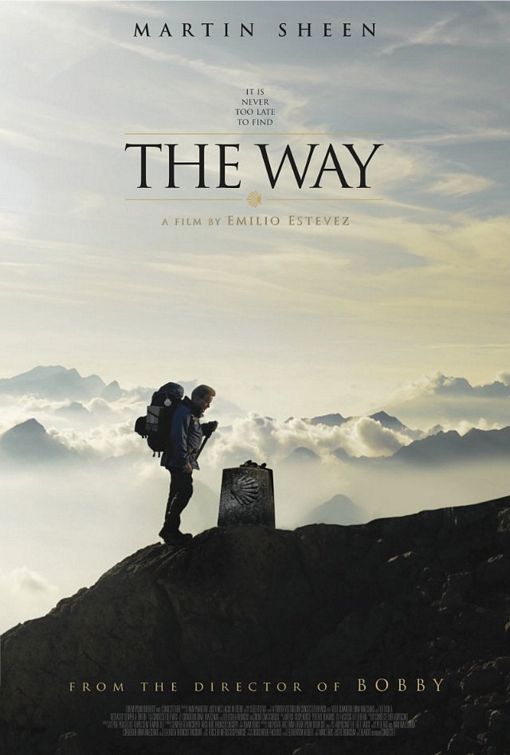 THE WAY is an inspiring, captivating movie about the spiritual journey of a father who lost his son on a religious pilgrimage in Europe. Tom, an agnostic eye doctor, goes to pick up his son’s body in France. There, he learns about the religious pilgrimage his son was taking when he died suddenly. The Camino de Santiago is a spiritual journey starting in France and leading to the Catholic church in Santiago in Northwestern Spain, where tradition says the remains of Jesus Christ’s brother, St. James, are buried. Feeling guilt and wanting to reconnect with his dead son, Tom decides to walk the path himself. Along the way, he meets several other people doing the same thing, and his hardened heart is transformed.

Entertaining and beautifully made, THE WAY will excite viewers into wanting to take a spiritual Christian journey themselves. The story is about spiritual transformation from a Christian, Catholic worldview. Though the movie is somewhat subtle in its depiction of Christianity, it does show a cold heart turned to love. Despite some foul language and brief marijuana and drug use, THE WAY is a captivating movie for mature, media-wise audiences.

THE WAY is an inspiring, captivating movie about the spiritual journey of a father who lost his son on a religious pilgrimage in Europe. It stars Martin Sheen and his son, Emilio Estevez, who also directed and wrote the movie (Sheen’s real last name is Estevez).

After losing his son, Daniel, in France, Tom, a practical, agnostic eye doctor, decides to walk the same path that took his son’s life. Previously, Tom had developed a cold heart and disconnected himself from Daniel. However, when Daniel dies walking the path called “The Camino de Santiago” in France toward Spain, Tom realizes just how disconnected he was to his only child.

Returning to France to pick up Daniel’s body, Tom learns all about the path his son was taking, Camino de Santiago, or Way of St. James. The Camino de Santiago is a spiritual journey starting in France and leading to the Catholic church in Santiago in Northwestern Spain, where tradition says the remains of Jesus Christ’s brother, St. James, are buried.

Wanting to connect with his son once more and feeling guilt, Tom decides to walk the same path Daniel was taking, while spreading Daniel’s ashes. A large, rotund Dutch man, Joost, approaches Tom in an extremely friendly way, wanting a walking companion. Staying in hostels along the way, Tom also meets a chain smoking Canadian, Sarah, and Jack, an Irish writer plagued by writer’s block. Each of these people are walking the path for different reasons. Passing Catholic icons, churches and crosses, Tom’s heart starts to open. It’s not long before he starts to love again.

THE WAY is a beautifully crafted movie with a clear and entertaining plot line the whole way. Clearly a character driven movie, the movie has some wonderful actors who play their characters extremely well, leaving the audience truly believing the Dutch man should be concerned about his weight and the writer is merely all contrived words. THE WAY truly highlights the beautiful scenery of the Camino de Santiago through France and Spain.

THE WAY is a story about transformation with a Christian worldview. Though the movie is somewhat subtle in reflecting its Christian attitude, it does show a cold heart turned to love. There is, however, some foul language and depicted marijuana and drug use, so caution is advised for older children.