"Hope Is the Greatest Gift" 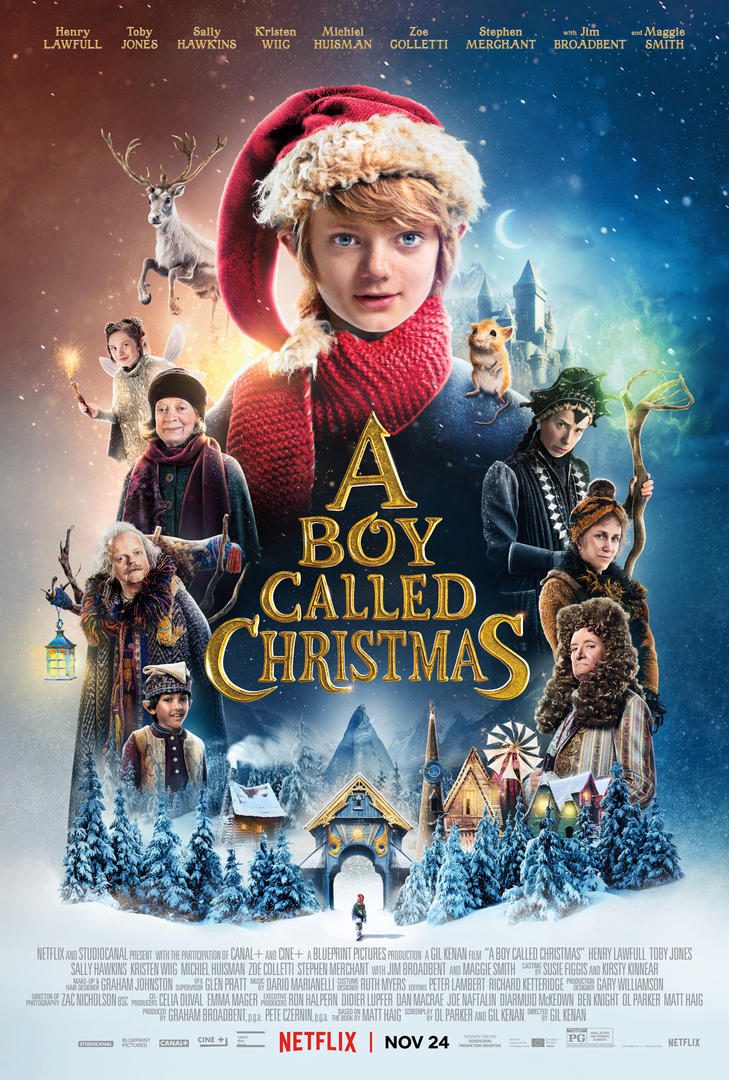 A BOY CALLED CHRISTMAS, a fantasy adventure streaming on Netflix, explores the origin story of Father Christmas. A young boy named Nikolas lives with his father in a rundown cabin. The King promises to reward anyone who can bring back something that gives people hope. So, Nikolas’ father heads out to find the legendary city of Elfhelm. Nikolas must stay with his cruel aunt, but he’s determined to find his father and discover the elves of Elfhelm. He befriends a mouse, who learns to talk, and a reindeer in his quest. Can Nikolas bring back hope to the kingdom and its people?

A BOY CALLED CHRISTMAS is a creative, fantastical origin story for Father Christmas. It puts an emphasis on hope, trust, family, and sacrifice. Despite how people treat him, Nikolas, shows compassion to everyone. However, an evil elf is shown using Harry Potter-like magic to imprison elves who want to celebrate Christmas. There’s also some brief pagan mythology. A BOY CALLED CHRISTMAS also contains no references to Jesus and scenes of peril. So, MOVIEGUIDE® advises caution for older children.

(PaPa, BB, C, O, V, M)
Dominant Worldview and Other Worldview Content/Elements:
Strong, mixed pagan worldview, the origin of Christmas is talked about without mentioning Jesus, God or the Bible, mixed with some moral elements stressing the importance of truth, family, hope, trust, and compassion, with some redemptive elements of sacrifice, but there is also some use of magic for both good and bad purposes
Foul Language:
No foul language
Violence:
Action and peril throughout, with a scene where a father and son are chased by a bear but escape, a reindeer has an arrow in its side, but Nikolas helps it, an elf boy is kidnapped by humans, a pixie who loves explosives explodes a troll off screen, magic is used to capture people by levitation, there is mention of a children’s mother dying, and a father sacrifices his life for his son
Sex:
No sex
Nudity:
No nudity
Alcohol Use:
No alcohol use
Smoking and/or Drug Use and Abuse:
No smoking or drugs; and,
Miscellaneous Immorality:
Deals with heavier themes like grief, but this is met with belief in humanity as opposed to God.

A BOY CALLED CHRISTMAS is an adventure fantasy streaming on Netflix about a young boy named Nikolas who befriends a talking mouse and a reindeer in his quest to find his father and the mysterious, legendary city of Elfhelm, to bring hope to the kingdom. A BOY CALLED CHRISTMAS is a creative, fantastical origin story about Father Christmas and stresses hope, trust and family, but it contains some pagan mythology, occult elf magic and no references to the real reason for Christmas, Jesus.

The movie opens as a young family gets a visit from their Aunt Ruth. For the three children, this is their first Christmas without their mother, and they decided not to decorate their house for the holidays. That night, Aunt Ruth tells them a bedtime story about a young boy named Nikolas.

Nikolas, whose mother died when he was younger, lives with his father in a ramshackle cabin in the woods. Despite their humble lifestyle, Nikolas is content to live with his father and the stories of Elfhelm left behind by her mother. However, Nikolas knows his father doesn’t believe as strongly in Elfhelm as he does, and he determines that he will find it one day.

It is winter in the land, and the king invites all the people to his castle to address their poverty. The king promises an award to anyone who can bring him something that will give him, and the villagers, hope.

Nikolas’ father sets out to the north toward Elfhelm, while Nikolas is forced to stay behind with his cruel Aunt. With only the company of a mouse named Miika, he escapes his aunt in search of his father and of Elfhelm.

Nikolas teaches Miika to talk, and the duo stumbles upon an injured reindeer. Nikolas is able to help the reindeer and gains another travel companion for this long journey. Through belief, Nikolas, Miika and the reindeer find Elfhelm, but it isn’t the joyous, celebratory city of his mother’s stories.

An evil elf has taken control of the city and throws Nikolas into prison. While there, he meets a truth pixie who agrees to restore hope to Elfhelm and save his father. Led by hope, truth and his love for his family, Nikolas must face tremendous odds and restore both his home and the kingdom.

A BOY CALLED CHRISTMAS is a creative, fantastical origin story for Father Christmas. It puts an emphasis on hope, trust and family. Also, characters are willing to sacrifice, at great cost, for the betterment of others. However, an evil elf is shown using Harry Potter-like magic to imprison elves who want to celebrate Christmas. There’s also some brief pagan mythology. In addition, A BOY CALLED CHRISTMAS has no references to Jesus and scenes of peril. So, MOVIEGUIDE® advises caution for older children.