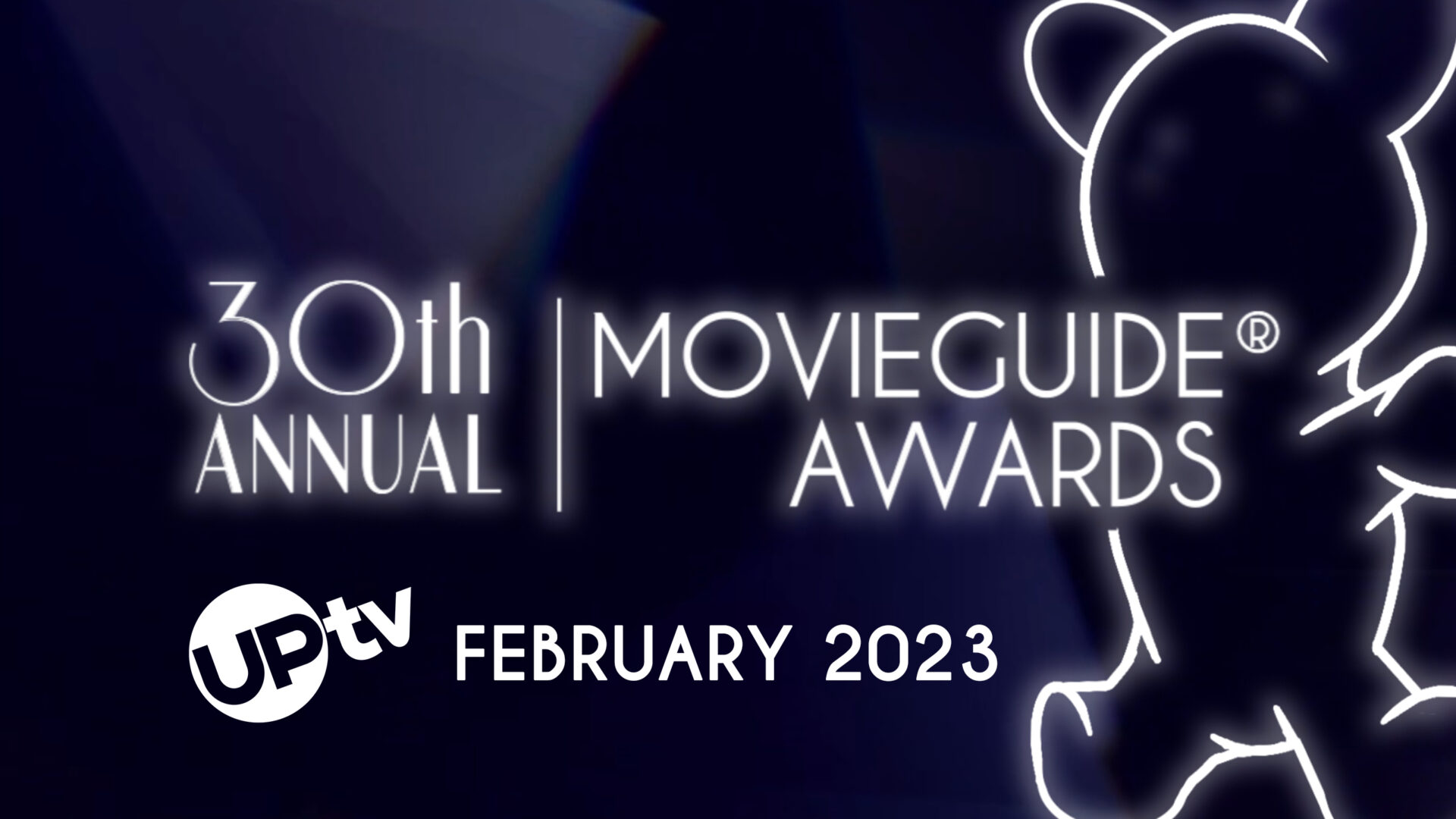 MOVIEGUIDE AWARDS ANNOUNCES NOMINEES FOR 30TH ANNUAL CEREMONY TO BE HELD ON FRIDAY, FEBRUARY 10, 2023 AT THE AVALON THEATER IN HOLLYWOOD

(Los Angeles – January 19, 2023) The Movieguide Awards announced the nominees for its 30th annual ceremony honoring the best of family-friendly movies and television programs and spiritually uplifting entertainment. The ceremony will take place on Friday, February 10, 2023 at the Avalon Theater in Hollywood, California. Candace Cameron Bure, Lori Loughlin, Kate Flannery, Kathy Ireland and Bruce Davison are among the presenters. The telecast will air on UPtv on February 26, 2023.

Awards will be presented to the most inspirational projects in Hollywood released in 2022, honoring actors, directors, producers, studio executives, and others who made these projects a reality. “We are thrilled to celebrate inspirational movies, streaming, and television programs in person this year,” said Movieguide Founder and Publisher Dr. Ted Baehr.

“It’s so encouraging to see that families are continuing to vote with their dollars…they’re choosing to watch content that promotes forgiveness, self-sacrifice, teamwork, redemption, and more positive attributes” Baehr said.

“We are excited to be the television home of the Movieguide Awards this year,” said Charles Humbard, Founder and CEO, UP Entertainment. “The audience alignment is perfect with our uplifting entertainment brand. Ted Baehr has done a fantastic job helping keep Hollywood focused on what is important for families while making quality entertainment.”

Dr. Ted Baehr will also present highlights of Movieguide’s 2022 Report to the Entertainment Industry, which analyzes the box office performance of all movies, including from both major and independent studios, and each movie’s content across thousands of data points. This annual report is a barometer of what kinds of stories and messages deliver the best box office returns.

The Movieguide  Awards represents the viewing preferences of millions of families across the country with a Top 100 iPhone app with 1 in 3 parents using Movieguide to determine what content they choose to see.

The Grace Prize for Most Inspiring Performances in Movies & TV is the most prestigious Movieguide Award given to an actor or actress for the best performance in a movie or a television program. Previous winners include Robert Duval for THE APOSTLE, Jim Carrey for his role in THE TRUMAN SHOW, Whoopi Goldberg for KINGDOM COME, Jean Smart for A SHOE ADDICT’S CHRISTMAS, Oscar Isaac for THE NATIVITY STORY, and Jim Caviezel for PAUL, APOSTLE OF CHRIST.

The Kairos Prize will also announce the winner of the 2022-2023 competition at this year’s Movieguide Awards. The Kairos Prize® is a scriptwriting competition that focuses exclusively on uplifting screenplays. Since its inception, more than 17 scripts submitted have moved into production and/or been released.

UPtv is the trusted network for adults seeking positive programming with relatable stories about relationships, filled with love and laughter, through exclusive premiere movies, box-office hit films and beloved series. UP Entertainment, home to UPtv, AspireTV, AspireTV Life, UP Faith & Family and Cine Romántico, is the destination for uplifting entertainment for passionate and diverse audiences across the leading cable, satellite and streaming platforms.

MARCEL THE SHELL WITH SHOES ON

REBA MCENTIRE: MY CHAINS ARE GONE

I HEARD THE BELLS

I HEARD THE BELLS – Stephen Atherholt