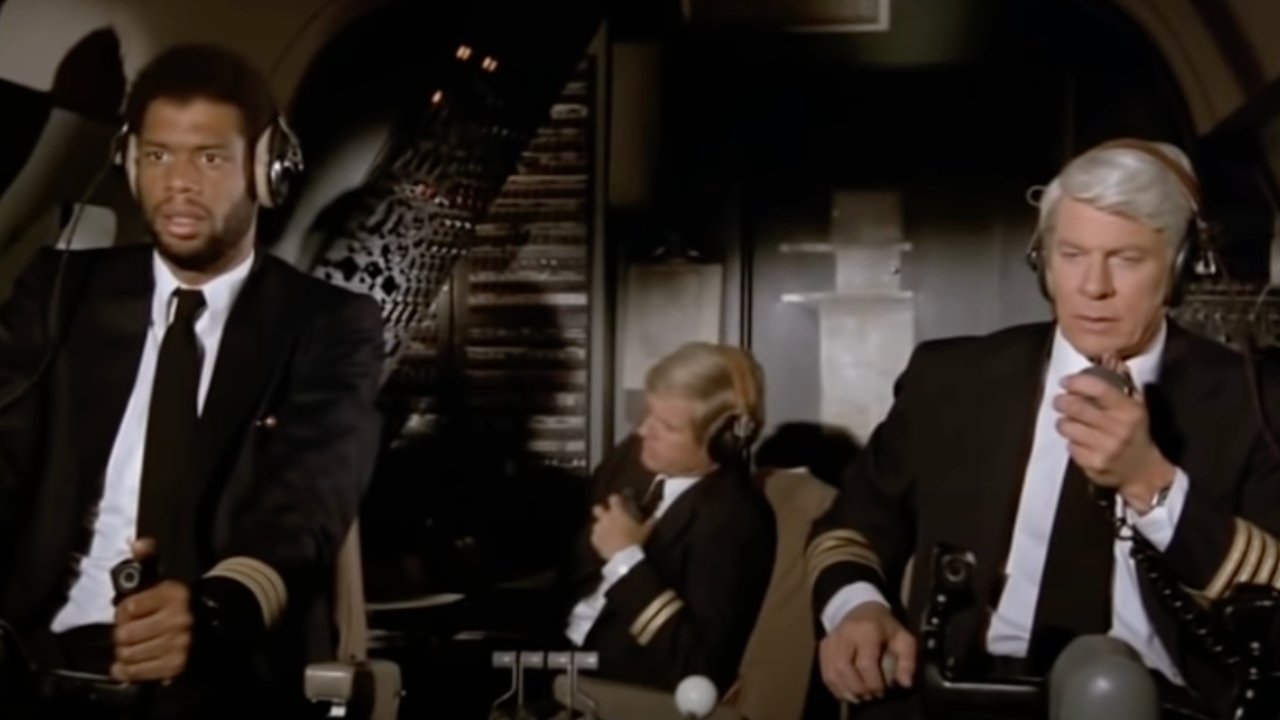 To quote former President Donald Trump, “Everything woke turns to [expletive].” It’s true of education and government, but one of the most tragic casualties of wokeness is comedy. That’s something that has become exceedingly clear, especially when one considers the great comedies and comics of years gone by that used to make Americans of all stripes and backgrounds laugh at their irreverent humor. Good comedies are like cultural relics, now few and far between.

One such now-classic film, AIRPLANE! is the kind of movie that just simply wouldn’t be made today — at least not with the shtick and punchlines that made it on screen in 1980. Its co-creator David Zucker recently opined in Commentary with his reflections on more than forty years of AIRPLANE! fans and why it wouldn’t work in today’s industry that acts at the behest of a small but loud mob of wokesters.

In his op-ed, Zucker recalls how a fan asked him “Could you make AIRPLANE! today?” to which he responded, “Of course, we could. Just without the jokes.”

It’s a true, although tragic, conclusion.

Apparently, even the recent re-release of the movie was in question thanks “talk at Paramount… over feared backlash for scenes that today would be deemed ‘insensitive,'” he explains:

I’m referring to scenes like the one in which two black characters speak entirely in a jive dialect so unintelligible that it has to be subtitled. I’ve lost count of the number of people who have said to me, “You couldn’t do that scene today.”

But I always wonder, why not? Half the gags in that joke were aimed at white people, given that the translation for [expletive] is “golly” — and the whole gag is topped off by the whitest lady on the planet, the actress who played the mom on “Leave It to Beaver,” translating.

The bit was evenhanded because we made fun of both points of view. No one ended up being offended by that scene, and all audiences loved it. They still do.

But today, such evenhanded comedy wouldn’t be allowed. Fortunately for more than four decades-worth of AIRPLANE! fans, the head of Paramount at the time — Michael Eisner — greenlit the movie and gave the world a lifetime of quotable lines. Zucker explains what Eisner understood about comedy:

Eisner somehow knew that comedy requires a certain amount of recklessness and that comedy writers and directors need to experiment until they hit that perfect note where a joke can illuminate uncomfortable subjects by giving us permission to laugh at them.

The understanding Eisner had doesn’t exist today though, and Zucker — like many — laments the downfall of comedy:

Today, we’re faced with social and political pressures that are tearing our country and our families apart. Not that I couldn’t do without some family members anyway, but the point is, we live in the most outrageous period in our recent history, when the need for humor is greatest, and yet we seem to be losing our ability to laugh at ourselves and our world.

Humor happens when you go against what’s expected and surprise people with something they’re not anticipating, like the New York Jets winning a game. But to find this surprise funny, people have to be willing to suppress the literal interpretations of jokes.

In “Airplane!,” Lloyd Bridges’ character tries to quit smoking, drinking, amphetamines and sniffing glue. If his “addictions” were to be taken literally, there would be no laughs. Many of today’s studio executives seem to believe that audiences can no longer look past the literal interpretations of jokes. Fear of backlash rather than the desire to entertain seems to be driving their choices.

I admit that their fear of audience retaliation is not entirely unwarranted. There is a very vocal, though I believe small, percentage of the population that can’t differentiate between Glue Sniffing Joke and Glue Sniffing Drug Problem. It is these people whom studio executives fear when they think twice about rereleasing “Airplane!” on its 40th anniversary, when they put disclaimers in front of “Blazing Saddles,” or when they pressure writers to remove jokes that are otherwise perfectly offensive.

Zucker isn’t defeatist about comedy, though. “Some people look at the mass exodus of comedy writers and proclaim that comedy must be dead,” he writes. “That’s not true. Comedy is not dead. It’s scared. And when something is scared, it goes into hiding.”

“The truth is, I still don’t fully understand why there’s a problem with making a joke that gets a laugh from an audience, even if it is mildly offensive,” explains Zucker. “Why cater to the minority who are outraged when most people still seem to have a desire to laugh?” And Zucker has done the rough math to figure out the population of the outraged minority:

In all fairness, 9-Percenters are not a new segment of society; they’ve always lived among us. The difference now is that social media amplifies the voices of even the smallest subgroups while the anonymity of the Internet removes all consequences.

This means that today’s 9-Percenters can hide behind screens and social-media handles as they attack any person on the Internet whose jokes offend them. The 9-Percenters of 40 years ago had to think twice about what they were sharing publicly, because at the end of the day, they had to sign their names to their reactions. Without this accountability, it’s all too easy for today’s 9-Percenters to attack and shame comedy writers into giving up on the genre.

Zucker concludes rightly that “We are in a comedy emergency” at the present moment. “If we continue on this path, no first responders will be able to help us. Humor will be reduced to five-second, anonymous memes on the Internet, and movie comedy will be reduced to pablum. Oh, wait. That’s where we are now,” he quips.

His call that “Comedy needs to come out of hiding, so that by the time ‘Airplane!’ turns 50, there will be contemporary comedies to rival it,” is important. We need creators, as Zucker writes, who will “weaponize our sense of humor and laugh so hard that we shake awake the soul of our country.”

This article originally appeared on TownHall. Reprinted with permission.