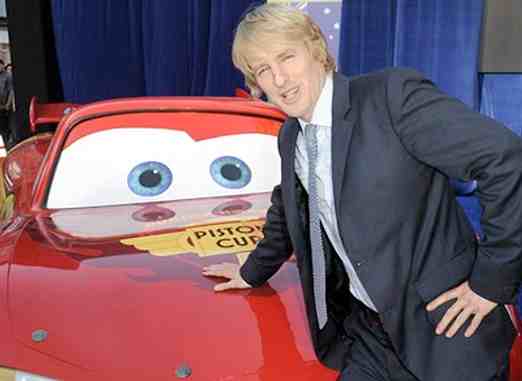 MOVIEGUIDE® recently had the chance to interview some of the cast members from CARS 2, plus Director John Lasseter, the creator of the CARS franchise and head of Pixar and Disney’s animation team headquartered in Burbank, Calif.

Caine, who talked to us from London, said he also loved the fact his grandchildren are delighted he’s appearing in the wild and funny feature. They’ve already played with the toy car from the flick, which uses Sir Michael’s voice in all its glory.

“I open my mouth and everyone knows who it is,” Sir Michael laughed.

“I’ve got three grandchildren,” he said. “And, of course, the reason I really wanted to do CARS 2 was because I wanted them to see me. They know my voice. They gave me a car with my voice, a little model car, and I brought it back here [to England]. My grandchildren played with it, and they know it’s me.

“So, I’ve got this tremendous bond now with my grandchildren through this film. Because, if you think about it, the films that I make, little children can’t go and see them. So, it was a wonderful opportunity for me.”

Larry the Cable Guy, who plays the real hero of the movie, the lovable tow truck Mater, said he loves his character’s positive attitude toward life.

Larry said his character, Mater, is marvelous because he’s a friendly, open-hearted character.

“Everybody thinks Mater is dumb,” Larry explained. “But, he’s not a stupid truck. He just does things differently. He’s lived in a small town all his life, but that’s not a bad thing. So what? He’s still a nice truck. Just because he doesn’t know how to use the bathroom in Japan doesn’t mean he’s a jerk. I think that’s a great way to be perceived. He goes to a foreign country and is nice to everybody. He may not know their customs, but he’s excited to be there. That’s a great message!”

“My husband is an American (Alessandro Nivola), and he sometimes feels like the perception (in Europe) is that he’s more stupid than they are. Then, he has to prove them wrong. Whereas I, on the other hand, am at an unfair advantage here because people assume that, because I talk with this posh, British accent, I must be intelligent, which isn’t necessarily true.”

Owen Wilson, who plays Mater’s best friend Lightning McQueen, said he most appreciates the innocent enthusiasm and energy his character always has.

“I move kind of slow,” he added, “so it’s nice to see something I’ve given voice to that has some energy.”

Owen said he was very happy that John Lasseter was going to direct the sequel, like he did on the first CARS movie.

“I was excited that John Lasseter was directing again, so it was nice to be working with him. This story was even more fun to do than the first one because the character was already established. On the first one, it was a lot of figuring the tone, and on this one it was a great adventure that these characters are on. I thought the friendship between Mater and Lightning McQueen was a hilarious, interesting thing to explore.”

“Quality is the best business plan,” says Lasseter, using one of his favorite quotes.

“I’ve always been interested in taking a look at our worlds in 3-D,” he noted. “We don’t do the gimmicky stuff. We like to include elements that look cool in 3-D, but don’t take you out of the story. They enhance the story.”

Story, of course, is the primary concern for Lasseter and his Pixar/Disney team at Disney, which is probably the most successful production team in film history.

He was asked why the rest of the movie industry hasn’t learned that lesson?

“People ask all the time, ‘How do you guys do it?’ How do you NOT do it? We love movies. We’re passionate about that at Pixar, and at Pixar, we stay focused on what we know is the most important thing: What movies do you like to go and see? I love to be entertained by a great story. That’s what drives us.”

He said the Pixar team constantly works on the story at each stage of several stages.

“At some point,” he noted, “every Pixar film is the worst motion picture ever made, because the story’s just not working, but we don’t give up on it. We trust ourselves. We trust the process. We trust the story we’ve gotten ourselves into, and we just keep developing and pushing. We won’t put something into production that we don’t think is working yet. We won’t release something that we don’t think is working. If it’s not something they can be proud of for the rest of their lives, I won’t do that. I just won’t do that.”

At the end of the movie, the Queen of England makes an entrance as a car. She has an elaborate crown on the top of her auto body.

“We started looking around,” Lasseter said, “and found these fantastic old luggage racks that are usually found on Land Rovers, or that sort of car. They were really big, and we said, ‘If we just made a really glitzy luggage rack and put big jewels in it, it kind of looks like a car crown.’ So that’s where the crown was derived from, an old luggage rack, but it’s really kind of fancy and cool.”

“I sat next to her at a dinner once, and she suddenly turned to me and said, ‘Do you know any jokes?’ ‘Yes, but not many I can tell you, your majesty.’ She said, ‘I’ll tell you one while you think of one you can tell me.’ Her joke was very funny. The queen has an incredible sense of humor.”

Sir Michael said he loved the name of his character, the lead British spy in CARS 2, Finn McMissile. He also really enjoyed returning to the spy genre that helped propel his career in the 1960s.

Unlike the James Bond characters, his iconic spy in the movie series from Len Deighton’s novels, THE IPCRESS FILE, FUNERAL IN BERLIN and THE BILLION DOLLAR BRAIN, behaved like a real person.

“There are spies who are the consorts to the king or something like that,” he explained. “And then, there’s the other type of spy which was the ordinary guy. I did my own shopping in the supermarket buying mushrooms. There was a reality to it.”

Sir Michael admitted, “I’m a Method actor. I’m Stanislavski and all that. I always do a back story. You use your own experiences in life and you use what Stanislavski called ‘sense memory,’ which is where you use things from your own life to make you laugh or cry, but you also do something which is very practical which is [something] Stanislavki said. He said, ‘The rehearsal is the work. The performance is the relaxation.’

“What that means is that, by the time you get to the performance, you’ve rehearsed it until you’re blue in the face, and, with the line, if someone said ‘Can you remember it?,’ you couldn’t say any other line because you’ve said it a thousand times, a quarter of a million times, and you are so relaxed about it. That’s the secret of Stanislavski. The rehearsal is the work.

“Also, you don’t study other actors. You sit on the subway and study real people. I do a lot of stuff. I watch the news all the time, and I’m always watching real people react to things.”

Lasseter said, “It was really fun coming up with the lemon cars of the world that would be the bad guys. We actually went to some of our friends who work in the automobile magazines and had them draw up a list of notoriously bad cars from around the world.”

Actor Joe Mantegna, who plays a bad Ford Gremlin car in CARS 2, said he actually owned a Pacer for awhile, another lemon car villain in the movie, and found that it had its good days and bad days.

“One person’s lemon is another person’s pineapple, I suppose,” he said.

“My two kids are grown,” he added, “so my daughter would be more excited if I came home with a new car for her.”

Peter Jacobson of TV’s HOUSE, who plays a villainous Pacer car in the movie, said, “I have an 8-year-old, so this movie is right up his alley. He’s really thrilled. My wife thinks the car looks like me.”

“This is the most glamorous I’ll ever be on celluloid,” Emily Mortimer said. “There is something so cool about being a nifty little purple sports car.”

“I’m too fat to fit through holes and stuff,” he joked. “I can’t squeeze through anything. I couldn’t get through the lasers.”