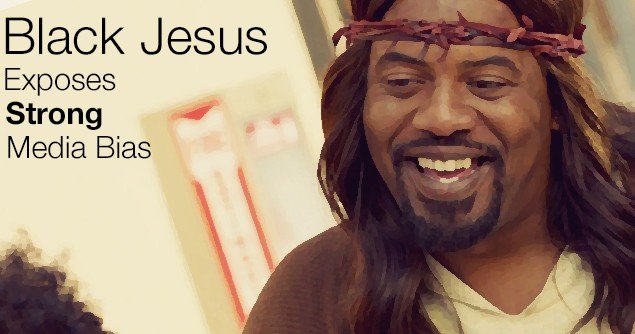 BLACK JESUS did air Thursday, August 7 in spite of requests by Movieguide® and others that the offensive show be canceled.

Variety Magazine wrote, “Crossing the third rails of race and religion, BLACK JESUS is guaranteed to offend some people. In fact, one might accuse Cartoon Network’s Adult Swim of a certain naïveté in green lighting a project where the rewards, even in success, are likely to be overshadowed by the negative blowback.”

Variety goes on to say, “So while there’s an audience within the Adult Swim profile that should find BLACK JESUS to its liking, the show’s flock had better show up in reasonably good numbers (by latenight standards, anyway), and relatively soon. Because in the modern history of TV, it doesn’t take much to give the higher powers a bad case of cold feet or, when faced with a controversy, prompt them to wash their hands of it.”

The premiere episode featured 88 profanities and has Jesus arrested for marijuana possession. He gets off by turning the marijuana into salad greens.

It is not naïveté to feature a “Jesus” who smokes pot and uses “f” words. It is purposeful. Fully knowing that BLACK JESUS is profoundly offensive Turner Broadcasting chose to tweak Christians. They enjoy it. Even if the show gets canceled there will be people who chuckle that they even got it on the air. They are at war with Christianity, and in particular, Christian morality.

It’s ironic that the day BLACK JESUS first aired on the Cartoon Network is the day young Christian children in Iraq were being beheaded. On the Internet you can see the bloody bodies of toddlers missing their heads.

Hatred and ridicule of Christianity is not funny; it is bigotry.

The great atrocities of world history begin with the demeaning of one group or another.

America’s major entertainment companies may not appreciate Christians, but they do appreciate their money. BLACK JESUS will undoubtedly be canceled when executives feel that Christian consumers are prepared to do damage to their profits. When the shows advertisers (including Unisom and Radio Shack) feel the heat from their customers, the show is in trouble.

Wouldn’t it be great if America’s entertainment executives had more respect for the 78 percent of Americans who consider themselves Christian and the 123 million Christians who go to church each week?

They really ought to consider something. In a “Christian” nation you have a choice to believe or not believe. You can make a program like BLACK JESUS. In an Islamic nation the bodies of executives that insult Islam would be missing their heads. In a Communist nation, the executives who mock Communism would find themselves in a gulag eating lice.

Those anxious to rid America of Christians really ought to think about what America would be like without Christians. After all Jesus Christ came to set each of us free, give us an abundant life filled with love for each other as we manifest His Spirit: love, joy, peace, patience, kindness, goodness, faith, gentleness, and self-control.  Is that what we want to remove?