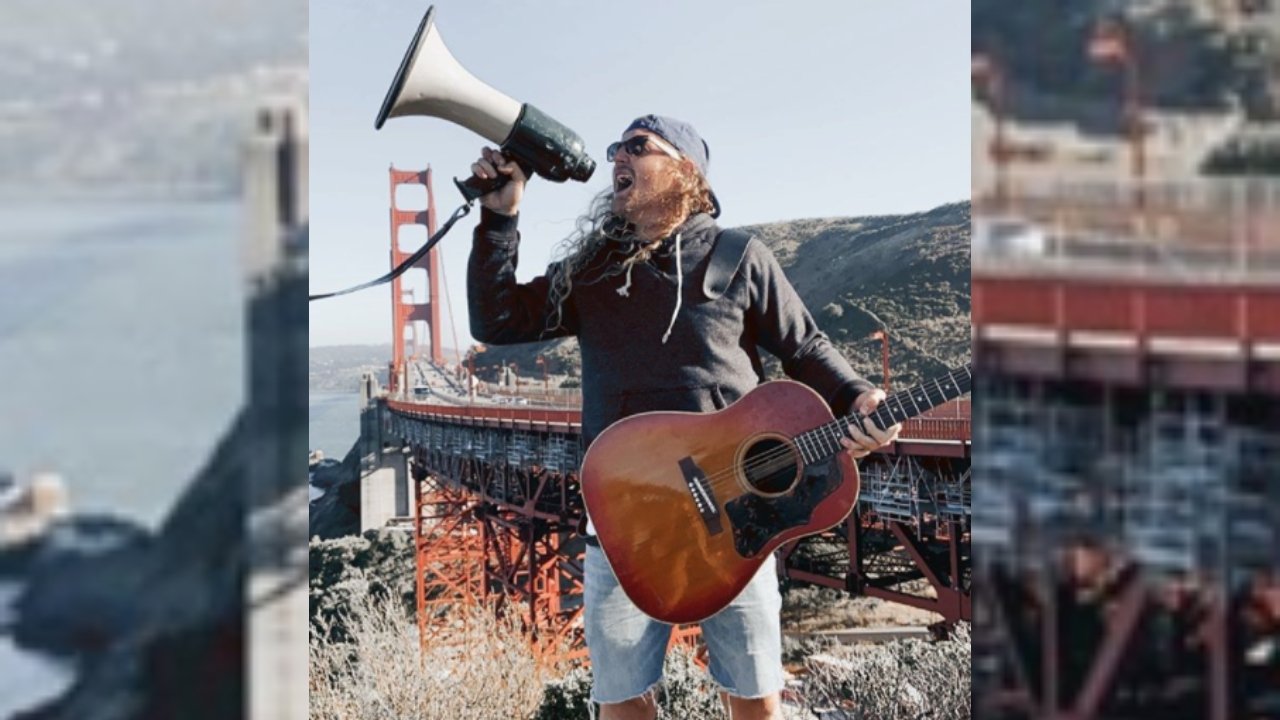 The original Jesus People Movement of the 1970s will hit the big screen with JESUS REVOLUTION, but worship leaders in California are declaring a second movement is on the horizon.

“There’s a revival taking place on the sand at Huntington Beach,” The LA Times reported earlier this month.

Led by Bethel Music’s Sean Feucht, founder of Hold the Line, hundreds of people across California are coming together to protest Gov. Gavin Newsom’s ban on worship by singing in public across the state.

Feucht has led illegal worship around the world, including in Iraq and North Korea.

Hundreds gathered tonight on the Golden Gate Bridge to sing their song, worship their God and celebrate their freedom! #HoldtheLine #LetUsWorship

“Nobody was angry,” Feucht told Fox News. “We were just like, ‘We want to worship. We want to declare a blessing over the state of California.’ When they persecute and discriminate, we bless. We want to release hope and we want to unify the sound of the church.”

He continued, “In response to the ban on singing, I believe, either one, it’s hypocrisy, because the state officials are largely encouraging protests, and I’m not discouraging them, and at worst, it’s discrimination against the church because we can’t meet in groups more than 100.”

Feucht said a dozen San Francisco police officers even showed up to protect the worshippers.

“We got to pray for each one of the police officers,” Feucht said. “It was pretty rad.”

After San Francisco, Feucht went to Orange County to work with Saturate OC and held public worship and baptisms on Huntington Beach.

“The church has left the building,” co-organizer Jessi Green said during the celebration.

“The season of hiding, timidity and political correctness is over. We are getting our roar back,” Hold the Line posted to Instagram.

According to The LA Times:

At least, 200 faithful evangelical Christians gathered [July 17] near lifeguard tower 20 to hear the word and be motivated to spread it. They sang and raised their hands skyward in praise. Several walked into the cool waves of the Pacific Ocean to be baptized at sunset.

Three girls, best friends from a youth group at Influence Church in Anaheim Hills, waded into the water together to be baptized again.

“Someone came up and prayed for me, and I felt like God spoke to me and I thought, why not?” said Bridgette Mayse, 16.

Annika Miller, 17, said dipping into the ocean again was for her “a reawakening of boldness.”

With the continuing COVID-19 pandemic, traditional indoor church services have been interrupted or reimagined, either voluntarily or by government decree. On the beach, there were no pews or a steeple. Gulls and paragliders soared overhead instead.

Feucht and fellow believers across California are “DECLARING A NEW JESUS PEOPLE MOVEMENT IN CALIFORNIA!!!!!!!! ITS TIME!!!!”

The original Jesus People Movement was birthed in the 1970s as youth around the country came to Christ. The movement came out of Explo 72, which was mentioned in WOODLAWN.

WOODLAWN was nominated for the 2015 Epiphany Prize® for Most Inspiring Movie.

Pastor Greg Laurie, founder of Harvest Crusades, also came to Christ during the Jesus People Movement. His story will be told in JESUS REVOLUTION from director Jon Gunn and the Erwin Brothers’ studio, Kingdom Productions.

What God did last night is in Orange County is still just 🤯! Please share this video to stir hope and faith for today!