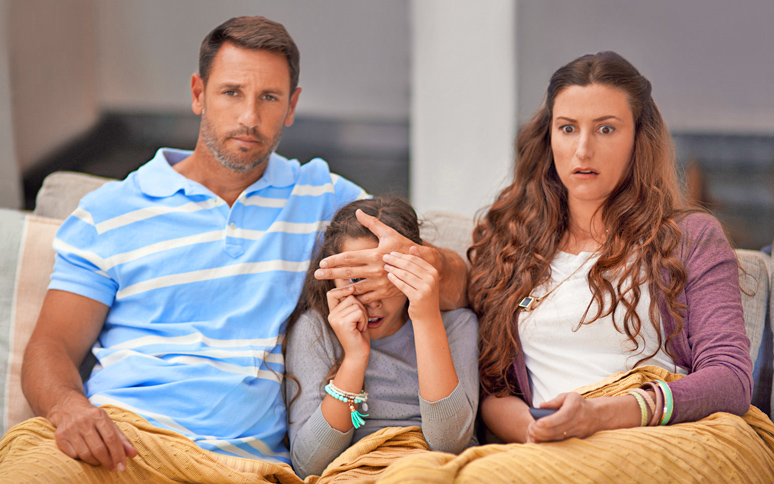 “But if anyone causes one of these little ones who believe in me to sin, it would be better for him to have a large millstone hung around his neck and to be drowned in the depths of the sea.”

“…The pursuit of truth and beauty is a sphere of activity in which we are permitted to remain children all our lives.”

Movies can and do have tremendous influence in shaping young lives in the realm of entertainment towards the ideals and objectives of normal adulthood.

“Movies are one of the bad habits that corrupted our century. Of their many sins, I offer as the worst their effect on the intellectual side of the nation. It is chiefly from that viewpoint I write of them − as an eruption of trash that has lamed the American mind and retarded Americans from becoming a cultured people.”

Fact:  Parents have a far greater fear of their child being molested by some stranger in public than of having their minds molested by media, yet the latter is far more common than the former.

A few years back the evening news broadcast a story about a babysitter in Dallas, Texas who had molested the baby she was supposed to protect. The parents, who had become suspicious of the sitter, installed a hidden camera in their living room. The evening news showed what the parents saw:  the babysitter starting to undress in front of the baby and then cut away. The news anchors were horrified and wondered how the parents had failed to check this sitter’s credentials. The news team closed by remarking that this type of abuse probably occurred more often than anyone knew. What they didn’t report was what influenced the babysitter to behave in such a manner not about the influence of the TV news report on susceptible viewers.

There is one babysitter who’s constantly abusing millions of our children. That babysitter is mass media of entertainment:  television, streaming, video games, movies, and much more. No one fires this babysitter or brings criminal charges against it, nor do many people try to rehabilitate it, but it could well have been what inspired the Dallas babysitter to do what she did.

No matter how much we condemn the mass media for influencing the behavior of our children, we must admit there are several accomplices in this tragedy. They include churches that don’t instruct parents in how to teach their children discernment and parents who allow their children to watch television, go to movies, play video games, or surf the Internet without adequate supervision or training in the necessary discernment skills.

When was the last time you heard a sermon on what you can do to raise children with a rock solid biblical moral foundation that can withstand modern media influence?

Understanding why and how the mass media influence children and adults the way it does is an extremely important step in protecting your children and helping them develop the necessary critical thinking skills and discernment.

Many scientists have argued that there’s such a significant body of evidence on the connection between the content of the mass media (such as violence) and behavior (especially aggressive behavior) that researchers should move beyond accumulating further evidence and focus on the processes that are responsible for this relationship. Recent research has focused on developing theories that explain why and how that relationship exists.

Many of the theories that have developed involve the stages of cognitive development of children. Although there are many factors that are common to all ages of development, there are also unique distinctions between each stage of child development that require different treatment with regard to exposure to and training about the mass media.

Children often see the world and the media quite differently than adults. Parents generally look at television programs semantically (in terms of the meaning of what is said or what is happening). Children see syntactically (in terms of the action and special effects in the program). Thus, with regard to music, a mother will say to her child, “Did you hear the lyrics in that awful song?” The child will respond, “Ah, Mom, I don’t listen to the words. Did you hear how cool it sounds?”

This generation gap was highlighted when a little boy asked Mr. Rogers of MR ROGERS’ NEIGHBORHOOD how he got out of the television set to be with them that day. He said that he was never in the television set and carefully explained how TV worked. Then, he asked the boy if he understood him. He said “Yes, but how are you going to get back into the TV so I can watch you this afternoon?”

Cognitive development is often directly impacted by the mass media. It’s important to understand that cognition is not thinking; rather, thinking is part of cognition, and cognition itself is the process of knowing, which philosophers and theologians call epistemology. Cognitive development is similar to building a house step-by-step from a blueprint, or to adding colors to our mental palette, or to installing an operating system in a computer so that the computer can then do all the tasks, or thinking, that you direct it to do.

A computer is designed with processors and memory chips ready to receive an operating system, the software you wish to add and the files you wish to create using the software. Children are born with a brain ready to receive a worldview and the information necessary to talk, walk, play a piano, or become an artist. A child’s worldview is not downloaded and installed in minutes. They don’t learn to play a piano with a purchase in some app store. Their growth in understanding and abilities involves cognitive development. It is truly a miracle to behold to observe a baby develop the ability to speak a language. It’s more amazing than to watch a seed become a seedling and then mature into a plant producing seeds of its own. Just as a seed goes through stages of growth, so does a child’s mind. Stages can’t be skipped, and there are special needs at every stage. The seedling that will one day need full sunlight, may need some sun protection when it’s young and tender.

Each of the tasks necessary for a child’s development must be done correctly and in the right order, or the result can be a disaster. The human operating system develops over many years in a series of stages. Each stage has unique characteristics and each stage must develop properly.

Once, when I was teaching at an Ivy League graduate school, a woman in the audience shrieked because her toddler had picked up a sharp X-acto type knife and was about to do what every toddler does with whatever they pick up, which is put it in his mouth. After quickly taking the sharp tool away from her toddler, the mother started to lecture him.

After the wave of concern in the room died down, I noted to the mother that toddlers are in the sensation stage of cognitive development, which merely means that they learn through their senses, and that taking the object away from her child was the right thing to do, but lecturing the toddler would have no effect because the toddler was not at the stage of development where he could understand the logic of her arguments. Thus, I noted toddlers have to be protected by their parents and can’t be expected to make wise decisions when they’re presented with dangerous situations. The warning “keep out of reach of children” is very important, even if you try to explain to a child that a pill containing an adult dose of medication is not the same as a piece of candy.