James Cameron: King of the Hypocrites 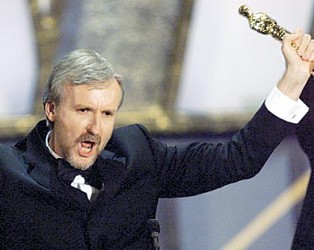 The AVATAR director was determined to expose journalists, such as myself, who thought it was important to ask questions about climate change orthodoxy and the radical “solutions” being proposed.

Cameron said was itching to debate the issue and show skeptical journalists and scientists that they were wrong.

“I want to call those deniers out into the street at high noon and shoot it out with those boneheads,” he said in an interview.

Well, a few weeks ago Mr. Cameron seemed to

His representatives contacted myself and two other well-known skeptics, Marc Morano of the Climate Depot website and Andrew Breitbart, the new media entrepreneur.

Mr. Cameron was attending the AREDAY environmental conference in Aspen Colorado 19-22 August. He wanted the conference to end with a debate on climate change. Cameron would be flanked with two scientists. It would be 90 minutes long. It would be streamed live on the Internet.

They hoped the debate would attract a lot of media coverage.

“We are delighted to have Fox News, Newsmax, The Washington Times and anyone else you’d like. The more the better,” one of James Cameron’s organizers said in an email.

It looked like James Cameron really was a man of his word who would get to take on the skeptics  he felt were so endangering humanity.

Everyone on our side agreed with their conditions. The debate was even listed on the AREDAY agenda.

But then as the debate approached James Cameron’s side started changing the rules.

They wanted to change their team. We agreed.

They wanted to change the format to less of a debate-to “a roundtable.” We agreed.

Then they wanted to ban our cameras from the debate. We could have access to their footage. We agreed.

Bizarrely, for a brief while, the world’s most successful filmmaker suggested that no cameras should be allowed – that sound only should be recorded. We agreed.

Then finally James Cameron, who so publicly announced that he “wanted to call those deniers out into the street at high noon and shoot it out,” decided to ban the media from the shoot out.

He even wanted to ban the public. The debate/roundtable would only be open to those who attended the conference.

We all agreed to that.

And then, yesterday, just one day before the debate, his representatives sent an email that Mr. “shoot it out” Cameron no longer wanted to take part. The debate was cancelled.

Does he genuinely believe in man-made climate change? If he believes it is a danger to humanity, surely he should be debating the issue every chance he gets?

Or is it just a pose?

The man who called for an open and public debate at “high noon” suddenly doesn’t want his policies open to serious scrutiny.

But that is not going to happen because somewhere along the way James Cameron, a great filmmaker, has moved from King of the World to being King of the Hypocrites.