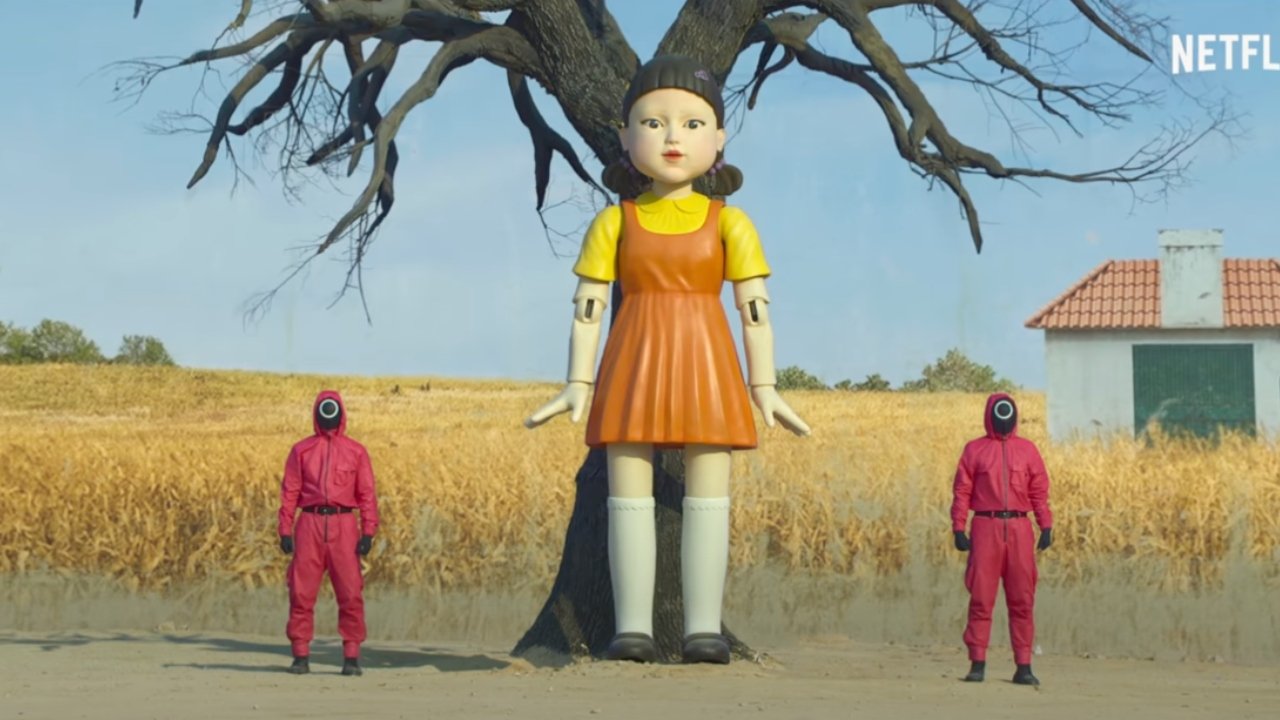 SQUID GAME may be the most popular show to stream on Netflix in the platform’s history, but it’s far from acceptable for your family. Movieguide® viewed the series and found excessive use of violence and language, as well as a false worldview centered on power and money.

SQUID GAME is about a gambling addicted father, Seong Gi-Hun, who wants to get his life together for his daughter. He is approached by a man who offers him a chance of a lifetime to play games and win money.

Seong Gi-Hun joins the games with 455 other players, and they soon all realize that the games are not as simple as they seem. The game director and workers are pure evil as they ruthlessly kill players as they are eliminated from the game. By the sixth game, only one player remains. For each player killed, an amount of money is deposited into a piggy bank for the prize money, more than 45 billion won.

The show is available in many languages with subtitle options. Though SQUID GAME is visually pleasing, the content is excessive for even adults, and extreme caution is advised.

Despite its rapid rise to success, viewers and their children should be aware of the faults this show contains.

One of the largest flaws in the show is killing and violence.

When someone is eliminated from the games, they are murdered. Some scenes are more graphic than others, however. The first game of Red Light Green Light is the most excessive. Multiple people are eliminated at a time, and viewers can see the utter fear take over the remaining contestants as they realize they are about to die.

There is also a scene where someone commits suicide due to the pressure of the games.

One of the most grievous character developments in the show is seeing innocent people turn into murderers outside the games and even in common areas when the games are not being played.

Characters use excessive foul language clearly meant for mature audiences with multiple profanities and obscenities used throughout the series. There is also some potty humor, as well as sexual content with a graphic sex scene and male and female nudity, along with naked women are covered in body paint. There is also a discussion of homosexual actions, though the character does not go through the action.

Furthermore, SQUID GAME contains scenes with social drinking and some smoking of cigarettes. One of the most prominent themes in this show is gambling. Therefore, many of the characters are gamblers willing to risk everything they have for these games for the chance to be 45 billion won richer. There are also depictions of theft and some of the main characters are con-artists. The stealing in this show goes from money to food.

As entertaining and popular as SQUID GAME may be, it is not suitable for children or teenagers. The one redemptive element is loyalty, but unfortunately, that, too, changes as the games intensify. Movieguide® finds SQUID GAME to be excessive.