Wildfires Descend on Hollywood Driving Celebrity Families From Their Homes 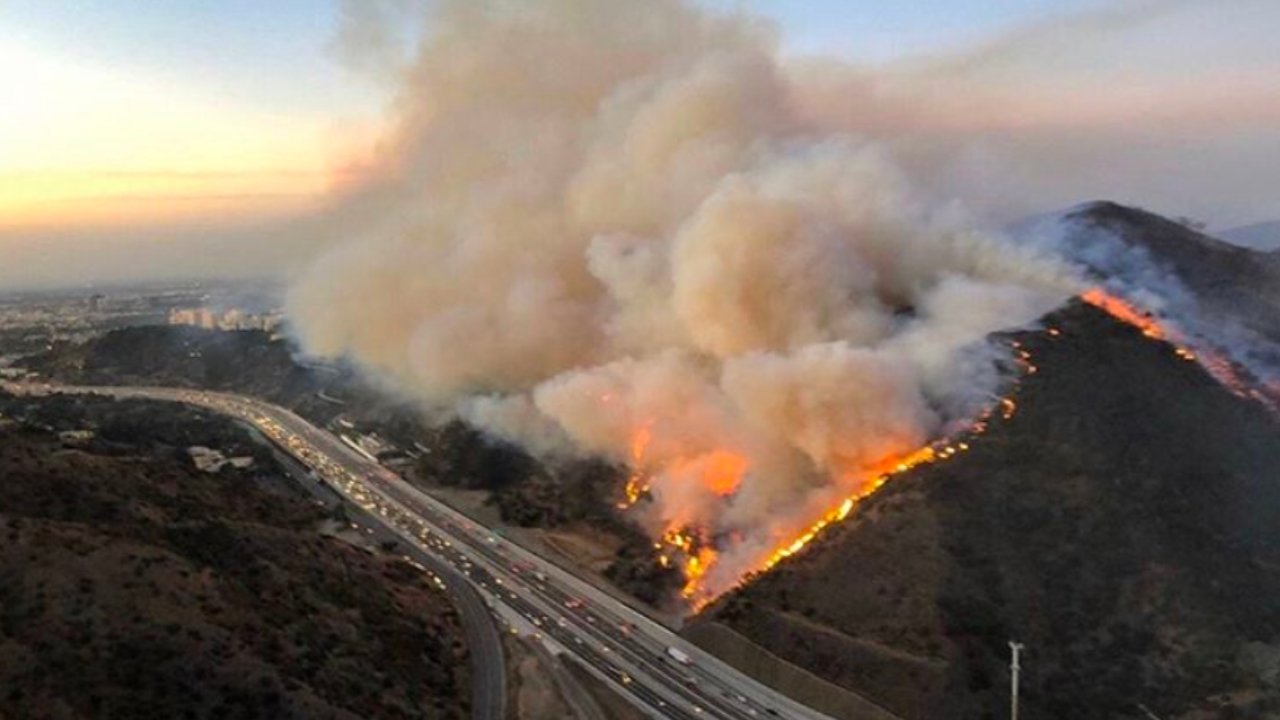 Descend on Hollywood Driving Celebrity Families From Their Homes

Wildfires engulfed the famous Sepulveda pass region near Hollywood over the weekend. The raging flames have forced many celebrities from their homes in search of safety.

Many famous celebrities shared their experience on social media.

Basketball legend Lebron James of the Los Angeles Lakers tweeted about the widespread damage of the Getty fire:

Man these LA 🔥 aren’t no joke. Had to emergency evacuate my house and I’ve been driving around with my family trying to get rooms. No luck so far! 🤦🏾‍♂️

We evacuated safely at 3:30 this morning. If you are in an evacuation zone, don’t screw around. Get out. Right now I am grateful for the best firefighters in the world, the true action heroes who charge into the danger to protect their fellow Californians. #GettyFire

Praising the @losangelesfiredepartment and all those risking their lives to save so many others.❤️🙏🏼 Please consider donating at the link in my bio to the @lafdfoundation to support these real life heroes. We are forever #grateful to you all. #gettyfire xoRZ #repost

The Getty fire, named for the famous art museum in the area, rages on the southwest corner of Los Angeles and forced officials to shut down the infamous 405 freeway.

Many of the Californian fires, both the southern and northern parts, are caused by the Santa Ana winds that upset debris and spread embers.

As fires to continue to pop up in the Hollywood region and northern California, please keep the first responders and those affected in your prayers.

Scroll for more photos of the devastating fires.

#GettyFire: Flames from the wind-driven blaze raged next to the 405 Freeway as commuters drove through the Sepulveda Pass on Monday. The fire had burned multiple homes in the Brentwood area and more than 500 acres at the time of this post. School closures, evacuations and more at the link in our bio 🚁: @sky5tim 📹: @laflyingcameras #ktla #brentwood #LAFD #californiawildfires

Both Getty sites remain safe from the #GettyFire thanks to the heroic efforts of @losangelesfiredepartment and its sister agencies. Firefighters are stationed at the Getty Center to serve as lookouts and to assist with logistical support for air operations. The #GettyCenter and the #GettyVilla will be closed on Tuesday, October 29, 2019, to allow ample space for emergency responders to continue their work.

The #GettyFire broke out shortly before 2 a.m. along the 405 Freeway near the Getty Center and spread to the south and west, rapidly burning more than 500 acres and sending people fleeing from their homes in the dark. About 10,000 structures were under mandatory evacuation orders and schools in the area are closed along with the @gettymuseum and Villa. Our paywall is dropped for all of our Getty Fire coverage. Visit the link in our bio to stay up to date. 📸: @bvanderbrug