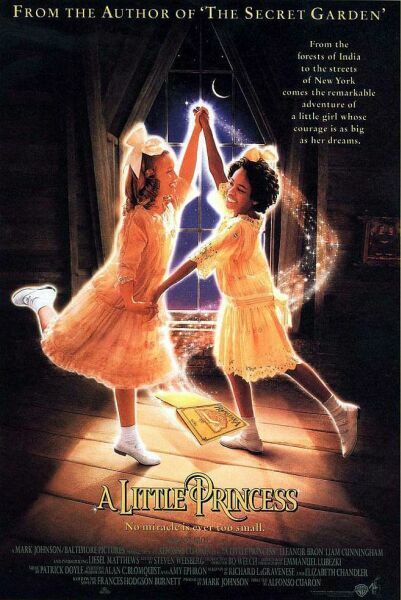 Featuring Liesel Matthews, Liam Cunningham and Elanor Bron, A LITTLE PRINCESS is the heartwarming and delightfully funny story of a precious, precocious little girl seemingly orphaned by her father's war-time death. All ends well in this well-crafted adventure movie which could well become a family classic.

Every once in a while a movie comes along that so innocently touches the heart as to become a classic. Such is A LITTLE PRINCESS, the story of a wealthy, precious and precocious little girl, Sarah Crewe and her adventures at Miss Minchin’s School for Girls. It is also the tale of her father’s separation from her by the horrors of war, her time living as an orphan and their subsequent triumphant reunion. Raised in the jungles of India, young Sara lives in a world filled with exotic experiences and an adoring father, who he is forced to leave her at the boarding school while he goes to fight in W.W.I. When he is reported killed, Sara is reduced to poverty until a miracle happens.

A LITTLE PRINCESS is a very good technical production. Casting is impeccable; every character is memorable. The story (taken from the family favorite by the same name) is well written, and the cinematography is at times breathtaking. The acting performances are simply delightful. In this movie, magic (“believing in what you want and yet cannot see”) is portrayed as somewhat similar to what the Bible calls faith. This is a child’s innocent representation of a source of hope in the midst of an otherwise hopeless situation. As such, it should not be faulted. All ends well in this well-crafted adventure movie which could well become a family classic.

Rent or Buy A LITTLE PRINCESS: