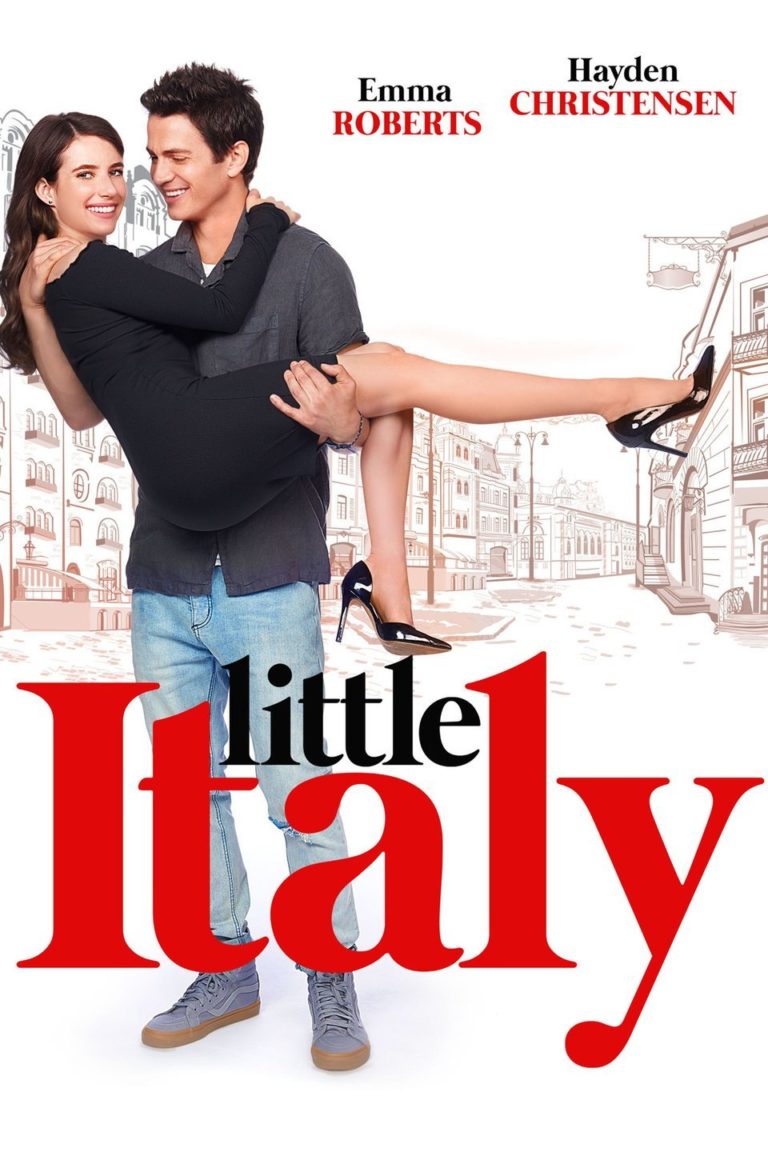 LITTLE ITALY is a romantic comedy from Canada about Leo and Nikki, adult children of two fathers who once owned the best pizza shop in Toronto together. A fight over pizza separated the two fathers and a longtime feud ensued. Years later, Nicki, a culinary arts student, returns to Little Italy to update her visa so she can work in London for a top chef. However, when she returns to Toronto, it’s business as usual, with both fathers still feuding. After spending more time with Leo, old feelings come to the surface. Can Leo and Nikki put aside the family feud to find love?

LITTLE ITALY has an excellent narrative structure, with appealing performances by a great cast. It has many funny and touching moments, and even some positive Christian references promoting family bonds and true love conquering pride. However, the movie contains a light Romantic, antinomian worldview that sometimes values emotions over objective moral standards. It also has lots of gratuitous foul language, some explicit bas-relief sculptures of the Kama Sutra in an Indian restaurant, and many lewd comical innuendoes. Consequently, MOVIEGUIDE® advises extreme caution for LITTLE ITALY.

(Ro, FRFR, CC, BB, CapCapCap, HoHo, PCPC, LLL, V, SS, NN, AA, DD, M):
Dominant Worldview and Other Worldview Content/Elements:
Light Romantic, antinomian worldview values emotions over objective moral standards and there’s an altar to the Virgin Mary and an Indian restaurant with Hindu Kama Sutra sculptures on its wall to add some humor, but Italian grandmother regularly visits Catholic church and makes positive statements about Christianity and God and there’s a positive statement about Jesus and original sin as well as family is valued, love conquers pride and capitalists are extolled, plus a supporting homosexual character finds a romantic interest for himself at the end and the movie’s treatment of this is a bit politically correct
Violence:
Light somewhat comical violence involves two slapping scenes and a brief food fight, girl hit in head with soccer while being an informal goalie, a firecracker prank is pulled twice, and another soccer one-on-one contest
Sex:
Lewd Kama Sutra sculptures at an Indian restaurant are rather revealing, two scenes of implied fornication, some sexual innuendoes, light suggestive dancing in one scene, passionate kissing in one bedroom scene, policewoman inappropriately frisks leading male character, and a supporting character reveals he’s homosexual
Nudity:
Explicit nudity in some explicit Hindu Kama Sutra sculptures in an Indian restaurant is used for humor, brief naturalistic rear nudity, some naturalistic upper male nudity, and woman wears a bra in one bedroom scene
Alcohol Use:
Alcohol use and woman gets inebriated and passes out
Smoking and/or Drug Use and Abuse:
Brief smoking and one scene of pizza being spiked with marijuana; and,
Miscellaneous Immorality:
Children pull a prank with a small firecracker, the fathers of the hero and heroine are involved in a long feud and have pulled pranks on one another, lying.

In LITTLE ITALY, viewers get a comedic glimpse into the rich tradition of Italian culture – in Toronto, Canada! Sal Angiole and Vince Campo are best friends and owners of Pizza Napoli, a family run restaurant in the heart of their neighborhood, Little Italy. Their restaurant is run on love, passion and pride to make the best pizza. These values are taught to their children and grandchildren, Sal’s daughter Nicki (Emma Roberts) and Vince’s son, Leo (Hayden Christensen.)

Now, years later, both kids have grown. Nikki attends culinary school in London as one of the school’s top students. Her teacher, a female chef (Jane Seymour), is opening a new restaurant, and Nikki is competing for the job. To do so, however, she must return to her hometown, Little Italy, after five years and update her visa.

When she returns to Toronto, she comes face to face with Leo, her love interest since she was a child. She also faces a longtime feud between Vince and Sal, who got into a fight after they won a contest for best pizza in Little Italy years ago.

Nikki and Leo reunite at Luigi’s bar and compete in a soccer game, which helps Nikki return to her roots and reclaim the love lost between them. As Nicki and Leo grow closer, they become more and more fearful to reveal their budding love to their fathers, who will strongly disapprove due to the ongoing feuding.

Meanwhile, Nikki and Leo’s widowed grandparents are secretly seeing one another on the side. Also, Leo’s grandfather wants to propose to Nikki’s grandmother, a churchgoing Catholic who’s not sure she wants to marry at her age.

Will love find a way? Can the two feuding fathers put aside their pride?

LITTLE ITALY has an excellent plot and narrative structure, with appealing performances by a great cast. It has many funny and touching moments. Even better, the Catholic grandmother and other characters make positive references to Christianity and God, and there’s a positive reference to Jesus Christ and original sin. The movie’s Christian references promote family bonds and a premise where love conquers pride.

However, the movie has a light Romantic, antinomian worldview that values emotions over objective moral standards in several important scenes. There’s also a scene with an altar to the Virgin Mary instead of Jesus Christ. In addition, the movie contains a gratuitous amount of foul language and lewd innuendoes and double-entendres, including more than a dozen light profanities. Also, a supporting character who only appears in a few scenes discusses his homosexual inclinations and finds a romantic interest at the end. Finally, one scene involves a visit to an Indian restaurant with a lot of fairly explicit bas-relief sculptures on its walls of people engaged in nude clinches and orgies from the Kama Sutra, a Hindu cult promoting sexual immorality and perversion. Two scenes of implied fornication add to all these problems.