"Forgive Your Earthly Father, As Your Heavenly Father Forgives You" 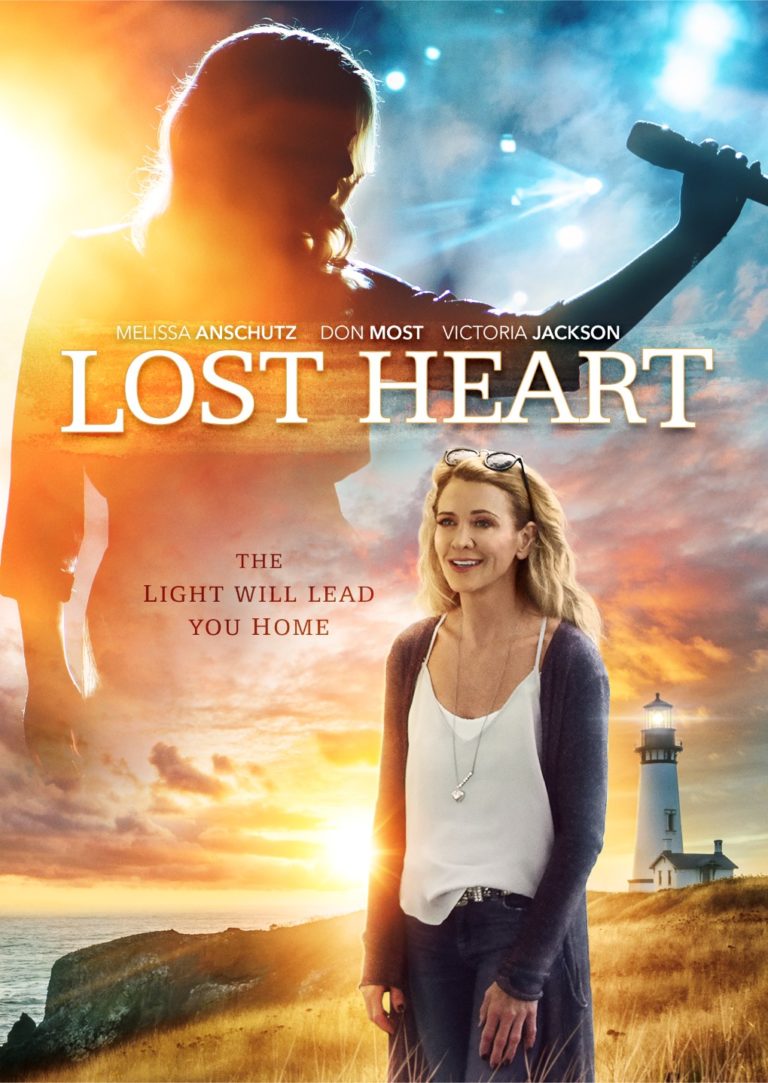 LOST HEART is an enjoyable movie about a troubled starlet who returns home after her father’s death. Country superstar Hannah Sweet returns to Lost Heart, Michigan for her father’s funeral. She soon remembers why she hasn’t returned home in years. Her father was an abusive alcoholic, but her surviving friends and family assure her that he gave his life to Jesus and became a changed man. It’s going to take more than their encouragement, however, to convince Hannah of his conversion. Can they show Hannah the power of Christ’s Gospel? Will His forgiveness be sufficient for even the great Hannah Sweet?

LOST HEART is a heartfelt, inspiring faith-based movie with a strong Christian, evangelical worldview. Characters proclaim their faith in Jesus Christ and what He’s done in their lives. There’s also an emphasis on God’s Grace, forgiveness, Holy Scripture, prayer, and heavenly angels. Two women mention they sold their soul to have fame and fortune, but the pastor encourages them that Jesus is greater than the Devil. LOST HEART warrants caution for older children due to some violence and references to substance abuse.

(CCC, BBB, Pa, FR, V, AA, DD, M):
Dominant Worldview and Other Worldview Content/Elements:
Very strong Christian, biblical, moral, evangelical worldview where a pastor recounts a Bible story to a friend and believes in the power of angels, character asserts that “blessed is better than lucky,” a woman prays, repentance and forgiveness are stressed, crosses depicted, two women believe they sold their sold to the Devil for fame and stardom to get out of their small town, but the pastor encourages them that Jesus is greater than the Devil and anoints them with oil to cleanse them, and a New Age pagan element when a character talks about energy readings in the sky because he’s a UFO connoisseur,but he’s really looking for truth in his life
Foul Language:
No obscenities or profanities, a rude man spits in his daughter’s guitar, woman spits on the corpse of her father, mention of a man accidentally swearing during church, mention of cat excrement, and an irate father calls his daughter a whore
Violence:
Starlet breaks a glass and cuts her hand in the process and a reference to someone who got murdered with an axe in the chest
Sex:
No sex scenes or sexual immorality
Nudity:
No nudity
Alcohol Use:
Starlet drinks and breaks a glass when she storms off an interview set drunk, a starlet recounts her father’s alcoholism, and adults drink socially, but alcohol abuse is rebuked
Smoking and/or Drug Use and Abuse:
Woman smokes periodically, and a woman smokes marijuana; and,
Miscellaneous Immorality:
Starlet yells at a reporter but comes around by the end of the movie, and a character lies briefly, but they change for the better.

LOST HEART is an enjoyable movie about a troubled country starlet who returns to her hometown after her father’s death, where she must confront her feelings about the Gospel of Jesus Christ. LOST HEART is a heartfelt, inspiring faith-based movie with a strong Christian, evangelical worldview, but MOVIEGUIDE® advises caution for older children because of some violence and references to overcoming substance abuse.

The movie begins with two older gentlemen, Harris and Milo, in their car looking up at the stars for a “close encounter” with UFOs. Apparently, Harris is something of a UFO fanatic. However, when Harris has a heart attack, things get a bit dicey.

Cut to a superstar, Hannah Sweet, who’s giving an interview about her life in between sips of alcohol. It’s clear she’s washed up and not on her A-game. Her manager tells her she’s just one bad move away from being last week’s news. He tells her she needs to go home to Lost Heart, Michigan. Her father, Harris, died, and she needs to be there for the funeral.

When Hannah returns, she meets her father’s friend, Milo William, who was with him during the heart attack. Hannah rides with Milo, a local pastor, to her home and has a flashback of Harris’s abusive behavior when he was drunk. She never knew the Harris that Milo knew, the man who had faith in Christ and lived a sanctified, reformed life.

Meanwhile, Hannah’s car is in the shop, so she must get around on foot. She walks to her mother’s house and has a sweet reunion with her mother. However, not even her mother’s affirmations of her father as a changed man are enough to convince her he has a changed heart. At the same time, reporters flock to Lost Heart to see how Hannah fairs with her grief in her small hometown.

Will the people of Lost Heart be enough to show Hannah the power of Jesus Christ’s saving grace? Will His portion of forgiveness be sufficient for even the great Hannah Sweet?

Only a few more hiccups in Hannah’s hometown journey will be able to satisfy these questions completely.

LOST HEART tells a heartfelt, inspiring faith-based story. The movie’s best part is where the movie shows that, over time, people can become redeemed spiritually and emotionally. The movie’s cinematography and image quality are also good, and the movie has a great cast. LOST HEART is clearly a solid independent faith-based movie with only some melodramatic moments to detract from its overall quality.

Even better, of course, LOST HEART has a strong Christian, moral worldview. Characters relay their faith in Jesus Christ, and what He’s done in their lives. There’s also an emphasis on God’s Grace, forgiveness, Scripture, prayer, and heavenly angels. In the story, two women who mention that they sold their soul to the Devil to have fame and fortune, but it’s clear that Jesus washes away even their darkest moments. At one point, one UFO connoisseur talks about energy, but he’s searching for answers to truth. MOVIEGUIDE® advises caution for older children due to some violence and references to overcoming alcohol and drug abuse.