"Don’t Let the Past Crush the Future" 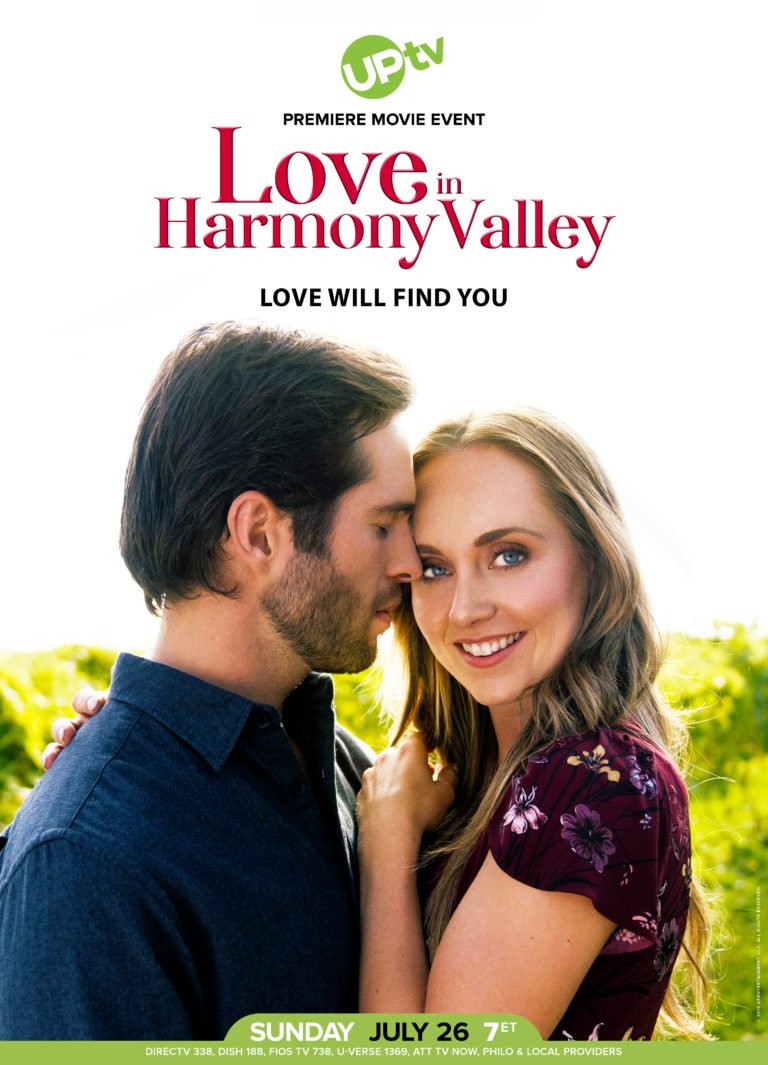 LOVE IN HARMONY VALLEY follows Will and Emma as they try to convince the people of Harmony Valley to approve a plan to reopen the town’s closed winery and bring new jobs and revenue to the people. Just when it looks like the plan is going to get approved, Emma’s grandmother, Rose, intercedes and could cause the whole thing to crash. Meanwhile, Will and Emma begin to develop feelings for one another while working together.

Based on a novel by Melinda Curtis, LOVE IN HARMONY VALLEY is charming and contains just enough mystery and conflict to keep audiences engaged. It also has a strong pro-capitalist worldview where characters want to revive an old business and revamp the town to bring in more jobs, revenue and tourism. The movie also showcases moral elements like taking care of your family and friends and working together for a common goal. However, the story does focus on reopening a winery and has some moments where a character experiences panic attacks, which could scare some younger children. Even so, LOVE IN HARMONY VALLEY is worthwhile and wholesome.

(BB, CapCap, PP, Ro, V, N, A, M):
Dominant Worldview and Other Worldview Content/Elements:
Strong moral, pro-capitalist worldview where characters want to revive a small town in America to bring new jobs, revenue and tourism to its residents, plus family and taking care of one another are extolled, and there are some Romantic elements where two characters fall in love while working together for the town
Foul Language:
None
Violence:
Car accident and one character has several panic attacks, and one attack puts her in the hospital
Sex:
No sexual immorality, a romantic couple kisses twice
Nudity:
Upper male nudity by two men working in a vineyard
Alcohol Use:
Wine is talked about throughout because people are trying to reopen a winery, wine consumed twice, and a beer is seen but not drank
Smoking and/or Drug Use and Abuse:
No smoking or drugs; and,
Miscellaneous Immorality:
One character is selfish and doesn’t want the town to change at any cost, but eventually relents and sees all the good that the revived business can bring.

Based on a novel by Melinda Curtis, LOVE IN HARMONY VALLEY follows Emma, Tracey and Will in their small hometown of Harmony Valley. Tracey and Will are siblings and grew up with Emma, who they consider a sister. Emma and Tracey were in a car accident that left Tracey in physical therapy and Emma with horrible panic attacks.

After the accident, Emma left with no explanation to Tracey or Will and moved to the big city. Will was forced to move home to take care of Tracey and help her get back on her feet after the accident. Emma comes home for a quick visit to see her grandmother, Rose, and Tracey for the first time since the accident. However, she’s not allowed into the hospital unless a family member approves.

Will sees Emma in the waiting room and is very angry at her for showing up. He doesn’t approve her seeing Tracey, and this makes Emma upset. She goes out to her car and experiences a panic attack. Emma decides she’ll see Tracey however possible, so she sneaks into the hospital wing where Tracey’s living. Tracey welcomes her with open arms and forgives her for leaving, but Will isn’t so quick to forgive and forget.

Since being home, Will and his friend, Flynn, come up with a plan to open the old winery in the town. Will, Tracey and Emma have fond memories of playing and working there when they were younger because their families owned the business.

That evening, Emma tells her grandmother, Rose, of Will’s plan, because Rose is a voting member of the city council. Rose is weary of the plan because of the bad memories right before the winery closed down and tells Emma she’s not for the winery even before she’s heard Will and Flynn’s proposal.

Cut to the city council meeting. Will and Flynn give a good proposal, but it’s ultimately shut down because they didn’t consult with the townspeople about what they want in revamping and reopening of the winery. Because of this, Will asks Emma to get involved to help re-do the proposal.

On top of that, the meeting for the new proposal is coming up, and it looks like the proposal could get shot down once more because Rose is set in her old ways and not open to helping the town grow in a positive way.

LOVE IN HARMONY VALLEY is charming and contains just enough mystery and conflict to keep audiences intrigued throughout the story. The acting by the two leads is average, although they do have a believable chemistry. At times, the movie can be slow, and the Rose character can be a bit disheartening since she won’t budge to help the town because of her own selfishness. Eventually, though, Rose must let go her fear of the past to embrace Will and Emma’s brighter vision of the future. Likewise, Will must decide to overcome his own hurt feelings to forgive Emma for leaving so suddenly when his sister was injured in the car accident.

LOVE IN HARMONY VALLEY has a strong pro-capitalist worldview where characters want to revive an old business and revamp the town to bring in more jobs, revenue and tourism. The movie also showcases moral elements like taking care of your family and friends and working together for a common goal. However, it does focus on a winery and has some scary moments where a character experiences panic attacks. Even so, LOVE IN HARMONY VALLEY is worthwhile and wholesome.