"Far-Fetched, Yet Amusing and Moving" 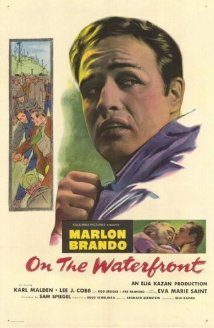 THE CONCERT is an enjoyable, far-fetched, French-Russian comedy about an unlikely orchestra who reunite to perform the concert of a lifetime. Thirty years ago, Andrei was the conductor of Russia’s Boshoi. He was brought to ruin by the Communist Party when they interrupted Andrei’s performance of Tchaikovsky’s “Concerto” because Andrei was employing Jewish musicians. Now washed up, Andrei intercepts a fax asking the Bolshoi symphony to come to Paris. So, he sets in motion a plan to impersonate the Bolshoi, bring together his old musicians and finish the concert they started decades ago.

THE CONCERT is heartwarming and funny, and the music is spectacular. The story, however, is quite far-fetched as Andrei tries to pull off his symphony caper, using musicians living all over Russia, within a span of only two weeks. The movie has some moral elements, including one Communist character who prays to God and declares, “My God, you do exist!” That said, the movie also has some foul language, brief sexual content, a random gratuitous homosexual reference, lying, stealing, theft, false impersonation, drunkenness. THE CONCERT is very enjoyable, but some of its content requires strong caution.

(Pa, Co, AC, B, Ho, LL, S, V, N, AA, D, MM) Mostly light mixed pagan worldview with some elements of Communism including a Communist character and comparing an orchestra to the “Great Dream” of Communism, but the Communism is often lampooned and depicted as a failing ideology, moral elements involve many Jewish characters, including several prayers of “God be with you” and “God bless you,” and Communist character challenges God with a prayer of “if you do exist, we need a miracle” and when the miracle happens the Communist character exclaims, “God, you really do exist!”, plus a gratuitous homosexual moment when two men are moved by a symphony and lean in for a kiss; 17 obscenities, four profanities and entire orchestra gives obscene gesture to another orchestra; light violence includes pushing and shoving and an angry mob scene; married kissing, implied homosexual kiss, a musician lays soundtrack to a pornographic movie as it plays in the background with actor’s performing voice-over moans and screams and belly dancer at a restaurant dances sensually; nudity includes sensually dressed belly dancer and porn movie showing in background though nothing is seen; a lot of alcohol consumption and drunkenness depicted in several scenes; cigarette smoking; and, lying, stealing and false impersonation of another orchestra.

THE CONCERT is a comedy about an unlikely orchestra of former musicians who impersonate the famed Russian Bolshoi symphony in order to pull off the concert – and musical comeback – of a lifetime.

Thirty years ago, Andrei Filipov was the conductor of the Bolshoi, but was brought to ruin by the Communist party when they interrupted Andrei’s performance of Tchaikovsky’s “Concerto” because he was employing Jewish musicians. Now a recovering alcoholic, Andrei works as a mere janitor at the Bolshoi’s symphony hall.

When a fax from the famed Paris symphony comes into the office of the symphony director, Andrei intercepts the fax. He uses it as an opportunity to bring together his old musicians and finish the concert they started three decades ago.

Through a series of comical situations and near misses, Andrei pulls together his old team just in time for the Paris concert, but will this merry band be able to pull off Tchaikovsky’s difficult masterpiece without being discovered as imposters?

THE CONCERT is heartwarming and funny, and the music is spectacular. The movie’s third act is particularly stirring with Tchaikovsky’s “Concerto” providing the score for the final, emotionally fulfilling finale. The movie is, however, quite far-fetched in its premise and its timetable. The audience’s suspension of disbelief is stretched very thin as Andrei tries to pull off this symphony caper with musicians that live all over Russia and who have not performed together in 30 years within a span of two weeks. That said, the movie is still an enjoyable tale.

The movie has some light worldview problems, including a large amount of Communist elements, even though the movie seems to be lampooning the Communist Party in Russia. One Communist character even goes so far as to pray out to God for a miracle and, when the miracle occurs, declare to God, “My God, you do exist!” Also, there are some strong, moral Jewish characters who pray and who ask for God’s blessings.

Countering this moral, religious content is some foul language, brief sexual content including sounds of a pornographic movie and one random homosexual reference as well as lying, stealing, theft, false impersonation, and scenes of drunkenness. All in all, this foreign language film is enjoyable, but there is some content that requires strong caution.