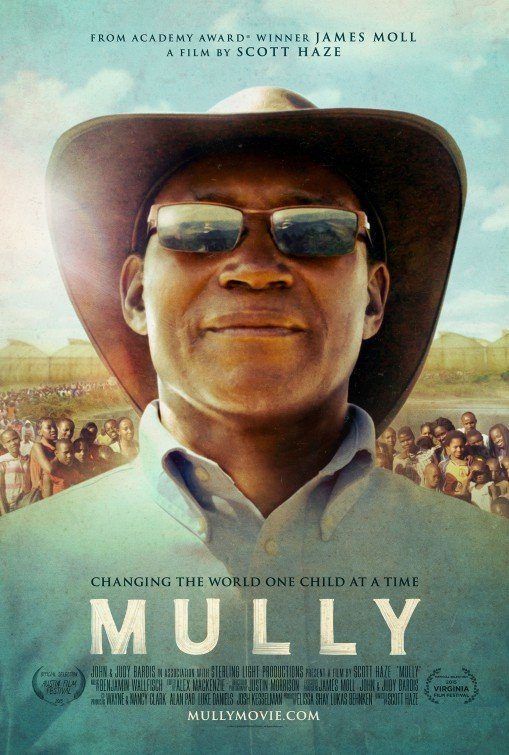 MULLY is an incredible documentary about Charles Mully, a man who simply said, “Yes, God: Use me!” and ultimately made a profound impact on the children, landscape and climate of Kenya. Starting out as an orphan and making his way up to being a millionaire, Charles Mully had a heart for the children of Kenya. When God told him to take care of the orphans, he sold all of his businesses and possessions, and recruited his family to help him give children on the streets of Nairobi a home. Even though he knew God would provide for him and his calling, Mully faced nothing but challenges along the way.

MULLY is a beautiful story told from the perspective of Mully and his family. The story is enough to inspire and enthrall audiences, but the movie truly brings that story to life with a blend of joyful moments and horrific yet tasteful depictions of what it’s like to be an orphan on the streets. Audiences will be both amazed and inspired by the challenges Mully and his family overcame through faith in God.

(CCC, BBB, VV, S, N, AA, DD, M) Very strong Christian worldview with strong elements of faith, man believes God told him to save the orphans and his entire story is a beautiful depiction of belief; no foul language; a re-enactment of protagonist’s father beating his mother when he was a boy, re-enactment of street youth bashing protagonist’s car window, re-enactment of community men tying up and beating protagonist’s father, intense footage of Kenyan post-election violence including a man being kicked in the head, beaten and slashed with a machete, mass riots, individual beatings, cars on fire, bodies in the street, and people, including children, being carried away on stretchers; no depicted sexual content, but two street girls talk about being raped as children; naturalistic nudity when we see the backside of a baby when a woman gives him a bath; people drink champagne at a fancy party and protagonist’s father speaks about being an alcoholic; no smoking or depiction of drug use however use of heroin, cocaine, sniffing glue and gas is mentioned by the street children; and, Mully’s home church is depicted in a negative light when they refuse to let the street children come to the services (but this is later redeemed).

The story of Charles Mully is an incredible journey of how one Kenyan orphan was used by God to save more than 10,000 Kenyan orphans. MULLY is a well-told, beautiful documentary that chronicles Mully’s inspiring journey of faith, sacrifice and listening to God, but there’s some mature subject matter requiring caution for younger children.

When Charles Mully was 5-years-old, he was abandoned by his mother and abusive, alcoholic father. With nowhere to go, he begged on the streets for 10 years. One woman in Nairobi took pity on him, gave him a job and took him to church. As he grew in his faith, he became a manager at the company and ultimately founded a taxi and bus service throughout Kenya. He got married, had seven children and became a millionaire.

One night, Charles was approached by a group of street beggars. He refused to give them money, even though he was once a beggar himself. When he returned to the street, they had stolen his car. Instead of getting angry or upset, Mully’s heart broke for the children on the streets of Nairobi. In a moment of despair, he cried out, “Yes, God: Use me” and his life changed forever. That evening at the dinner table he announced to his wife and seven children that God wanted him to sell all of his businesses and possessions to provide care for the orphans.

Even though everyone thought he was crazy, Mully prayerfully moved forward with his plans. Every night he walked the streets and picked up orphans to bring back to his home. Soon there were hundreds of orphans living at what Mully now called the “Mully Children’s Family.”

Although he was convinced he was doing God’s work, Mully and his family faced many challenges. The people of his church wouldn’t let some of the drug using street children into the church. Mully’s children didn’t always get along with the orphans he brought home. From a terrible drought, to sickness, to dwindling resources, Mully never lost faith that God would take care of the call on his life.

Narrated by Charles Mully, Esther Mully and their seven children, MULLY is a beautiful documentary that puts the viewer at the heart of Mully’s story. The story alone is enough to inspire and enthrall audiences, but the movie truly brings that story to life with a blend of joyful moments and horrific yet tasteful depictions of what it’s like to be an orphan on the streets. At its core, Mully is an inspiring tale of faith similar to Noah or Moses. It will be sure to inspire audiences to assess what is really important in their lives and trust that God will provide for the things he’s asked them to do. The movie is absolutely worth watching, if nothing more than to see the profound affect that one man, through God, had on an entire country.