"Into the Belly of the Beast" 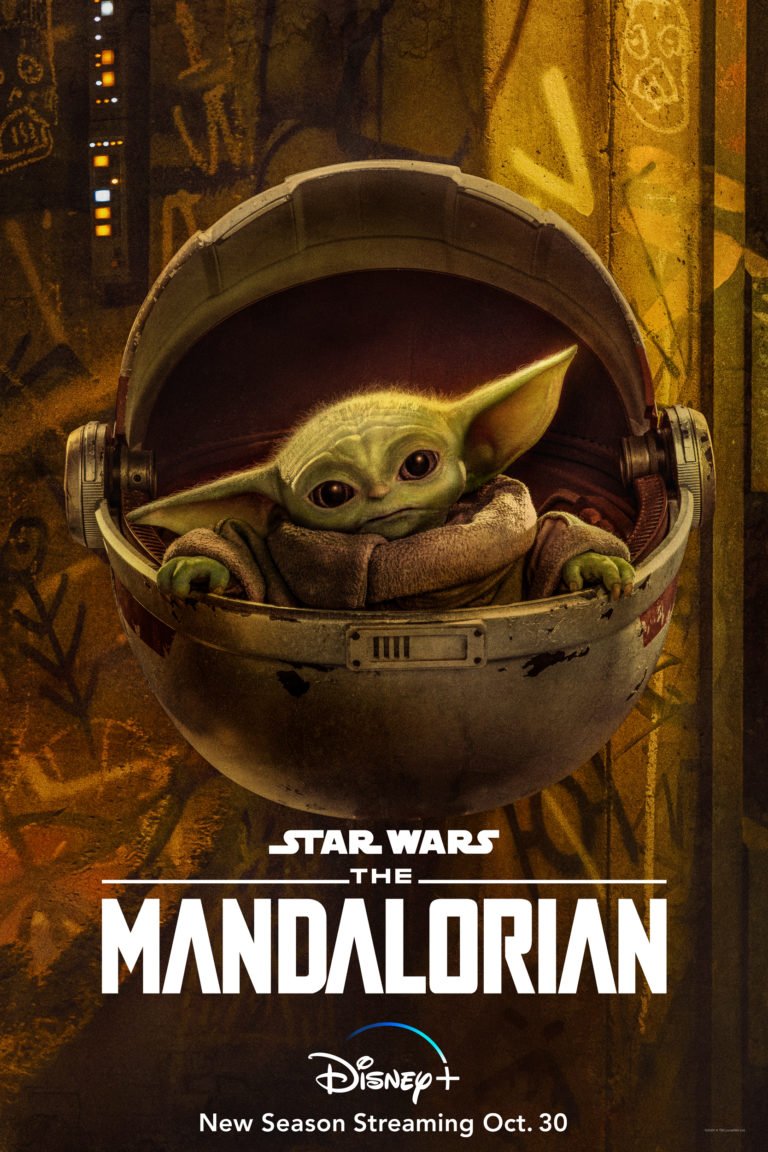 In “The Marshal,” Chapter 9 of THE MANDALORIAN on Disney+, Mando and the Baby Yoda under his care travel to a small mining town on Tatooine, Luke Skywalker’s home planet. They’re looking for a possible member of Mando’s people, who might be able to lead them to Baby Yoda’s own people. However, they find that the Marshal there is just wearing Mandalorian armor. The Marshal says he’ll let Mando have the armor if he helps him kill a giant sand dragon threatening the town.

“The Marshal” is an exciting, well-acted episode of THE MANDALORIAN, but it doesn’t have quite the emotional, thematic heft of Season One’s best episodes. Happily, “The Marshal” has a strong moral worldview promoting duty, service, taking care of the weak, working together, community, and the value of law enforcement. There’s lots of strong action violence in the episode, however. The episode also includes an uncharacteristic moment of callousness toward Baby Yoda and a moment where a woman says, “Thank the Force” instead of “Thank God.” So, MOVIEGUIDE® advises caution for older children for Chapter 9 of THE MANDALORIAN.

(BB, PP, C, FR, L, VV, A, M):
Dominant Worldview and Other Worldview Content/Elements:
Strong moral worldview promotes duty, service, taking care of the weak, working together, community, self-defense, and the value of law enforcement, with an implied but veiled symbolic, metaphorical redemptive reference to the biblical story of Jonah and the Whale, plus a moment of false religion and idolatry when a woman says, “Thank the Force” instead of saying “Thank God”;
Foul Language:
One “h” obscenity, no profanities and giant sand dragon spews green stomach liquid onto characters;
Violence:
Lots of action violence includes members of a criminal gang try to kill hero but he fights them off, hero hogties leader of the gang and hoists him into the air to get some information out of him, hero leaves the gang leader in the air for creatures to eat him, flashback shows man fighting thugs from an evil gang of miners who have turned local townspeople into slaves and then uses a missile to explode their vehicle as the survivors try to drive away, large sand dragon burrows into a small town and eats a large animal being used as livestock for some of the people, characters battle large sand dragon with guns and lasers and explosives in extensive battle sequence, and characters harvest meat from dragon after the hero finally explodes it to bits;
Sex:
No sex;
Nudity:
No nudity;
Alcohol Use:
Two scenes take place in a frontier saloon;
Smoking and/or Drug Use and Abuse:
No smoking or drugs; and,
Miscellaneous Immorality:
There’s a moment where the hero demonstrates a cavalier attitude toward the violence that Baby Yoda has had to witness because of all the evil people trying to kidnap him.

In “The Marshal,” Chapter 9 of THE MANDALORIAN on Disney+, Mando and the Baby Yoda under his care help the leader of a small mining town on Tatooine organize the townspeople and the local Sand People fight a giant sand dragon that’s been terrorizing the area for years. “The Marshal” is an exciting, well-acted episode, with strong moral, social values promoting service, duty and working together, but it doesn’t have quite the emotional, thematic heft of the best MANDALORIAN episodes and contains lots of action violence and a couple minor issues that warrant caution for older children.

In the first act, Mando leaves his friends in search of hidden groups of his people, the Mandalorians. Mando’s warrior creed obligates him to care for the Baby Yoda he’s found and deliver him to his own kind. He hopes one of his own people can help him locate Baby Yoda’s people. However, the remnants of the Empire after the destruction of the second Death Star in the movie RETURN OF THE JEDI also want to baby because of his powers to control the Force.

A source tells Mando that a criminal named Gor Koresh in the Outer Rim can give him information about any hidden groups of Mandalorians there. Koresh and his men try to kill Mando instead, but, of course, Mando gains the upper hand and forces Koresh to give him any information he has. Koresh says a Mandalorian has been spotted in town called Mos Pelgo on Tatooine, Luke Skywalker’s home planet.

Mos Pelgo turns out to be a small, isolated mining town. It’s run by a man the townspeople call The Marshal. However, the Marshal shows up wearing Mandalorian battle armor, which Mando’s creed says is forbidden. With his Mandalorian helmet off, the Marshal tells Mando the armor helped him run a corrupt mining company out of town and he needs the armor to protect the townspeople. So, he’s not about to give up the armor to Mando, creed or no creed. Mando’s about to have a gunfight with the Marshal for the armor when a giant sand dragon burrows into the town, causing all sorts of disruption and eating a couple livestock.

After the attack, the Marshal says he’ll let Mando have the armor if he helps him kill the sand dragon. Mando agrees, but only the Sand People, a group of people who don’t get along with the townspeople and sometimes steal their livestock, know the location of the sand dragon’s lair. Mando can converse with the Sand People in their own language. When he and the Marshall approach their village, Mando promises to help them get rid of the sand dragon, which also attacks their village, not just the mining town.

The Sand People agree. However, when they lure the sand dragon out of its cave, Mando says the dragon can only be killed if the townspeople and the Sand People work together to help Mando and the Marshal. Getting both groups to work together is easier said than done. Also, the sand dragon turns out to be a more formidable monster than they realized.

“The Marshal” is an exciting, well-acted episode of THE MANDALORIAN, with strong positive elements. However, it doesn’t have quite the emotional, thematic heft of Season One’s best episodes. That said, it’s always a pleasure to watch Timothy Olyphant of the TV series DEADWOOD and JUSTIFIED, who plays the Marshal, in almost anything. The scenes between him and Pedro Pascal, who plays the Mandalorian, Mando, are a highlight in this episode. The episode also has lots of suspenseful jeopardy. Veteran Writer/Director Jon Favreau and his team are masters at this.

“The Marshal” has a strong moral worldview that promotes working together to overcome a dangerous obstacle threatening two communities. It also promotes the ideas of duty, leadership, service, and taking care of the weak and the young. In addition, the title character in the episode truly has the best interests of his community at heart, even though even he has trouble getting along with the Sand People. Furthermore, the finale has an implied, but veiled, metaphorical, redemptive reference to the biblical story of Jonah and the Whale.

Despite its science fiction conventions, THE MANDALORIAN series has a definite Western feel throughout many of its episodes. “The Marshal” is a particularly good example of this. As such, the episode seems to support several American values, including the motto of the United States, E Pluribus Unum, which means “Out of Many, One.” Thus, the Sand People and the townspeople must set aside their differences to stop the huge monster threatening both communities. The episode also supports the American ideal of having certain people, in this case the Marshal, protect the lives and safety of people living in a community. The episode also shows, however, that the people are willing to do their part.

There’s lots of strong action violence in “The Marshal.” Also, when Mando challenges the Marshal to a gun duel over the battle armor, the Marshal asks about letting Baby Yoda see such violence. Mando cavalierly says, “He’s seen worse.” Mando’s cavalier comment here is annoying, but it’s also out of place in that it undermines the efforts the creators have taken up to now to depict the change in Mando from ruthless bounty hunter to caring father figure. In addition, a character utters an “h” obscenity in “The Marshal,” and a woman says, “Thank the Force” at one point. In the original STAR WARS movie, the Force is an impersonal energy field “created by all living things.” To say thank you to an impersonal energy field is rather irrational and kind of silly. Also, it’s more like worshipping the Creation than worshipping the Creator, God. The God of the Bible declares such worship to be idolatrous and evil. Thankfully, however, the episode contains no other comments about the Force.

Be that as it may, MOVIEGUIDE® advises caution for older children for Chapter 9 of THE MANDALORIAN.