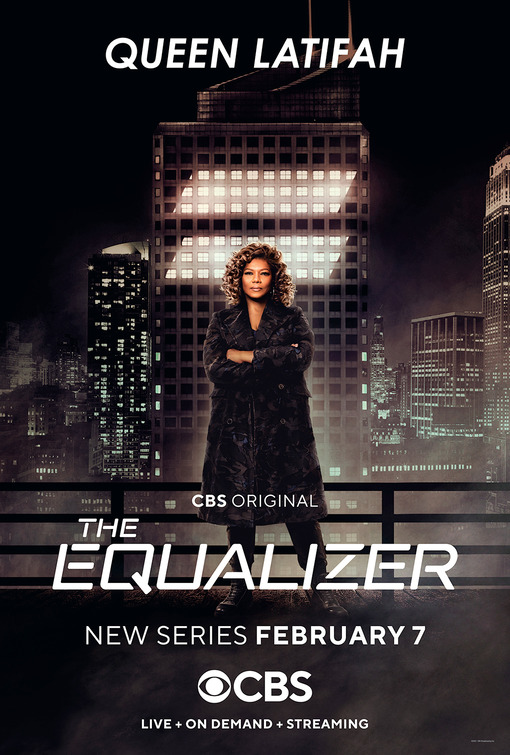 “Glory” is the second episode of the new CBS series THE EQUALIZER about a former CIA operative who’s on a private mission to help people in desperate situations that the police can’t fix. In this episode, Robyn McCall helps a nanny whose own son has been kidnapped because a criminal ring wants information locked in the safe of her employer, an FBI agent. Investigating the case with two friends, Robyn discovers the criminals run a sex trafficking ring. She also finds out that the FBI agent’s safe contains an FBI file identifying the head sex trafficker’s mistress as his informant.

“Glory” tells an exciting, ultimately uplifting story about ending a sex trafficking ring and saving lives. It has a clever, thrilling finish that’s satisfying. Eventually, the bad guys get their just desserts. In addition, a concert song about freedom and civil rights at the very end contains two positive references to Jesus, including a reference to the Second Coming of Jesus. However, the “Glory” episode of THE EQUALIZER also has five light obscenities and deceitful politically correct, leftist elements in the last scene.

(BB, C, PC, RH, PP, L, VV, S, M):
Dominant Worldview and Other Worldview Content/Elements:
Strong moral worldview with some Christian content where heroine goes up against a criminal who runs a sex trafficking ring and has kidnapped the son of an FBI agent’s babysitter to get the name of an FBI informant in his criminal enterprise, heroine is called an “avenging angel” and an “equalizer,” and two positive references to Jesus in a musical performance about freedom and civil rights (one of the references is linked to the verses in the “Battle Hymn of the Republic” about the “glory” Second Coming of the Lord, Jesus; Glory is the title of the episode too), but the performance is cast in the false, politically correct leftist narrative of systemic racism and “social justice” and includes lyrics like “freedom is like a religion to us” and “justice for all is not specific enough” and includes a specific element of revisionist history (a lie is propagated about the 2014 police shooting of a black thief in Ferguson, Missouri who was actually charging a police officer when the officer shot him), but the episode otherwise has positive depictions of getting justice, saving crime victims, one police officer, and one FBI agent
Foul Language:
Five obscenities (four “h” words and one “d” word) and no profanities
Violence:
Young boy is kidnapped, and his life is threatened, two thugs have tied up a man and a woman, the two thugs threaten to set the man and woman on fire, heroine (carrying two guns) interrupts the two thugs and has to shoot them when they try to shoot her, police later find their bodies and puts their corpses in body bags, sex trafficking victim tells heroine that the criminals have been beating their victims to find the identity of an apparent FBI informant, heroine beats up three thugs who may be guarding kidnapped boy, but the thugs have moved the boy and replaced him with several of their sex trafficking victims, and there’s a small explosion, and some shots fired during the climax
Sex:
No sexual activity or comments but the villain heads an international sex trafficking ring working in the United States, but no graphic lewd details are shared, though the sex traffickers “girlfriend” has been groomed through that evil system
Nudity:
No nudity
Alcohol Use:
No alcohol use, but heroine’s helper owns a bar
Smoking and/or Drug Use and Abuse:
No smoking but a sex trafficking victim tells the heroine that sex traffickers held her and other young women hostage and forced them to do drugs and be friendly to powerful men; and,
Miscellaneous Immorality:
Criminals kidnap and threaten boy, good guys break into FBI agent’s home safe to find out what information some kidnappers are seeking, and good guys trick bad guys to turn them against one another.

“Glory,” the second episode of the new CBS series THE EQUALIZER, depicts former CIA operative Robyn McCall helping a woman whose young son has been kidnapped and threatened by a wealthy sex trafficker being investigated by the FBI. “Glory” tells an exciting, ultimately uplifting story about ending a sex trafficking ring, with brief positive references to Jesus in one scene, but it’s marred by five light obscenities and deceitful politically correct elements in the last scene.

The episode opens with a black woman named Aliya babysitting the two daughters of a white FBI agent, Frank Sadler. Aliya puts the two girls to bed and talks briefly to her young son, Jackson, on the phone. The FBI agent comes home and locks his gun in the living room wall safe, and Aliya goes home. However, when she gets home, the house is in disarray, her son is gone, and her sister has been tied up and gagged. Aliya’s sister says two men with guns took Jackson and want Aliya to retrieve some information from Agent Sadler’s safe or they will kill her son.

Aliya contacts Robyn, who’s been placing some ads around New York offering to help people in trouble. Robyn consults with her computer friend, Harry, and his wife, Melody, about how to get the information from Agent Sadler’s safe. She decides that the only way to do that is to break into Sadler’s safe when he’s not there.

It’s a close call, but Robyn and Harry find out there’s a secret FBI file in the FBI agent’s safe identifying the beautiful mistress of a notorious sex trafficker as his informant. The men who took Aliya’s son work for the sex trafficker. The sex trafficker has a mole inside the FBI, but Agent Sadler suspects there’s a mole. So, he’s hidden the file in his safe so that he’s the only man at the FBI who knows the informant’s identity.

Meanwhile, Robyn’s daughter, Delilah, reluctantly tells her mother her school choir will be singing at a music fair Thursday night in Times Square. Delilah expects her mother to call her at the last minute and tell her she can’t come to hear her sing. Sure enough, the kidnappers eventually set Thursday night as the time to exchange the FBI file for Aliya’s son.

“Glory” tells an exciting, ultimately uplifting story about ending a sex trafficking ring. It also has a clever, thrilling finish that’s pretty satisfying. The bad guys get their just desserts. In addition, Delilah’s concert song at the very end contains two positive references to Jesus, including a reference to the Second Coming of Jesus.

However, the episode is marred by five light obscenities and deceitful politically correct elements. For example, in the choir’s song at the end, Delilah’s choir makes a reference to the false leftist narrative about the 2014 shooting death of the violent black thief by a policeman in Ferguson, Missouri. Contrary to the ending of this episode, the man shot by the policeman had sucker punched the policeman and tried to take the policeman’s gun and later, according to eyewitnesses, was charging at him, and not trying to surrender, as leftists keep alleging. Leftists have used the Ferguson incident, and other similar incidents, to allege that police forces throughout the United States have a racist agenda to kill unarmed black people. Statistics show, however, that black Americans are more likely to have negative encounters with police because of higher crime rates and more 911 emergency calls among the black population in urban areas like Chicago, Baltimore, New York City, Detroit, and Philadelphia. Also, blacks in these areas are far more likely to be shot by a fellow black person than they are by a policeman or by a white person. Racial hostility in the United States won’t be reduced until the people running the entertainment industry and the “news” media stop spreading leftist lies and hate about America and its police. The choir’s song at the end of “Glory” feeds into this false leftist narrative of systemic racism and “social justice.” It also includes lyrics like “freedom is like a religion to us” and “justice for all is not specific enough.” While the choir sings this song, Robyn tells her connection to the CIA that the song is about “freedom,” and freedom to continue helping people privately is what she needs from the CIA, in return for sometimes helping the CIA, but only if it’s a “good cause.”

Despite the political correctness at the end, “Glory” has a positive depiction of the FBI agent trying to put the elusive sex trafficker in prison. The NYPD detective keeping tabs on Robyn’s vigilante activism is also a positive figure and role model despite his disagreement with Robyn’s mission and vigilante methods.

MOVIEGUIDE® advises caution for older children for the second episode of the new EQUALIZER series.