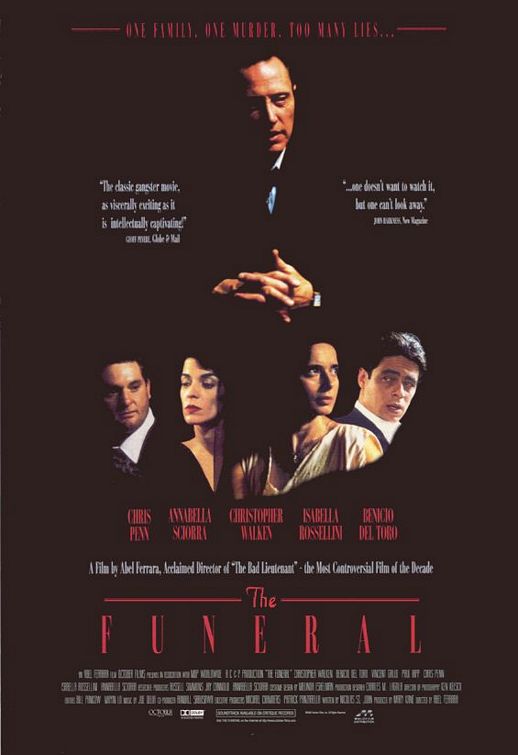 In THE FUNERAL, when two brothers are confronted by the killer of their brother, they decide on a course of action with explosive results. Extremely gory and violent, it also has many sexual scenes and strong language. This movie has no redemptive value at all.

THE FUNERAL revolves around three brothers, Ray, Chez and Johnny. These men live by the gun and are void of decency. The story begins with the youngest brother’s death. His brothers have to find the killer and fingers point to a rival gangster. Their wives plead with their men not to pursue the path of revenge, knowing that this road will only lead to further destruction of their family. When Johnny’s killers surface, Ray must do something right for once. Ray tries, but his act of violence, results in a fatally explosive affect on his family.

THE FUNERAL is as dark and gloomy as its title suggest. While the story is simple, the exquisite performance of a well-chosen cast give the story its understated, but powerfully emotive stance. Ray and Chez’s struggle to escape their fate and do some good, but God and religion are not fully embraced by them. Ray says that God did not give him the grace to do what is right, and Chez deals with his personal devils by giving in to fits of rage. The film sends a message that being bad breeds a bad life. THE FUNERAL is an extremely violent, sexually torrid and gory film to watch.