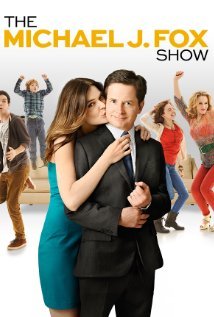 MOVIEGUIDE® watched the first three episodes of the new MICHAEL J. FOX SHOW recently. It’s a funny sitcom about Mike Henry, a former New York City local news anchor with Parkinson’s Disease who decides to return to the airwaves after a five-year absence. This decision makes his family relieved, because they were growing tired of their stay-at-home dad micro-managing every thing. As Mike throws himself into his new job as a veteran TV reporter, he and his family hit numerous comical bumps but they work through them with witty wisecracks, love and indomitable determination.

THE MICHAEL J. FOX SHOW is an entertaining sitcom with some inspiring moments. It’s good to see the talented Fox return to TV, despite his own personal bout with Parkinson’s. Even better, the show portrays a relatively happy nuclear family, including two loving parents, that’s intact. Surprisingly, the first three episodes contained some light jabs at liberal values, including jokes about liberal political correctness, sex education, and obsequious attitudes toward homosexuals. The episodes didn’t have a religious foundation, however. They also had some off-color content. So, caution is advised.

(BB, PP, Ho, L, V, S, A, M) Strong moral, but secular, worldview about a former New York City local news anchor who retired due to having Parkinson’s Disease and now has his work and family life turned upside down by his decision to return to the airwaves, plus America and some American and traditional, conservative values (including the nuclear family) are shown in a positive light, including the basic nuclear family, plus lesbian homosexual references in one show of three reviewed, but leftist political correctness, sex education and obsequious attitudes toward homosexuality are mocked; two or three light exclamatory profanities and an SOB and an “h” word over three episodes; some comic violence at times; some sexual references and innuendoes intended for comedy, such as, in one scene, the lead’s college-aged son and teenage daughter use condoms as water balloons they throw off the roof of their apartment building, but even that moment leads to a clever comment attacking school distribution of condoms, and husband is flattered that a pretty neighbor finds him attractive but he remains faithful to his wife; no visual nudity but some light jokes about using nude models in a community center art class in one episode; alcohol use; no smoking or drugs; and, some miscellaneous problematic content like selfishness and pride but often used for comic effect and even to impart some lessons.

THE MICHAEL J. FOX SHOW is a funny sitcom about a former New York City local news anchor, who retired due to having Parkinson’s Disease and now has his work and family life turned upside down by his decision to return to the airwaves. In analyzing the first three episodes of the show, it appears to have a strong moral, pro-family worldview that, surprisingly, sometimes even mocks liberal values.

Michael J. Fox returns to a starring role in television more than a decade after his battle with Parkinson’s Disease forced him to retire from acting in SPIN CITY. In his new show, Fox plays New York City newsman Mike Henry, who quit his local anchorman job five years before when his Parkinson’s Disease symptoms proved too difficult to handle.

However, when he runs into his former boss Harris (Wendell Pierce), Mike is lured back into being a roving reporter. His decision proves to have an invigorating effect not only on himself but on his family, who have been driven crazy by his micro-managing their daily lives in his half-decade as a stay-at-home dad. As he throws himself into his first investigation, Mike hits numerous bumps but works through them with witty wisecracks and an indomitable determination.

In the second of two episodes shown on its premiere night, Mike’s teenage daughter informs her parents to be on their best PC behavior because she has a new teenage lesbian friend coming over to hang out. Just when the show appears to be collapsing into pro-homosexual propaganda, however, it serves up a surprising twist. The alleged lesbian is just a straight tomboy who was tricked into kissing a girl in a photo at a party in a misguided attempt to be popular. To make matters more comically confusing, the alleged lesbian winds up falling for the daughter’s brother by the end of the episode.

Though it keeps the basic dynamic set up in the first two episodes, the third episode exposed one of the flaws in this series. In the third episode, Mike and his wife encourage their daughter’s newfound interest in photography, but learn that she’s photographing nude models in her community center photography class. When the daughter tricks her mother into posing nude, the parents try to sneak into the course’s upcoming art show to steal the mother’s photo.

The main theme that comes up in the third episode is that Mike and his wife don’t want to be the kind of parents their own parents were, the kind that tells one’s children to obey them “just because we said so.” However, that’s exactly what they end up telling their daughter when they forbid her not to take any more photos of nude models. This shows that, although the show sometimes mocks the permissive parenting styles and attitudes of today’s secular liberal world, ultimately, it has no religious or moral foundation rooted in the Word of God, the Bible. This is the flaw in much of what passes for entertainment, not only on television, but also in movies, video games, modern literature, modern music, etc. Ultimately, of course, good parenting would go beyond the “do it because I said so” to a God-centered parenting where God’s benevolent character, including Jesus Christ’s sacrificial atonement of pure love, and God’s moral principles in the Bible become our moral standards, and that of our family.

That said, THE MICHAEL J. FOX SHOW proves to be an enjoyable and well-written show about a happy and loving, intact nuclear family – a rarity in this era of network sitcoms forcing “blended families” and homosexual parents into the format of “family” comedies. It’s also a slyly subversive homage to conservative values.

For example, in the pilot episode, the college-age brother and teenage sister have a bonding conversation while throwing condoms used as water balloons from the roof of their building. When the sister asks where he got the condoms, he said they were given away at his college. He then says, “If they give you 500 free condoms, is it prevention or pressure?” His humorous comment shows the absurdity of public schools and colleges handing out mass amounts of condoms to their young impressionable students.

The first three shows had very few, barely noticeable uses of light profanities. However, they also had a running string of jokes about Mike’s boss Harris having a promiscuous personal life. Despite this, it’s made clear that Mike’s married life is happier than his boss’ life of single random encounters.

Overall, THE MICHAEL J. FOX show is mostly appropriate viewing for teenagers and adults, and possibly even younger viewers, with parental discretion of course. NBC should be commended for placing a positive portrayal of a traditional family on the airwaves. Hopefully, the show will get even better and cleaner. Also, even a few Christian references would go a long way.