WE’RE BACK: A DINOSAUR’S STORY 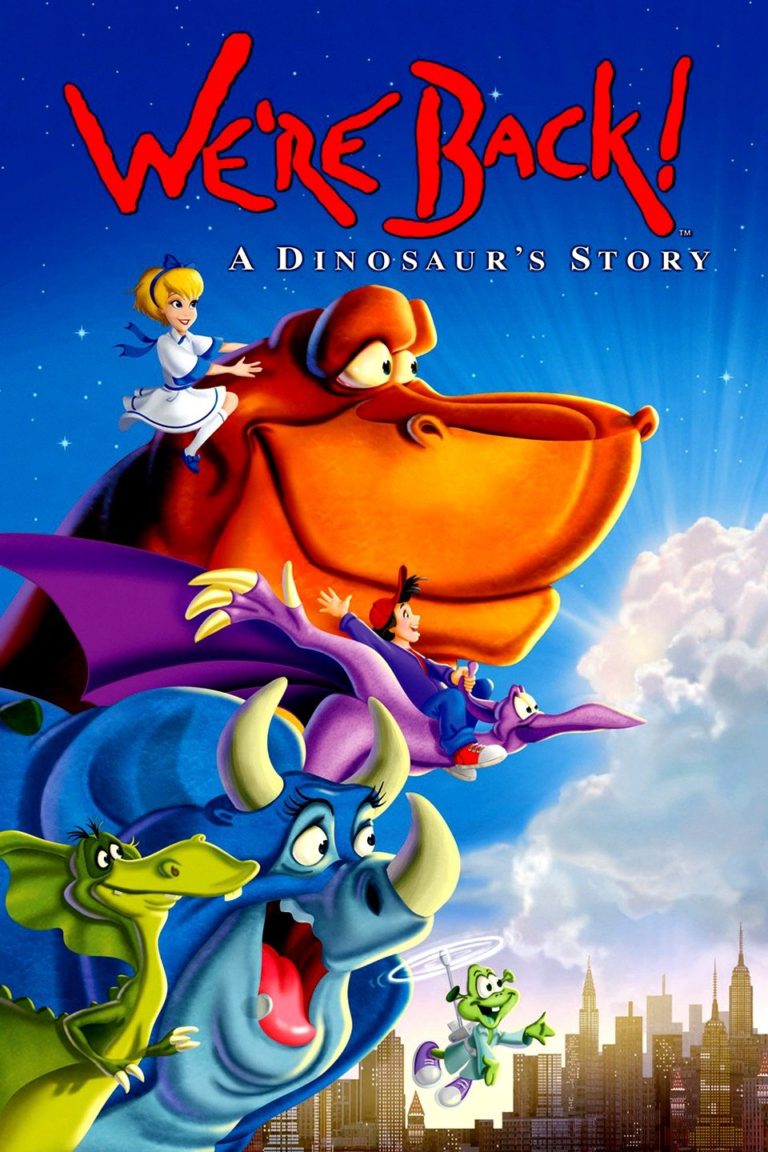 In the movie WE'RE BACK: A DINOSAUR'S STORY, wild, prehistoric dinosaurs are magically transformed into friendly, intelligent creatures who visit modern-day New York City. While billed as a movie "for the whole family," parents should be aware of a demon parade that will scare smaller children. Other objectionable elements include hypnosis, children signing contracts in blood, a strong focus on fears, Halloween effects, and a fascination with occultism.

(B, OO) Positive messages of good triumphing over evil & self-sacrificing friendship are marred by the movie's lengthy focus on a demon parade as well as other occultic practices of hypnotism & signing contracts in blood.

In the movie WE’RE BACK: A DINOSAUR’S STORY, Steven Spielberg and his collaborators go FAR beyond the wholesome, fun adventures Hugh Talbott wrote about in his book upon which the movie was based. Spielberg sets up a conflict between the good Captain Neweyes and his evil brother Professor Screweyes (neither is in the book), who has lost an eye and gone insane. When Captain Neweyes magically transforms some wild, prehistoric dinosaurs into friendly, intelligent creatures who visit modern-day New York City and make friends with two children, they are pursued by Professor Screweyes, the owner of the “Eccentric Circus.” The dinosaurs and their child friends eventually triumph over the evil Professor through their willingness to sacrifice for one another, and the professor’s evil power is destroyed when he refuses to become good.

Please note that the movie is not really the “adventure for the whole family” that it claims to be. Children under six will be scared by the demon parade, and parents must be aware of the occultic references and activities that will be filtering into even older children’s minds. (My six-year-old came home from this movie and drew a whole booklet of ghosts, ghouls, and skulls the next day.) Other objectionable elements include hypnosis, children signing contracts in blood, a strong focus on fears, and Halloween effects.

Rent or Buy WE'RE BACK: A DINOSAUR'S STORY:

Writer: John Patrick Shanley BASED ON THE BOOK BY: Hudson Talbott