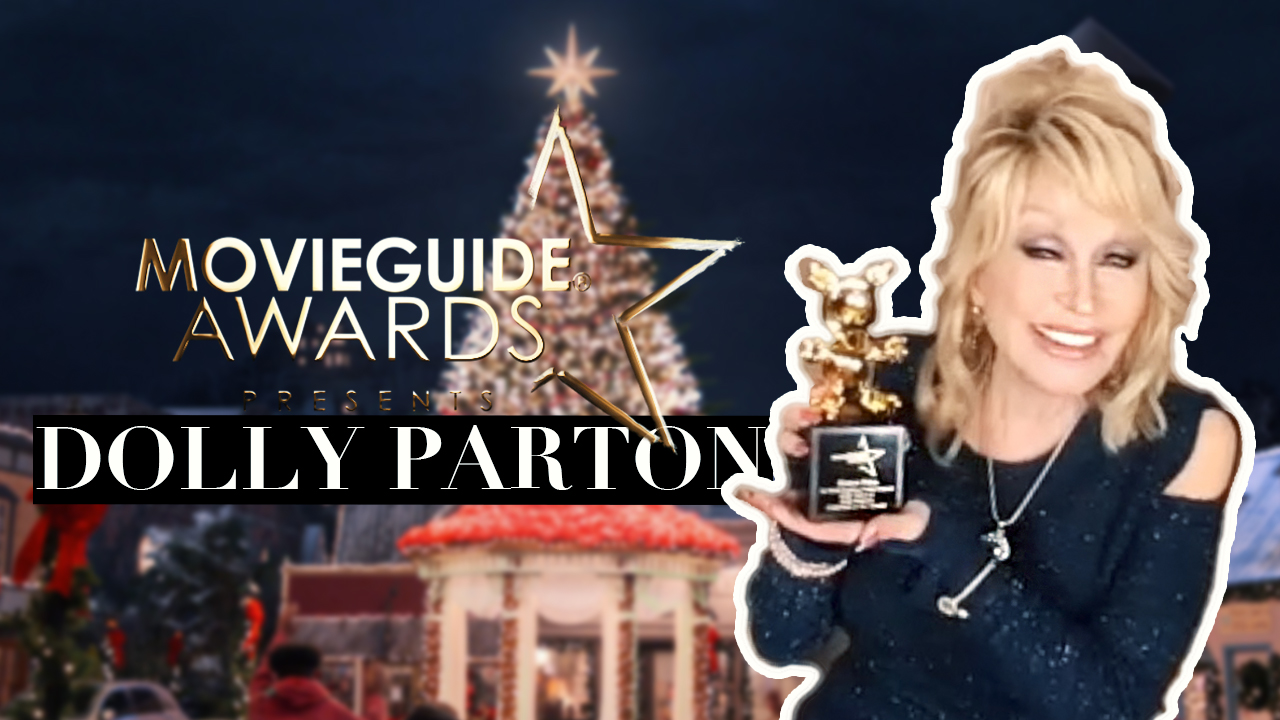 Last year, Movieguide® awarded Parton with the Movieguide® Grace Prize for her role as the Angel.

“Sam Haskell and I, we’d often talked through the years when we were doing movies like CHRISTMAS OF MANY COLORS: CIRCLE OF LOVE, we thought wouldn’t it be great to have
a true Christmas musical,” she told Movieguide®. “Sam had the idea of this Christmas On The Square, he was going to write a book about it. I said, ‘why don’t we make it a movie and make it a musical?’”

“We were excited about having a wonderful Christmas movie and especially musical because I love Christmas and I just wanted something of my own that might last through time and hopefully this will,” she added.

Despite her success in the entertainment industry, Parton said that she remains thankful to God for the opportunity she has in life.

“You never take that for granted,” she said. “I never have. I’ve always been so honored, I don’t work for awards. It’s a reward enough just to do good work and to be able to work with good people.

“The money’s good, you want to make money, you need the money and you hope to be recognized for good work that you’ve done but it makes you feel really proud to know that you’ve done something good enough… that you should win an award or some kind of acknowledgement for the hard work that’s been done,” she added. “I’m always appreciative.”

Parton is not shy about her faith, and often gives the glory to God for her achievements.

“That’s been a big part of my whole life,” Parton said of faith. “My grandpa was a preacher, my mother was very spiritual so I grew up very spiritual and I’m very spiritual myself. I really have a lot of faith. I thank God every day for everything good that happens to me and I pray for guidance and all that, so when I do get recognized for things like this it just makes me think, ‘Well praise the Lord, you can have it, it’s yours.’”