DOWNTON ABBEY Will Return to the Big Screen This Christmas 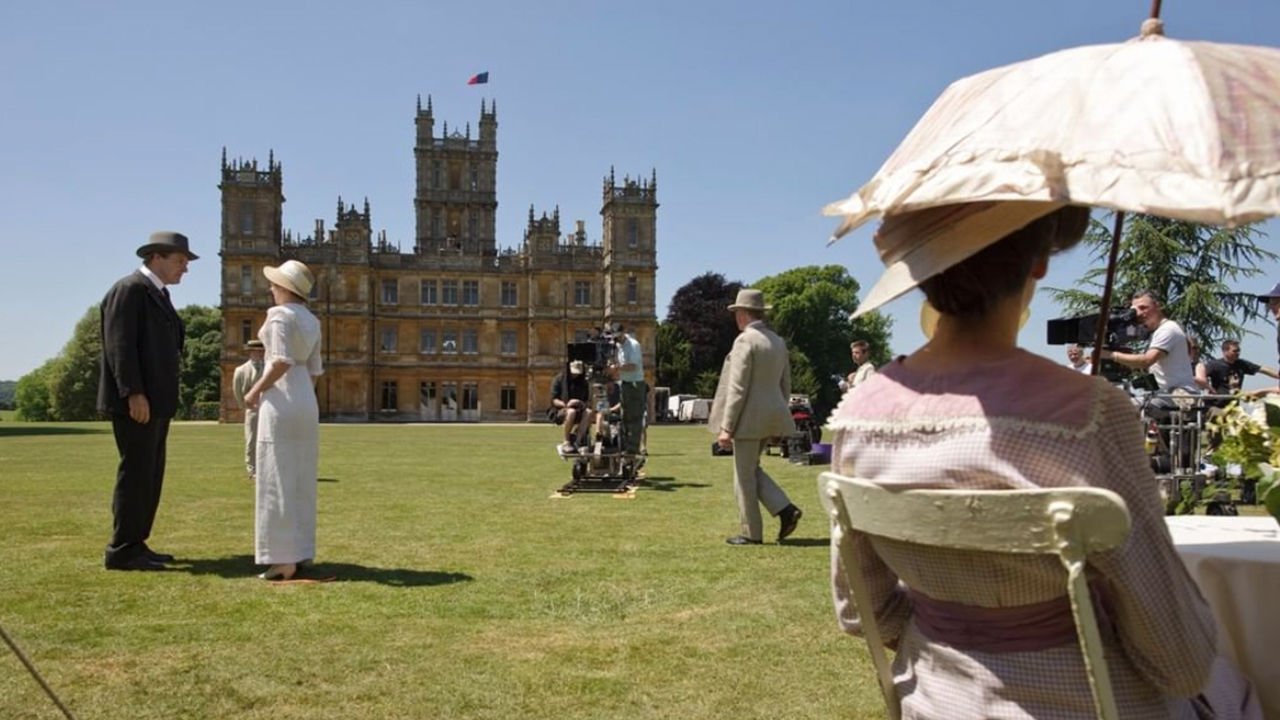 DOWNTON ABBEY Will Return to the Big Screen This Christmas

Focus Features announced that the period drama DOWNTON ABBEY is getting a sequel set to release in theaters on Dec. 22. The DOWNTON ABBEY franchise, which originated with the powerhouse TV series, added its first feature-length movie in 2019.

Creator Julian Fellows will return to write the screenplay and produce alongside Gareth Neame and Liz Trubridge, with director Simon Curtis.

“After a very challenging year with so many of us separated from family and friends, it is a huge comfort to think that better times are ahead and that next Christmas we will be re-united with the much beloved characters of Downton Abbey,” Neame said in a recent release.

Focus Features chairman Peter Kujawski added: “There’s no place like home for the holidays, and we can’t imagine a better gift than getting to reunite with Julian, Gareth, and the entire Downton family in 2021 to bring the Crawleys back home for their fans.”

The announcement also appeared on the Downton Abbey official Twitter page: “We’re thrilled to announce that Julian Fellowes and the entire Downton cast are back for #DowntonAbbey2, with Hugh Dancy, Laura Haddock, Nathalie Baye and Dominic West joining! See the film in theaters this Christmas.”

We're thrilled to announce that Julian Fellowes and the entire Downton cast are back for #DowntonAbbey2, with Hugh Dancy, Laura Haddock, Nathalie Baye and Dominic West joining!

See the film in theaters this Christmas. pic.twitter.com/OHopFgzqiM

Here is a portion of Movieguide®’s review of the first DOWNTON ABBEY to hit theaters:

In the period movie, DOWNTON ABBEY, characters from the television series return. In 1927 in England, the Crowley family and their servants prepare for a visit from the King and Queen of England. The movie follows the dynamic of the servants versus the Crawley family and the intricacies between the groups. Conflicts arise when the servants are told the royal servants will replace them when the royal couple arrives. Meanwhile, the family matriarch worries about an estranged cousin, and there’s a plot to assassinate the King during his visit.

DOWNTON ABBEY is a superior adaptation of the TV series. It captures the beauty of the English countryside and the home itself. The movie’s pacing is fast but ultimately satisfying. Viewers need to pay close attention, though, because the dialogue is filled with lots of British wit. DOWNTON ABBEY maintains a strong moral worldview stressing family loyalty and marital reconciliation, with some positive, overt Christian elements. However, the movie is marred by some homosexual references and a homosexual servant working for the family and some immoral behavior such as lying, trickery, stealing, and blackmail and drugging somebody else’s drink.