Marxist Class Warfare in Hollywood vs. Christian Truth: The Real Story Behind the Titanic 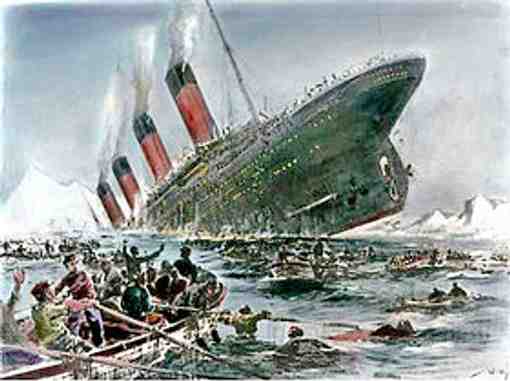 The RMS Titanic was sailing from London to New York City when the huge ship, which was called “virtually unsinkable,” hit an iceberg in the North Atlantic Ocean and sank. There weren’t enough lifeboats for all the people on board, some of whom were among the wealthiest people in the world, including John Jacob Astor IV, who died. More than 1,000 immigrants from Great Britain, Ireland, and Europe were also on board. In the wake of the tragedy, the U.S. and Britain made major improvements in maritime safety.

Many people have commemorated this cultural event and tragedy, including movie director James Cameron, but only one event will celebrate the sacrifice of the many men and boys on the ship who gave their lives so that women and children might live. Titanic 100:  An International Centennial Event will celebrate that sacrifice April 13-15 in Branson, Missouri. Titanic 100 will also celebrate the Christian doctrine of “women and children first” that was displayed by most of the men on board the doomed ship.

“Regrettably,” says Doug Phillips, president of Vision Forum and founder of the Christian Boy’s and Men’s Titanic Society, “popular books and films such as James Cameron’s box-office smash [which was released last week in a 3D version] have portrayed a false image of Marxist class warfare as Titanic foundered, with the rich trying to bribe their way to freedom, the poor deliberately prevented from reaching safety, and the nobility of Christian sacrifice minimized and ridiculed.

Titanic 100 will feature a wide variety of activities for families, such as a live play, a musical performance, a ladies tea, a tour of the Titanic attraction in Branson, and a special screening of the movie A NIGHT TO REMEMBER (see Movieguide®’s review of NIGHT TO REMEMBER at https://www.movieguide.org/reviews/movie/a-night-to-remember.html).

“Titanic 100 will be a joyous, uplifting family event,” Phillips said.

He said the event is designed to inspire people to remember the heroism of the past and to embrace a “fundamental principle of Christian civilization” – that women and children are to be honored and protected.

“In a day when men shirk sacrifice and we send our women into combat,” Phillips noted, “the doctrine and legacy of ‘women and children first’ has been all but abandoned – and it’s high time we remember and reclaim this foundational principle.”

Of course, Cameron’s false Romantic spectacle also downplays the last song the Titanic band played on the ship before it sank – “Nearer, My God, to Thee.”

Phillips founded the Christian Boy’s and Men’s Titanic Society in 1997. It commemorates the legacy of male chivalry demonstrated on that “night to remember.” It also extols the principles that the strong must sacrifice for the week and that, as Jesus says in John 15:13, “Greater love has no man than he lay down his life for his friends.”

For more information about the Society and its Titanic event, please visit www.titanicsociety.com/home.asp. For info about Vision Forum and its program to educate young boys and girls for Manhood and Womanhood, visit www.visionforum.com.