MINIONS: THE RISE OF GRU Shows Gru as a Young Supervillain 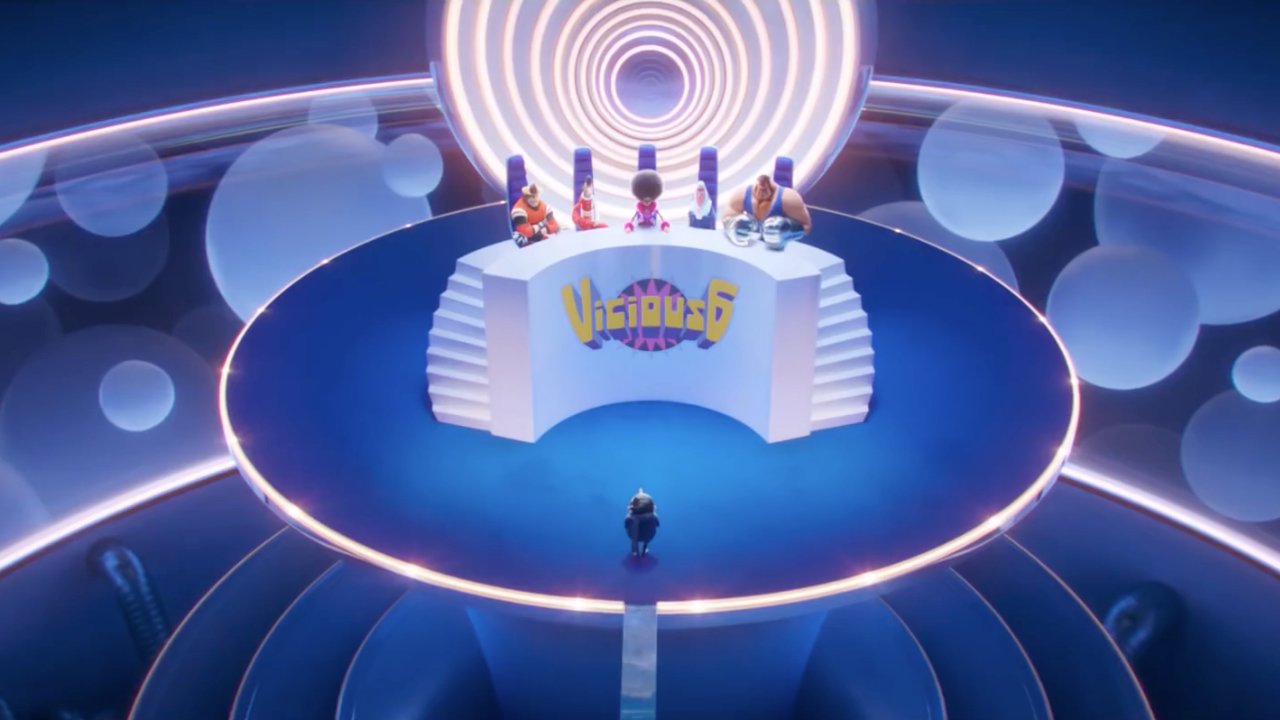 Screenshot courtesy of Minions: The Rise of Gru Trailer (2020) | Movieclips Trailers via Youtube

MINIONS: THE RISE OF GRU Shows Gru as a Young Supervillain

MINIONS: THE RISE OF GRU welcomes back Steve Carrell as the voice of a much younger Gru who is already a supervillain.

The new installment of the franchise is a prequel to the first three DESPICABLE ME movies, but a sequel to the 2015 MINIONS movie, says the Hollywood Reporter. However, the movie could be watched as a stand-alone if audiences haven’t seen any of the other movies.

A trailer released this week for the movie shows a young Gru in a waiting room full of villains to interview for the last spot of the Vicious 6, a prestigious supervillain organization.

The villains who interview him find it funny that he thinks he can join their ranks. They believe his age and stature hinder him.

One character even says, “Come back when you’ve done something evil to impress me.”

To prove them wrong, Gru steals the group’s precious stone.

He somehow gets away with it and with the help of his minions tells them, “This is the biggest day of my life.”

He continues, “This kid just stole something from the worst villains in the world,” and receives massive cheers from his minions.

However, when Gru asks Otto, one of his minions, for the stolen stone, he finds out the minion traded the stone because he fell in love with a pet rock. This obviously blows Gru’s mind, as he thought he just pulled a fast one on the worst villains in the world.

DESPICABLE ME and DESPICABLE ME 2 were nominated for Movieguide® Awards in the Best Movies for Families category both in 2010 and 2013. However, MINIONS did not have a strong/redemptive angle, and Movieguide® recommended extreme caution for that movie.

MINIONS: THE RISE OF GRU hits theaters on July 3.