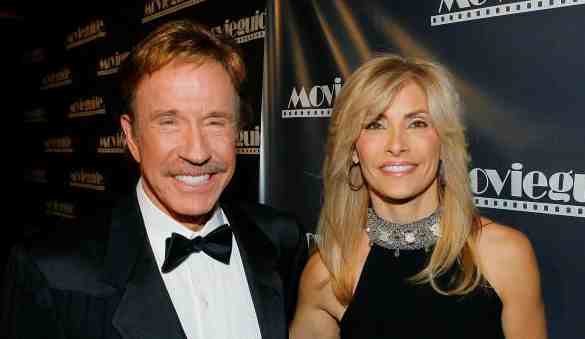 In the 1950s, Elvis gyrating his pelvis during his performances was so scandalous that “The Ed Sullivan Show” refused to show him from the waist down.

Similarly, the lead singer for The Doors, Jim Morrison, was asked to change the lyrics in the song, “Light My Fire,” from “girl we couldn’t get much higher” to “girl we couldn’t get much better,” because the original words were regarded as too obscene. During the actual performance, Jim snubbed Mr. Sullivan and his producers by singing the original lyrics, saying afterward that he “forgot” about their request.

Fully clothed gyrating pelvises and innuendoes to getting high were considered over-the-edge behavior in the America of yesteryear.

Some of us are old enough even to remember the shocking nature of Barbara Eden showing her navel on “I Dream of Jeanie” in the ’60s – or how the torso-revealing, one-piece bathing suit was considered scanty on “Charlie’s Angels” in the 70s.

Compare that to today.

No one is shocked or surprised today to see several performers on MTV’s music-award shows barely clothed and parading like dancers in a strip joint. Yesterday’s wardrobe malfunctions are today’s wardrobe (or lack thereof).

MTV’s reality shows “Jersey Shore” and “16 & Pregnant” are only the beginnings of a television tidal wave of explicitly sexual content that is invading the hearts and minds of America’s youth.

Here is a small sampling of other exposing moments USA Today reported that your child or grandchild might run into on television when you offer him or her some free time to channel surf.

MTV’s brand new show, “The Hard Times of RJ Berger,” is a comedy about a nerdy 15-year-old whose male genitalia is accidentally exposed.

When it premiered this last fall, ABC’s “Cougar Town” had a scene that implied Courteney Cox’s character was giving oral sex to her date.

Showtime’s “Secret Diary of a Call Girl” highlighted Billie Piper playing hooker Belle, who was using her new sexual experiences with clients to write another book.

And do I need to say any more than just give the title of Showtime’s “Californication”?

HBO’s “Hung” (as the title also infers) is about a well-endowed teacher moonlighting as a prostitute.

And if you think children are safe watching one of the more benign nature or history channels, consider that he or she might run into the History Channel’s multiple-episode series, “The History of Sex” or even National Geographic’s TV’s adult-themed documentary series, “Taboo,” which will test your boundaries and push beyond your comfort zone about issues like fantasy lives, strange love, nudity and the third sex.

Has the escalation of sexual content over the past decade on television had negative effects upon our culture and younger generations? Consider that, in 2004, a national study of teens concluded that those who watched more sex-oriented scenes and programs were more likely than others their age to become sexually active.

In 2006, another nationwide study surveyed teens watching 23 sexually explicit shows and concluded that, “By age 16, teens who watched a lot of sexually charged TV were more than twice as likely to be pregnant or father an out-of-wedlock baby as teens who watched very little.”

And in 2010, the nation’s leading group of pediatricians issued a strong warning to pediatricians, parents and the media about the dangers that explicit sex on television, the Internet and other media are giving to our children and teens.

Where is Ed Sullivan when we need him?

Actually, there  is a man who has been in show business for 40 years, fighting to hold a line on decency, respect and moral boundaries in movies and on television. His name is Dr. Ted Baehr. Ted and his wife, Lili, are my wife, Gena’s, and my dear friends.

Dr. Baehr is founder and publisher of MOVIEGUIDE: The Family Guide to Movies and Entertainment and chairman of the Christian Film & Television Commission ministry, as well as a noted critic, educator, lecturer and media pundit. His website declares that his life’s purpose is to be used of God to redeem the values of the media while educating audiences on how to use discernment in selecting their entertainment. I would encourage parents to check out Dr. Baehr’s MOVIEGUIDE to see what movies currently in the theatres and on DVD are appropriate for your children to see.I also highly recommend Dr. Baehr’s latest best-seller, “How to Succeed in Hollywood (Without Losing Your Soul).”

On the flip side, the Christian Film & Television Commission has aided the popularity of Christian-themed films this last year like, “Soul Surfer,” “Gnomeo & Juliet,” “Rango,” “Hop” and “Rio.”

Unfortunately, their upcoming work is cut out for them, as more over-the-edge movies are heading toward our children this summer, including:

“Another Bullsh-t Night in Suck City”

“Down and Dirty Pictures”

Friends, our society has become desensitized to immorality on screen, and we’re passing it onto our children and teens by allowing them even to be exposed to such vulgar content and productions via our televisions, the Internet and our movie theaters.

We must embrace the wisdom of the great English orator, Edmund Burke, who said, “Evil flourishes when good men do nothing.”

If you feel the same, I respectfully plead with you to partner with Ted Baehr, his wife, Lili, my wife, Gena, myself, and a host of other patriots by doing three things:

1) If you consider television programming or a movie inappropriate for children, write the company and others, and say so.

2) If they refuse to respond and protect the children of our country, then inform them that you will be writing their sponsors and no longer using their products;

3) Lastly, arm Ted to slay the corrupt giants of the Hollywood industry and redeem the values of mass media and entertainment by sending a financial gift of any size to continue the work of The Christian Film & Television Commission.