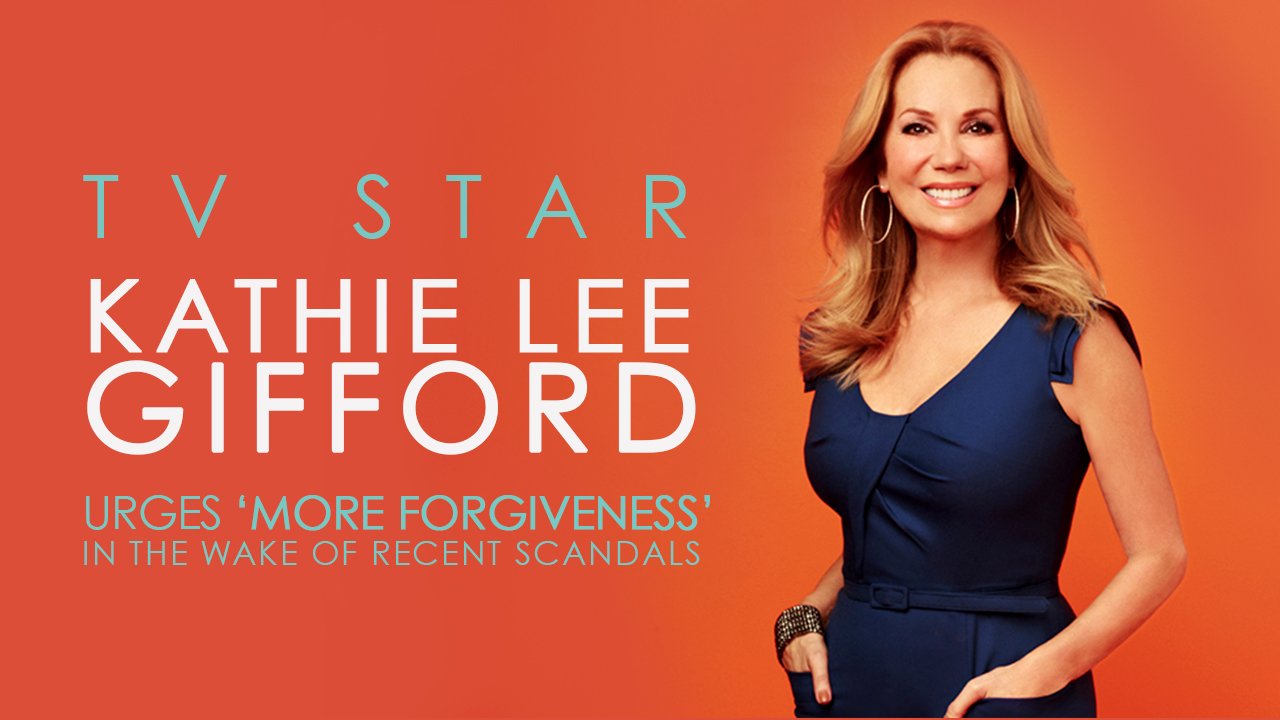 With media channels continuously reporting such terrible events as terrorist attacks, political scandals, and catastrophic natural disasters, it seems the world is growing darker and more frightening by the day. It’s a rare occurrence when we open up a newspaper or log onto Facebook and find uplifting news or a sunny perspective waiting to greet us.

Lately, reports on sexual misconduct in Hollywood have put A-list celebrities in the spotlight, and not the right kind of spotlight. Film producers Harvey Weinstein and Brett Ratner, as well as actors Kevin Spacey and Louis C.K., are among the growing list of accused abusers. Last week, many Americans were shocked to learn that former “Today” show co-host Matt Lauer has been added to this list.

Lauer, who co-hosted “Today” for two decades, was fired by NBC News on Wednesday after a female colleague made a detailed complaint, accusing him of inappropriate sexual behavior during the 2014 Sochi Olympics. The alleged behavior continued in the workplace after the games, and two more women later came forward with similar complaints. Variety published an exhaustive account detailing Lauer’s misconduct with at least three women over several years.

It is human nature to feel appalled, even outraged, when we hear of such despicable behavior. We expect the guilty party to be shamed, ridiculed, and ostracized by former colleagues, friends, and fans.

However, Kathie Lee Gifford, co-host of NBC’s morning show, KATHIE LEE & HODA, recently shared a message intended to inspire mercy, compassion, and hope in the wake of yet another disheartening news day. Her comments, though, appear to have been met with more criticism than applause.

On her Nov. 29 program, Kathie Lee did the unexpected, tenderly addressing the news about Lauer’s termination.

She said she texted Lauer Wednesday morning and told him, “‘I adore you, and no person is perfect in this world. Nobody is.’” She proceeded to quote Romans 3:23, which sys, states that “all have sinned and fall short of the glory of God.”

“What we need now is forgiveness,” Gifford said, “and we need mercy for one another. And, we don’t need taunts, and we don’t need ugliness — we have enough of that in the world.”

After mentioning her own struggle with an unfaithful husband, with whom she reconciled, Gifford stated, “Only God can heal it. There’s no bad time to reach out for His help. We are all so broken. We’re broken, and we need somebody to put us back together. And, it’s possible. It is so possible. I’m living proof of it.”

Gifford’s comments have drawn fire from both men and women on Twitter. She’s been accused of hating women, being an “enabler,” and making excuses for Lauer, seemingly downplaying his egregious behavior.

One fan of Kathie Lee disagreed with the analogy she made between Lauer and her late husband, Frank Gifford:

“Your situation with Frank is totally different than Matt’s. Frank was a cheater. Matt is an alleged workplace sexual harasser,” the fan wrote.

Kathie Lee responded directly to the fan on Twitter, saying that Lauer “is still a human being as is the accuser. We all need grace.”

Lauer’s actions shouldn’t be glossed over. They’ve wreaked havoc in several women’s lives and caused unknowable strife, shame, and perhaps lifelong emotional and psychological consequences. While Gifford was perhaps a bit easy on Lauer, her intentions, namely to urge people toward grace and discourage them from hate, are commendable. Indeed, one of the worst things for Lauer at this time would be to verbally attack him. There is a difference between disapproving of and punishing someone’s sin and using it to destroy them.

As proverbs 24:17 says: “Do not gloat when your enemy falls; when they stumble, do not let your heart rejoice, or the Lord will see and disapprove and turn his wrath away from them.” (NIV)

This story calls to mind the account of the New Testament woman who was caught in the act of adultery. The Pharisees brought her before Jesus, saying, “ The law of Moses says to stone her. What do you say?”

Jesus stooped down and began writing in the dust with his finger. When they kept demanding an answer, he stood and spoke the now-famous words, “All right, but let the one who has never sinned throw the first stone!” Then he bent back down and continued to write in the dust as the accusers slipped away.

The point was clear. No one’s hands are clean. Everyone is guilty.

Like Gifford said, we are all broken people, with pasts that are full of sins and scars, some secret, and some as notoriously well known as Harvey Weinstein’s and Matt Lauer’s. Before we cast judgment, before we pick up our stones, let us examine our own hearts and remember how God has cleansed them. Let us, like Christ, treat the accused not with contempt, but the opportunity to be redeemed, a gift none of us deserves but can all freely receive from Jesus’ nail-scarred hands.

Yes, the days and its news are often dark, but the Holy Spirit within each Christ-follower is an inextinguishable source of light. As long as we, like the Sunday school song says, allow that light to “shine, shine, shine,” there is healing for the broken and redemption for the lost.

“You are the light of the world. A town built on a hill cannot be hidden. Neither do people light a lamp and put it under a bowl. Instead they put it on its stand, and it gives light to everyone in the house.  In the same way, let your light shine before others, that they may see your good deeds and glorify your Father in heaven.”

Editor’s Note: Diana Anderson-Tyler is the author of multiple novels and faith-based fitness books. Diana can be found on Twitter here.