"One Family’s Search for Their Roots" 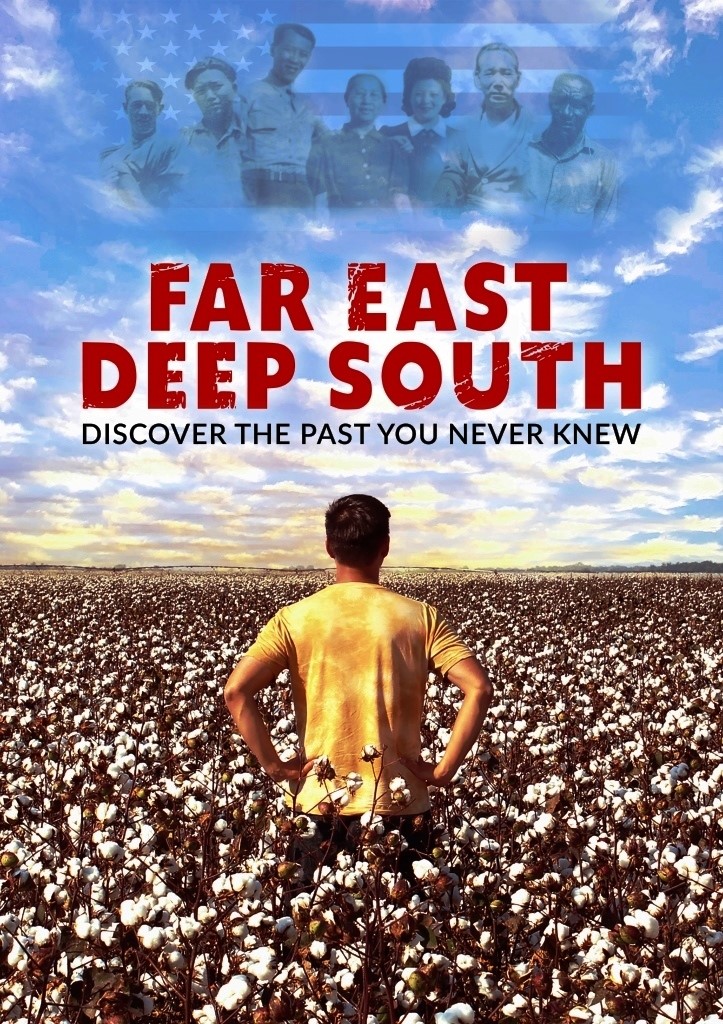 FAR EAST DEEP SOUTH is a beautiful, emotional journey on PBS about one Chinese family’s search for their roots. Baldwin Chiu and brother, Edwin, begin with the assumption that they are first generation Chinese Americans living in San Francisco. However, they find out their Chinese grandfather is buried in Mississippi. This new information leads the Chiu family on a voyage of discovery that will change forever the family they thought they knew. Their journey begins with one question. How did Chinese people end up in segregated Mississippi in the latter part of the 19th Century?

FAR EAST DEEP SOUTH is a wonderful, thoughtful journey of the trials and tribulations of three generations of a Chinese family. What is unique to this story is the patriotism and Christian values evident in the Chiu family. For example, the father, Charles Chiu’s, experience of an absentee father leaves a void in his life, that experience led him to Christ when he attended church as a young U.S. Air Force serviceman. His son, Baldwin, expresses pride in being an American. Families will enjoy FAR EAST DEEP SOUTH.

(CCC, BBB, PP, M): Dominant Worldview and Other Worldview Con-tent/Elements: Very strong Christian, moral, pro-family worldview about an American-Chinese family searching for the history of their long lost father and grandfather, who moved traveled alone from China to Mississippi, including the family patriarch is a Chris-tian and is moved to tears when he’s given his lost father’s own Bible, plus the patriarch served in the United States Air Force and one of his two sons expresses pride in being an American
Foul Language:
No foul language, but there are some references to some racial slurs from the past
Violence:
No violence
Sex:
No sex
Nudity:
No nudity
Alcohol Use:
No alcohol use
Smoking and/or Drug Use and Abuse:
No smoking or drugs; and,
Miscellaneous Immorality:
Some discussion of racism, especially toward Chinese immi-grants in America.

FAR EAST DEEP SOUTH is a beautiful, emotional journey on PBS of one Chinese family’s search for their roots. Baldwin Chiu and Edwin Chiu begin with the assumption that they are first generation Chinese American men living in San Francisco. However, some research reveals that their grandfather is buried in Mississippi. This new information indicates they are actually third-generation American. It leads the Chiu family on a voyage of discovery that will change forever the family they thought they knew.

Their journey begins with one question. How did Chinese people end up in Mississippi in the early 19th Century?

The Chius pack up their car with three generations of family members and travel from San Francisco to Pace, Mississippi, in search of a lost past. Charles Chiu, the family patriarch, has just enough information to point them in the right direction. The initial clue they have to go on is that their grandfather was laid to rest in a nearby cemetery. The Chius begin asking questions of the locals. Their search leads to Pace University’s Museum of Chinese History. Wondering how their grandfather could end up in Mississippi turns into the realization that there were a multitude of Chinese immigrants in the Mississippi Delta in the late 19th Century. Slavery had ended in America. Planters needed new laborers to work the fields cheaply. With the promise of a better economic future, Chinese people flocked to states in the segregated south, including Mississippi, Arkansas and Tennessee.

Chinese immigrants quickly realized, however, that they can’t achieve the economic prosperity that they had hoped for by working the fields. Using their skills, hard work ethic and ingenuity, many Chinese immigrants open grocery store businesses in predominately black neighborhoods. This was the case for Baldwin and Edwin Chiu’s grandfather. Now able to trace the family origins to a particular grocery store in a particular location in Pace, new in-formation begins to emerge, with details of family history.

According to their findings, complications arose in the 19th Century, as American citizens are increasingly fearful that the Chinese immigrants would take their jobs. The Chinese Exclusion Act of 1882 prohibited Chinese from immigrating to the US for 10 years. In fact, heavy measures would last for six decades to ban Chinese people from immigrating to the US. Some already in the US were sent back to China. Chinese immigrants who returned to China weren’t able to return to the U.S. As a result, many families were separated. The Chiu family was no exception.

The family patriarch, Charles Chiu, never knew his father growing up in Pace, Mississippi, a fact that caused him great pain for his entire life. Immigrating at a very young age, Charles left behind his mother and two siblings in China. He arrives in America with his grand-mother. He has to work hard to take care of his grandmother, because her feet are bound due to Chinese custom at the time. Charles grows up thinking he’s unloved and unwanted by his family in China. Several decades later, the discovery of historical facts, letters and photos paints a larger picture of what actually took place at the time. Charles reads an emotional letter written by the father whom he always believed carelessly abandoned him by moving to America. The letter reveals his father was deeply distressed and suffered greatly due to the separation from his family. He expresses immense regret he was unable to con-rol the circumstances that kept him from his family. The Chinese Exclusion Act would not be repealed until 1943, but severe restrictions remained until Congress passed the Immigration and Nationality Act of 1965. In 2012, U.S. Congress expressed regret for the Chinese Exclusion Act.

The Chiu family brings light to a history of Chinese people in America which has been largely untold. The documentary is a heartfelt, emotional journey of a family’s survival against the backdrop of a tumultuous U.S. history. What is unique to this story is the patriotism and Christian values evident in the Chiu family values. For example, Charles Chiu’s experience of an absentee father leaves a void. It is this very experience that leads him to Christ. He attends church as a young U.S. Air Force serviceman. He’s deeply touched at the Christian understanding of God as our Heavenly Father. His son, Baldwin, expresses pride in being an American.

FAR EAST DEEP SOUTH is a wonderful, thoughtful journey of the trials and tribulations of three generations of a Chinese family that finds the missing pieces that restore their iden-tity and help them find what was lost in the Mississippi Delta.