"The Family that Prays Together. . ." 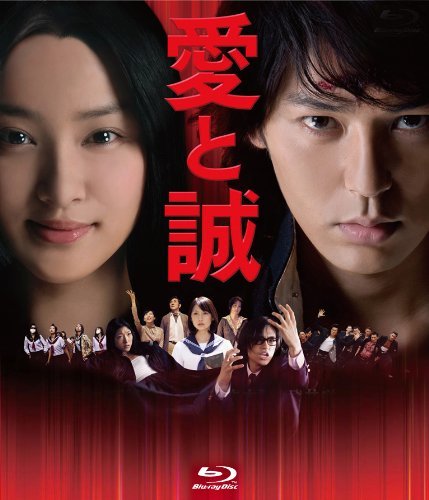 FOR LOVE’S SAKE tells the story of Mary Walker, a preacher’s widow with psychological problems. After the father dies, Mary’s two sons are placed in a Christian orphanage by a compassionate counselor. The government develops a case against the Christian orphanage when one girl commits suicide. The grandparents try to care for the boys, but fail. Eventually, it looks like the state will do its worst to place the boys in the most despicable of homes. Only a miracle will save the Walker family.

FOR LOVE’S SAKE has many compelling moments. Best of all, the church is a beacon of light. The Christian therapist, played by Bruce Marciano, is a loving, caring person. Eventually, prayer and a conversion solve the plot problem. Regrettably, too much of the dialogue is static. The story takes off in one direction, and then takes a turn into the ultimate plot – the mother’s fight against the state for her children. Along the way, there are some plot holes. These problems are too bad, because the story deserves to be told and reveals the corruption of big government.

(CCC, BBB, ACACAC, V, DD, M) Very strong Christian worldview with a clear presentation of the Gospel, with two conversions, and content that is very anti-statist and anti-totalitarian; no foul language; boys fight, image from a distance of a girl who hanged herself in a forest, mother ODs on drugs but nothing shown, and father dies from motorcycle accident but nothing shown; no sex; no nudity; no alcohol; no smoking but it’s implied mother has overdosed on drugs; and, lying, stealing, and running away.

FOR LOVE’S SAKE has a lot of good camerawork, and emotional moments, but it’s severely hurt by a very weak script.

The movie tells the story of the Walker family. Supposedly based on a true story, the Walker family is about to celebrate Christmas. One of the two boys, James, asks his lay father, Peter, if he can become a Christian, so they pray for him to receive Christ. However, the other brother, Paul, wants nothing to do with Christianity.

The next day, Peter going off to preach gets in an accident on his motorcycle. The boys aren’t told their father has died. The mother, Mary, is devastated. Supposedly, she has an incurable psychological problem, which makes her hyper-emotional.

Mary tries to take the children back for a while, but has a breakdown. Paul learns how to steal at the orphanage. The government develops a case against the Christian orphanage when one of the girls commits suicide. The grandparents try to take care of the boys, but fail. Eventually, it looks like the state will do its worst to place the boys in the most despicable of homes. Only a miracle will save the Walker family.

There are a lot of compelling elements in FOR LOVE’S SAKE. Best of all, the church is a beacon of light. The Christian therapist, played by Bruce Marciano, is a loving, caring person. Eventually, prayer and a conversion solves the plot problem.

Regrettably, however, too much of the dialogue is static. There are also several telephone conversation scenes, which are a definite “no” in successful script writing. The story takes off in one direction and then takes a turn into the ultimate plot, which is the mother’s fight against the state for her children. Along the way, there’s some plot holes and several unresolved issues.

These script problems are regrettable, because the story deserves to be told and reveals a tremendous social problem, which is the State opposing families and private Christian institutions. The movie takes place in England. England was built on the Christian faith and fee simple ownership. Children belong to the family, not the State. This movie shows what socialist, secular government has done to rot the very family fabric of society. FOR LOVE’S SAKE also shows how the church can save the day.