"Ego Is an Unpleasant Guest" 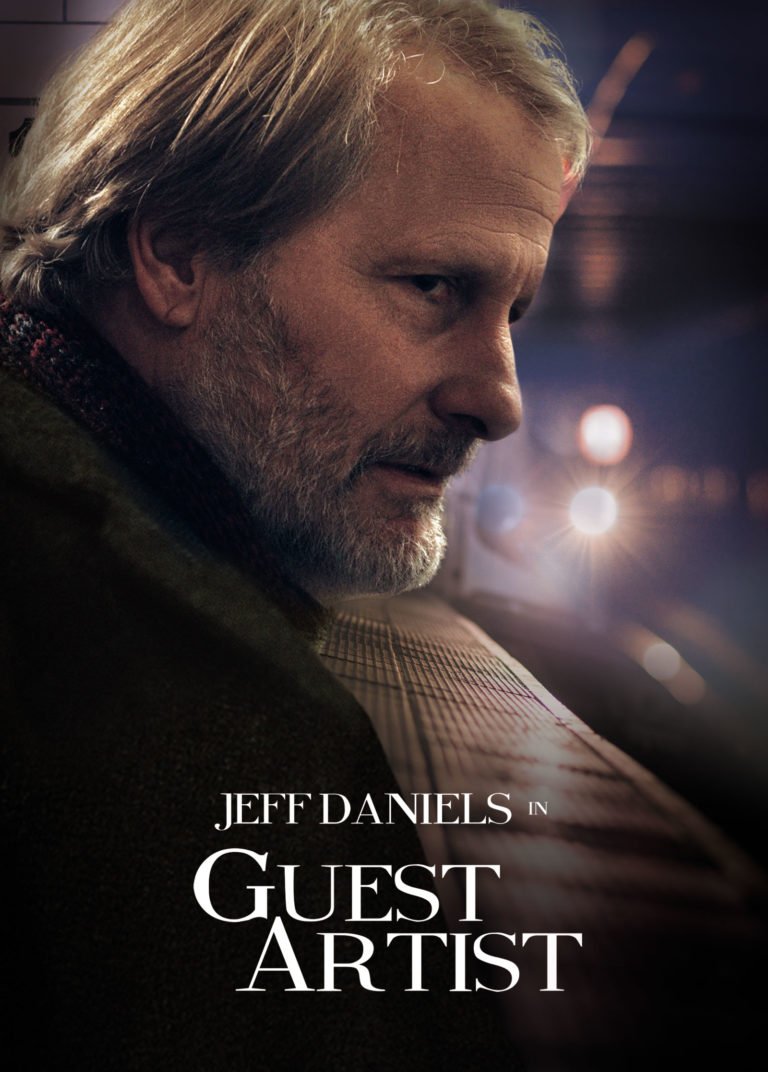 GUEST ARTIST follows an egotistical, alcoholic playwright, Joseph Harris, who travels to Lima, Ohio from New York to get his play off the ground. When he arrives, Kenneth Waters, a local aspiring playwright, meets Joseph at the train station to take him to his hotel. Joseph seems more interested in talking about himself rather than going to the hotel and working. After taking for a while, Joseph decides he’d rather just leave. He strikes a deal with Kenneth. If Kenneth will get him some booze, Joseph will stay.

Jeff Daniels stars in and wrote GUEST ARTIST, which is based on a true story. The two lead actors have good chemistry. The movie’s pacing is also good. GUEST ARTIST has a strong humanist worldview. The title character looks out for his own interests. The movie also has some foul language and substance abuse. This content and the movie’s worldview merit extreme caution. However, GUEST ARTIST also contains some light Christian, moral content. For example, a Methodist church is mentioned, a character says, “Praise Jesus,” and the beginning writer does get help from his mentor.

(HH, AP, C, B, LL, V, AA, DD, M):
Dominant Worldview and Other Worldview Content/Elements:
Strong humanist worldview where the lead character claims one never needs to apologize and is so self-absorbed that he only wants to do something for someone else if there’s something in it for him, with some anti-patriotic elements where the lead character turns the events of 9/11 into a play but says, “We deserved it,” mitigated by some light Christian, moral elements such as a character tries to improve his artistic craft and is eager to glean wisdom from a mentor, and that mentor eventually does give him some help, a Methodist church is mentioned, and there’s one “Praise Jesus” line of dialogue
Foul Language:
14 mostly light profanities (one strong Jesus profanity), five light obscenities (mostly “h” words), one instance where a character calls someone a wench, mention of passing gas, one “I swear”
Violence:
Character smashes someone’s cell phone without his permission, character holds baseball bat in a threatening way, but nothing ever comes to pass, woman points a gun at a man who she thinks is trying to rob her, but he wasn’t, and she lowers it accordingly
Sex:
No sex
Nudity:
No nudity
Alcohol Use:
Lead character rarely seen without a drink in his hand and tells someone to go buy him alcohol, scene in a convenience store with alcohol, movie opens at a bar
Smoking and/or Drug Use and Abuse:
Character smokes tobacco in one scene and characters smoke marijuana in one scene; and,
Miscellaneous Immorality:
Character makes a threat about getting someone fired from their job.

GUEST ARTIST follows an egotistical, alcoholic playwright named Joseph Harris who travel to Lima, Ohio from New York to get his new play off the ground. Well-acted and concisely paced, GUEST ARTIST warrants extreme caution because of a humanist worldview where the protagonist looks out for his own interests and because of some foul language and substance abuse, but the movie has some light Christian, moral elements.

The movie begins with an aging playwright named Joseph Harris as he walks the streets of New York City around Christmastime. Joseph finds in himself in a bar at one point, then gazing at the 9/11 memorial and, later, at lunch with a friend where they discuss what’s next for him professionally.

Joseph takes a train to Lima, Ohio where his driver is M.I.A. Cut to a gentleman, Kenneth Waters, at home, He stands up quickly, realizing he’s almost an hour late to pick up Joseph from the train station. When Kenneth meets Joseph, he’s taken aback by his drunkenness. This isn’t at all the man he expected to meet, a man whose artistic work has inspired him to become a playwright too.

Kenneth and Joseph exchange some punchy dialogue about their lives. Eventually, Joseph decides he wants to leave. However, Kenneth’s theater company expects an original play by Joseph, so his desire to leave is frustrated. The two strike up a deal. If Kenneth gets Joseph some booze, Joseph will read Kenneth’s first play and give him feedback before he leaves.

Desperate to improve as a writer, Kenneth returns with the booze for Joseph, and Joseph slowly criticizes his work. Kenneth takes his correction in stride, but he refuses to let Joseph belittle him. Ultimately, her tells Joseph, “I am an artist, and this is my art,” something which Joseph had previously challenged him to say.

There’s just one problem, however. If Joseph leaves, there’s no play for Kenneth’s theater company.

Jeff Daniels stars in and wrote GUEST ARTIST, which is based on a true story. The two lead actors have a good chemistry that makes for fine performances. The movie is short, at 75 minutes, but the pacing is orchestrated well. So, it’s hard to imagine the movie being any longer in the first place.

GUEST ARTIST has a strong humanist worldview where the title character looks out for his own interests. Although the title character is turning the events of the 9/11 Muslim terrorist attacks into a play, he says, “We deserved it.” GUEST ARTIST also has some foul language and substance abuse. This content and the movie’s worldview merit extreme caution. However, GUEST ARTIST also contains some light Christian, moral content. For example, a Methodist church is mentioned, a character says, “Praise Jesus,” at one point, and the beginning writer does get some help from his mentor.