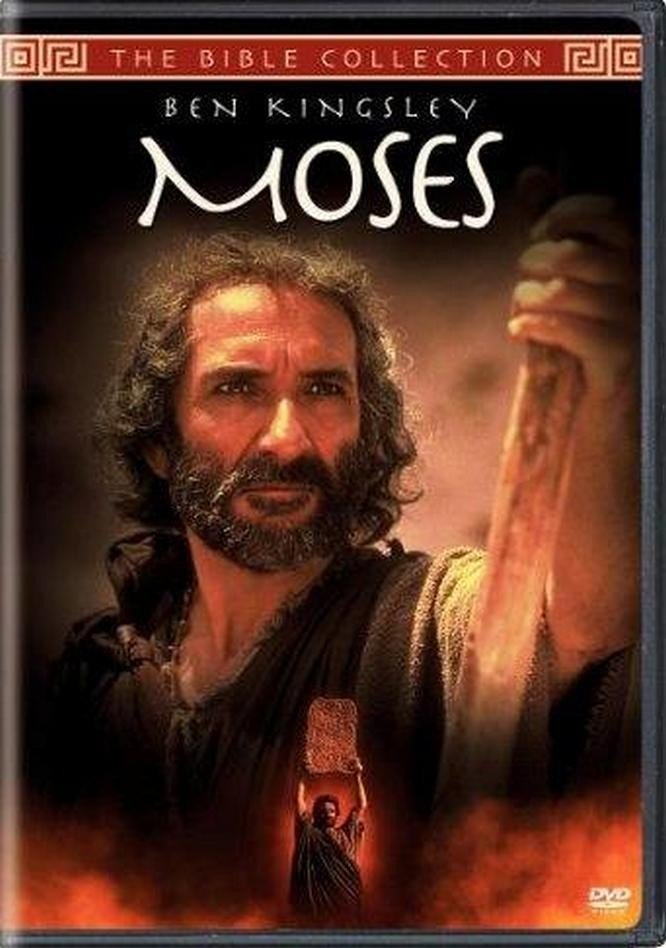 The same production team that brought us the TV special JOSEPH, now brings us MOSES. Whereas the TEN COMMANDMENTS focuses on the early years of Moses, this version moves rapidly through the younger life of Moses, lingers on the flight from Egypt and concentrates on the forty years in the wilderness. Though sometimes tedious, it is faithful and worth watching.

(B, VV) Biblical worldview with all the violence that can be found in the Bible including plagues, Moses's killing of the Egyptian, the death of the firstborn sons of the Egyptians, drowning in the Red Sea, the slaughter of the rebellious Israelites, leprosy, earthquakes, and many of the other judgments of God on sinful man

TNT should be applauded for bringing us vivid television renditions of the lives of biblical heroes, such as the award winning JOSEPH. Although the same brilliant team came together to produce MOSES, they did not achieve the same level of success. No doubt this is because the life of Moses spans four books of the Old Testament. Whereas the Ten Commandments focused on the early years of Moses, TNT’s version moves rapidly through the younger life of MOSES, lingers on the battle with Pharaoh and the flight from Egypt and focuses the whole of part two on the forty years in the wilderness. Clearly, this approach helps us understand the sinfulness of man as the people of Israel experience the miracles of God and yet continually turn away from God, mumbling and grumbling, as God tries to shape them into a community worthy of the promised land.

The good news is that MOSES stays close the text. Ben Kingsley does a meticulous job as Moses. In many ways, you need to know the Bible before you watch the program. Important details are left out making it difficult for non-Bible scholars to follow. The more you know about the Bible, the more this version will have meaning and pertinence. It will work better in Sunday Schools than it does as a television special. However, it is faithful and worth watching.