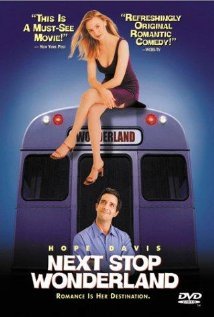 Rent or Buy NEXT STOP, WONDERLAND: