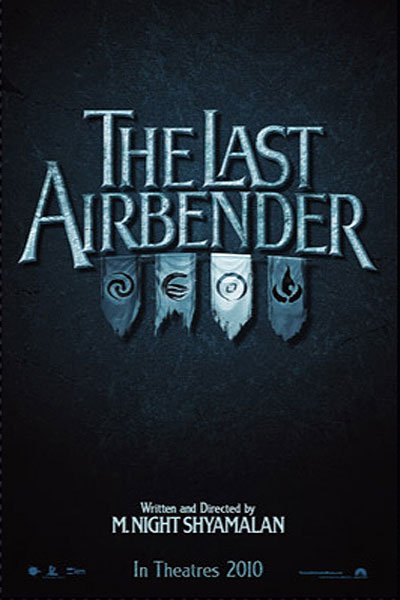 THE LAST AIRBENDER may have worked if it was made into a video game, where the gamers would defeat a sequence of bad guys to control spirits and gain skills, but, as a movie, it is a tedious, talky, badly acted, disconnected mess with a slightly more acceptable ending. In the story, a young boy is the reincarnated Avatar who must stop the evil leader of the fire kingdom, who is trying to control the water, earth and air nations. First, however, the young avatar must learn how to bend water, earth and fire before he can restore balance to the world.

Writer/director M. Night Shyamalan started off making some good movies, but seems never to have grown in the perfecting of his craft, so his movies have been getting worse and worse. This is a plodding plot, with flat characters, poor acting and silly, boring, cheesy dialogue. The special effects and music overwhelm the rest of the movie. THE LAST AIRBENDER also contains a very strong, eclectic, pagan worldview, with constant references to reincarnation, the spirit world, a dragon spirit, a moon spirit, and other false, impoverished pagan concepts.

(PaPaPa, OOO, FRFRFR, PCPC, B, P, Ro, C, VV, N, MM) Very strong eclectic mix of Buddhist, Hindu, Shinto, occult, pagan worldviews with very strong false religious concepts including constant references to reincarnation, the spirit world, specific spirits (including dragon and moon spirits), Eastern meditation, the yin and yang, learning to be a fire, water, earth, or air bender, with politically correct implications suggesting that the mechanically advanced, materialistic fire people are evil while the earth-in-tune, non-mechanical water, earth, and air peoples are good, though with some light moral elements reflecting light positive American/Western values that are slightly anti-big government and anti-dictator, plus some Romantic elements of getting in touch with your feelings to magically control water and some redemptive elements that value sacrifice; no foul language; almost constant, stylized martial arts action violence, with people kicked, punched, stabbed, crushed, frozen, beaten, dropped, beheaded, and engulfed by flames, spirit god stabbed to death, skeletons found of monks killed by fire people, men hung from ceiling, scary creatures attack a fire encampment, and frightening events in the action scenes; no sex scenes but one kiss; upper male nudity; no apparent alcohol use; no apparent smoking and no drugs; tattoos, dictator renounces his son because son is trying to be a good son, lying, deceit, pride, betrayal, villain’s family is dysfunctional, and general weirdness.

THE LAST AIRBENDER may have worked as a video game, where gamers defeat a sequence of bad guys to control spirits and skills, but, as a movie, it is a tedious, talky, badly acted, disconnected mess with a slightly more acceptable ending. That said, an exciting ending can save a poor movie at the box office.

The movie opens with a voiceover saying that the Avatar has been missing for a hundred years. When he was around, the water, earth, fire and air kingdoms were in balance. When he disappeared, the fire kingdom started brutally conquering all the other kingdoms.

Cut to two Caucasian children, Katara and Sokka, who live in an Asian village, crossing a vast ice field searching for food. Katara is trying to bend the water, when they come across a sphere under the ice. She breaks it open and inside is a little boy, Aang, who is the Avatar, with the appropriate avatar tattoos all over his body. He is riding a mythical flying creature. Evidently, Aang did not want to give up having family and friends, so he tried to reject being the next reincarnation of the Avatar by running away from the monks who were training him. A hundred years after he disappeared into the ice, the fire people are progressively subjecting the other kingdoms to their mechanistic dictatorship. In fact, Aang soon finds out that the fire people have killed off all the monks.

Aang is an expert at airbending, but he needs to learn how to be an earth, fire and water bender if he is going to assume his role as the Avatar. He must learn water-bending next, and Katara and Sokka say they will take him to the northern water-bending kingdom, where he can learn from expert water-benders.

On the way, they stop at an earth-bending kingdom and get into a battle with Prince Zuko, who is trying to capture the Avatar so he can get back into his evil father’s good graces. His father thought Zuko was weak, so he disowned him.

Prince Zuko travels with his sage, fire-bending uncle, Iroh. Zuko is opposed by the fire general, who wants to capture the Avatar first, to retain his place of privilege with the king.

For all of the special powers these people have, they seem to be highly vulnerable and pathetic. The movie consists mostly of martial arts sequences in between large discussions of Eastern religious concepts. None of the characters seems to be good, including the Avatar Aang, who selfishly ran away. Aang is desperately trying to be the Avatar he should be. He talks to the dragon spirits, which will remind Christians of the Devil.

Many of the people in the movie are Asian or Indian, with a few Caucasians and only one African, a very strange state of affairs. The costuming has heavy Chinese, Japanese and Indian accents.

The music is overbearing, as are the special effects. The spectacle is so overbearing, in fact, that it verges on sensory overload. While the landscapes of the four, fantastical nations are stunning, the combination of sound, music and 3-D is sometimes so overwhelming that it is likely to be scary for children, especially younger ones. Some of the demonically frightening creatures are also likely to terrify youngsters.

Those with bending powers use their minds to manipulate the elements around them, such as a lit torch for fire, the ocean for water or rocks for earth. The only exception to this seems to be Prince Zuko’s uncle, Iroh, who on one occasion shoots fire from his fists that comes from within and not from a lit source.

Writer/director M. Night Shyamalan tries to incorporate some of the slapstick humor that is a trademark of the television series into this movie, but the humor falls flat in the context of this movie. Because of the length of the television series and the magnitude of the movie, much of the character and relationship development is cut short, leaving the audience a bit confused as to how the bonds between the characters are formed so quickly. Tighter scripting and editing, with an eye toward the non-fan audience, could have greatly benefited the movie.

M. Night Shyamalan started off making some good movies, but never seems to have grown in perfecting his craft, so his movies have been getting worse and worse. He is a master of the trick ending, but don’t expect a trick ending here. This is a plodding plot, with flat characters, poor acting and silly, boring dialogue. In fact, the dialogue often comes across as cheesy and detracts from the movie’s serious intent.

Even so, the finale does a tolerably entertaining job of announcing that this is the first movie in the saga of THE LAST AIRBENDER. However, unlike THE LORD OF THE RINGS that compels you to see the next movie, THE LAST AIRBENDER leaves you disappointed and discouraged. Many parts of the movie are awful, weird, silly, and self-contradictory. Fans are discouraged that the three Asian heroes have been changed to Caucasian American types for the American audience.

What M. Night Shyamalan really needs is the Holy Spirit, which comes through a personal knowledge of Jesus Christ, who would cleanse him of his sins with His shed blood and give him a real life of peace and overcoming.

This movie reminds me of my youth growing up in an acting family intrigued by Eastern religions. The people we visited who practiced these religions and the ones I visited when I took my obligatory hippy college tour of the far East forty five years-ago, were as confused and frustrated as the characters in this movie. It was such a relief to meet Jesus Christ and be delivered from the impossibility of meaningful self-improvement, to know the Truth that sets you free, Jesus Christ, to be saved by His free gift, to be filled with His Spirit. If M. Night Shyamalan would meet the Spirit of the living God, his movies would take on a logic and a power that would make them worth watching.