RISE OF THE GUARDIANS

"Bringing Hope and Light to Children" 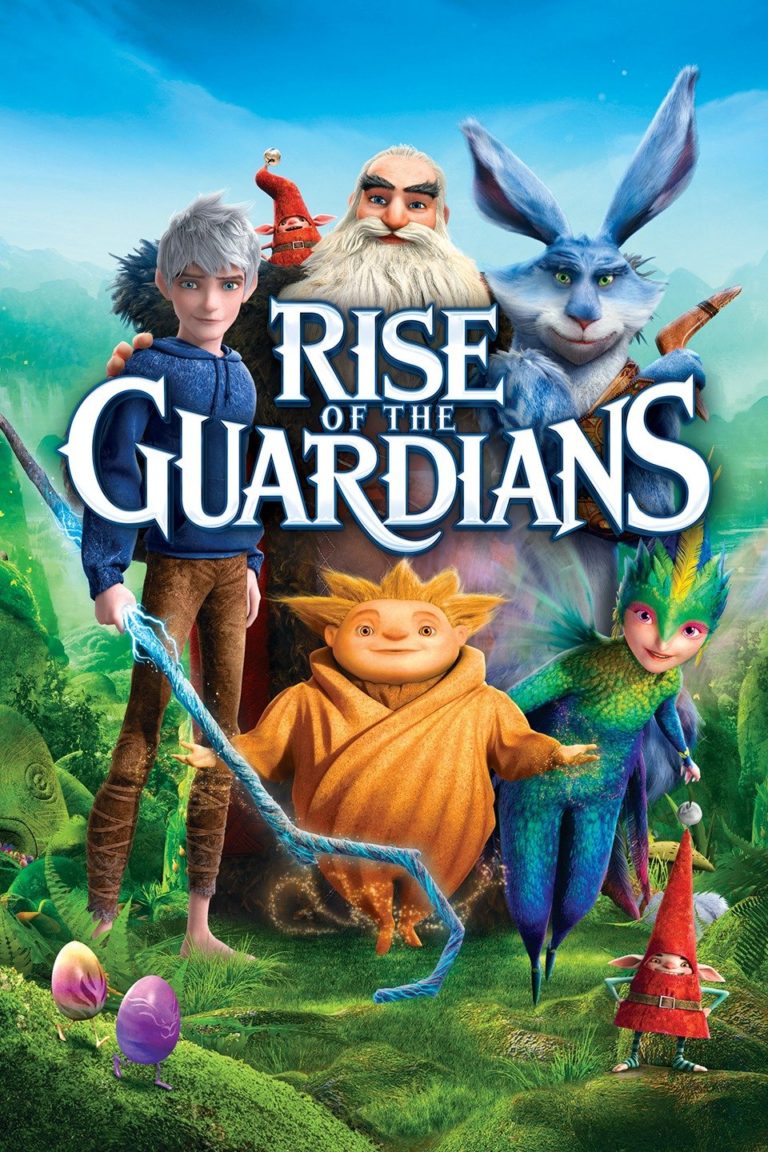 In the animated RISE OF THE GUARDIANS, Jack Frost longs to find meaning and purpose in his life. Jack asks the Man on the Moon for meaning. Meanwhile, the Boogie Man starts appearing to children, destroying their good dreams and replacing them with bad ones. Concerned, “The Guardians” hold a meeting. They include a tattooed Santa Clause, the feisty Easter Bunny, the Tooth Fairy, and the Sandman. The Man on the Moon tells them to make Jack Frost a guardian. Together, they must fight to maintain hope, wonder and light in the world.

RISE OF THE GUARDIANS is a very entertaining family movie. Using incredible animation, the quality is superb. Some dark villainy may be scary for very young children. The characters in RISE OF THE GUARDIANS are secular holiday icons, who are broken and serve “The Man on the Moon,” who isn’t revealed, but they ask him for guidance in a way resembling prayer. THE RISE OF THE GUARDIANS has a strong moral worldview, but caution is required to help children understand the Truth of Jesus Christ versus the fiction of fairytales.

(BBB, C, V) Very strong moral worldview with some redemptive elements including an emphasis in sacrifice in order to bring “hope, wonder, and light,” character says Easter is about “new beginnings, new life and hope,” the light scares the darkness away, character is chosen to bring light to the world, character looks up to the sky and almost in a prayer fashion asks for the meaning of his life and its purpose and later decides to take the calling to help bring light and hope to children and the world, plus legendary characters like Santa Claus, the tooth fairy, the Easter bunny, etc., though it does show their weaknesses, talks about “magic,” and stresses that the characters need to find their “center”; no foul language; light violence and slapstick comedy includes character falls from the sky, character does a high jump and falls into the snow, elves hit each other, character falls into freezing water; no sexual content and tooth fairy kisses another character on the cheek; no nudity; no alcohol use; no smoking or drug use; and, nothing else objectionable.

Jack Frost is longing to find meaning and purpose to why he is the way he is. Though Jack Frost can bring joy to children by producing snow days, he isn’t seen and loved by them, which gives him pain. One night, Jack prays to the man on the moon for direction and meaning.

The Boogie Man, Pitch Black, has started to appear to children, destroying their good dreams and replacing them with bad dreams. Concerned, “The Guardians” hold a meeting. They include a tattooed Santa Claus nicknamed North, the feisty Easter Bunny called Bunny, Tooth the Tooth Fairy, and the sandy Sandman. They hear from The Man on the Moon, who tells them to bring in Jack Frost and make him a guardian. They do, but Jack resists. He’s not sure if he wants to sacrifice himself for the task.

Suddenly, Pitch’s dark horses attack the Tooth Fairy. They take every child’s tooth, the memories from the teeth, and the fairies that help the Tooth Fairy collect the teeth at night. Devastated that she lost all those memories and can’t get to every child during the night, she calls on the Guardians.

The guardians decide to help the Tooth Fairy collect the teeth in the middle of the night around the world. They are able to do it, but children have already started disbelieving in the Tooth Fairy.

Jack Frost longs to know his past. The Tooth Fairy reveals to him she had collected his memories with the teeth he lost, but now Pitch has stolen them. Jack decides to work with the Guardians to get his memories back from Pitch and help the children maintain hope, wonder, and light. If every child stops believing in the Guardians, then the light of the world goes out. If that happens, then only fear and darkness will be left.

RISE OF THE GUARDIANS is a very entertaining, well-made family movie. With incredible animation, the quality is superb. The storyline is clear with many funny moments, tearful moments and exciting moments. Some of the dark elements from the villain may be scary for very young children.

The main characters in RISE OF THE GUARDIANS are holiday icons, such as Santa Claus, the Easter Bunny, the Tooth Fairy, etc. In this case, however, the characters are broken and just serve “The Man on the Moon.” “The Man on the Moon” is an unseen character, but the others look up to the moon and ask for guidance in order to bring hope to the world, almost in a prayer fashion. The Man on the Moon chooses the Guardians from ordinary people and gives purpose and meaning to their lives. The Guardians aren’t invincible, but they help fight for the light. Finally, there is an emphasis on the importance of believing in these characters.

Of course, children should be taught to believe in the Truth, who is Jesus Christ. Believing in fictional characters can lead to disappointment and cognitive rejection of the Truth. So, media wise parents need to take time to explain the Truth of Jesus Christ and the fictional nature of fairytale characters before and after going to any fairytale movie.

Rent or Buy RISE OF THE GUARDIANS: