SISTERS OF THE GROOM 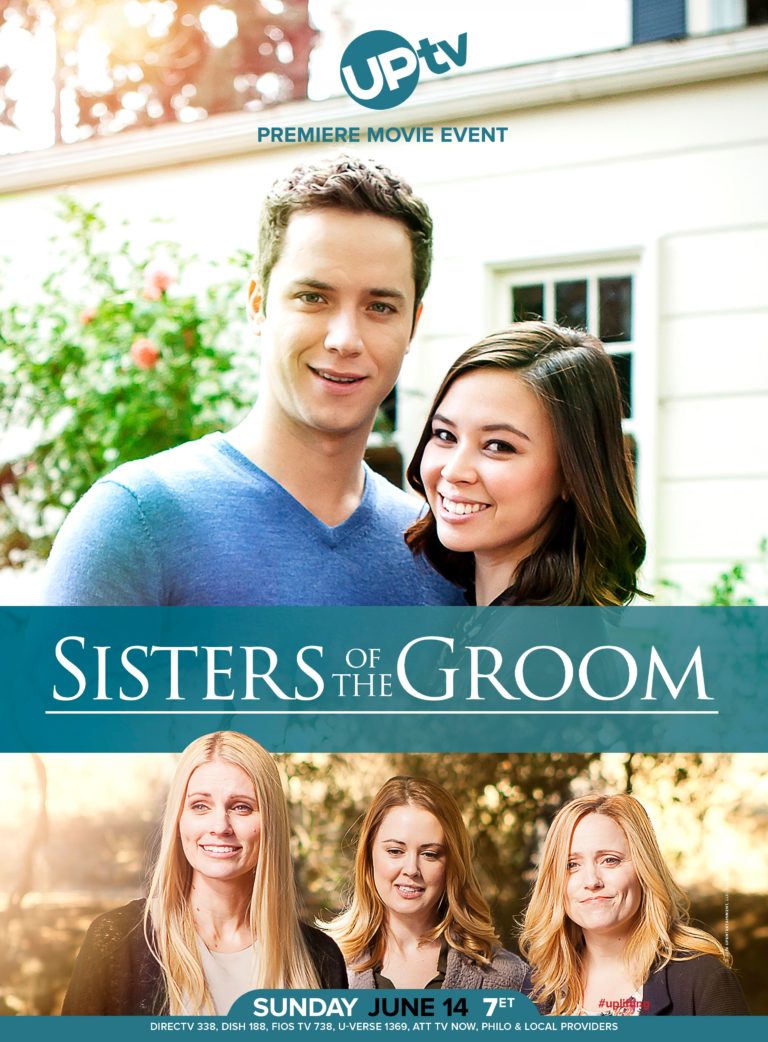 SISTERS OF THE GROOM follows Jason as he pretends to date his neighbor, Sarah, during his brother’s wedding week festivities. If she pretends to be dating Jason, he’ll recommend her sister’s catering company to his father’s company. Jason’s sisters don’t believe Jason and Sarah are dating. They try to set him up with his old flame, Cassie. Despite this, things seem to go well for Jason and Sarah, and the two might have real feelings for each other. However, uncertainty in their futures to pulls them apart. Will they let their feelings blossom, or will they shut them off and follow their dreams?

SISTERS OF THE GROOM has a strong moral worldview with family at the forefront. One couple is also going through the adoption process wanting to add to the family.  Teamwork and marriage are extolled. However, some non-Christian, Romantic elements about leaving family to follow your dreams and some lying merit discernment for younger audiences. Also, the romance in SISTERS OF THE GROOM is lackluster, and the movie has some unnecessary storylines that take away from its main characters.

(BB, Ro, E, S, A, M):
Dominant Worldview and Other Worldview Content/Elements:
Strong moral worldview with family and marriage extolled and a married couple trying to adopt a child and teamwork, reconciliation and compromise are also present in a few relationships, some Romantic elements with a couple pretending dating during a brother’s wedding week who end up falling in love, sisters try to play matchmakers for their brother, and the main characters are in a hard spot where they have to decide to follow their dreams or stay put close to family, plus some light environmentalist elements with main character loving plants and landscaping
Foul Language:
No foul language
Violence:
No violence
Sex:
No sex scenes or sexual immorality (two dating couples kiss, a couple who gets married kiss during the ceremony, and one instance of hand holding)
Nudity:
No nudity
Alcohol Use:
Social drinking at dinner and a wedding
Smoking and/or Drug Use and Abuse:
No smoking or drugs; and,
Miscellaneous Immorality:
Lying and mother tells her children to spy on their uncle.

SISTERS OF THE GROOM opens with Jason trying to fall asleep, but is unable to because of his neighbor, Sarah, making too much noise. Jason finds his way downstairs to kindly ask Sarah to be quieter.

The following day, Sarah heads to help her sister, Molly, finish getting ready for a big interview she has for a potential job. Molly is a caterer and is up for a contract with a spa company opening a new location. When Molly gets stranded with car problems, Sarah takes Molly’s food to the company to represent her at the interview.

Sarah finds out the company is owned by Jason’s family when Jason shows up to interview her for the job. The interview goes completely horrible, and Sarah thinks she lost Molly the contract. However, she tries to make it right by preparing food in her apartment and taking it up to Jason for a second chance.

All the while, Jason’s sisters are planning a week full of festivities that lead up to their other brother’s wedding that weekend. Jason makes a deal with Sarah when she brings the food up to his apartment. If Sarah pretends to be his girlfriend for the week, Jason will give her the opportunity to sell Molly’s food to his father, who owns the company.

However, Jason and Sarah start to fall for one another, which complicates the situation. They both have other dreams they want to follow when the wedding is done. Will they let their feelings blossom, or will they shut them off and follow their own dreams?

SISTERS OF THE GROOM is a cute idea, but it’s executed poorly. The two leads don’t have any chemistry, so it’s unbelievable they really have feelings for each other. Secondly, there are too many unnecessary storylines that take away from the main characters and confuse the viewer. Finally, the acting is just average.

SISTERS OF THE GROOM has a strong moral worldview with family at the forefront. One couple is also going through the adoption process wanting to add to the family. Teamwork and marriage are also extolled. However, some romantic elements about leaving family to follow your dreams and some lying merit discernment for younger audiences.