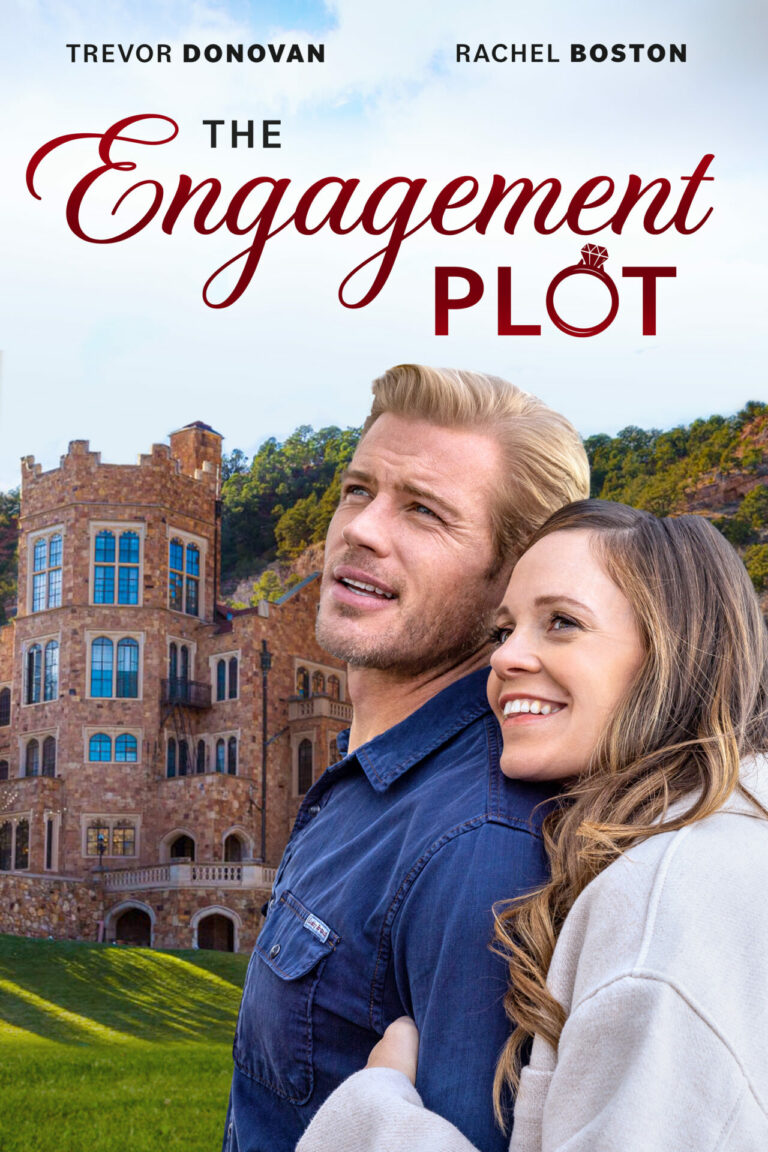 THE ENGAGEMENT PLOT is a romantic drama on UPtv. Will, founder of a successful cosmetics business, reluctantly agrees to do a Bachelor TV series, THE PRICE OF LOVE, to boost his company’s sales. In the process, he meets Hanna, a very real young woman, with whom he begins to fall in love. When pressure from the television studio convinces him to reject Hanna in favor of another contestant, his poor selection harms the sales of his business and their relationship. His company hatches a plot to convince people they’re happily engaged. Can Will and Hannah make their fairy tale ending a reality?

THE ENGAGEMENT PLOT is refreshing in its contrast of the worlds of big business, social media and reality television with the real world of two people. The writing is sometimes hit or miss, and the two leads are the only standout performances. However, their energy and genuineness sustain the viewer’s interest. The movie has a Christian worldview stressing truth and redemption. The female lead speaks about God and her faith on multiple occasions. THE ENGAGEMENT PLOT warrants caution for younger children.

(CC, BB, L, S, M):
Dominant Worldview and Other Worldview Content/Elements:
Strong positive Christian, biblical, moral worldview where the female lead displays a genuine Christian faith and lives and acts from that framework, and there are strong morally uplifting, redemptive themes
Foul Language:
one spoken use of OMG, the same used in text messages, and a use of a British vulgarity
Violence:
No violence, but there’s one scene with two characters yelling
Sex:
No sex scenes, but there is some light sexual banter between the Bachelor and the female contestants, and some passionate kissing
Nudity:
No nudity
Alcohol Use:
No alcohol use
Smoking and/or Drug Use and Abuse:
No smoking or drugs; and,
Miscellaneous Immorality:
Some lying and misleading which are resolved well.

THE ENGAGEMENT PLOT is an ironic romantic reality check. The movie is a romantic drama on UPtv about a man and woman who find love on a Batchelor-type TV program, but complications arise when the TV studio pressures the man to pick a different contestant. The writing in THE ENGAGEMENT PLOT is hit or miss, but the two leads provide enough energy to sustain the viewer’s interest, and the movie has a strong Christian, moral worldview stressing God, faith, truth, redemption, honesty, and true love.

Will Preston, founder of a successful cosmetics business, reluctantly agrees to do a Bachelor promotional television series, THE PRICE OF LOVE, to boost his company’s sales. In the process, he meets Hanna, a very real and intriguing young woman, with whom he begins to fall in love.

When pressure from the television studio convinces Will to reject Hanna in favor of another contestant, his poor selection of a bachelorette ironically causes a reverse social media backlash in favor of Hanna, harming sales far more than if Preston had never done the promotional. Preston’s company then hatches the titular plot of convincing the world that Will and Hanna have reunited and are happily engaged.

Having alienated the only woman he truly loved, and who truly loved him, can Will make amends to Hanna, turn fantasy to fact, and make their fairy tale ending a reality?

THE ENGAGEMENT PLOT is refreshing in its contrast of the worlds of big business, social media, and reality television with the real world of two very real people, both of whom were reluctant to participate in the matchmaking reality series. It’s this clear contrast that cements the viewer’s connection to these characters. They are truly relatable because of their grounding in reality. The movie has a few dry spots, however. For example, the writing is sometimes hit or miss, and the leads are really the only two standout performances. However, the dynamism and genuineness of the leading lady and gentleman sustains interest throughout the story’s duration. The only hole in THE ENGAGEMENT PLOT is that the consistently real protagonists temporarily abandon their authenticity in the fake Plot in the story. Will does so out of a desire to save his company, and Hanna does so out of a compassionate desire to help her father out of a financial disaster.

THE ENGAGEMENT PLOT presents a fairly overt Christian worldview. For example, the female lead speaks about God and her faith on multiple occasions and wears a Cross throughout the story. She also shows ethical discretion even while engaged in the phony plot, such as when she refuses to stay with Will in his condo while acting her part. When asked by Will how she would define “true love” in their first meeting on THE PRICE OF LOVE, Hannah quotes her mother, saying, “True love is what makes us real.” Though somewhat theologically vague, in the context of the movie it’s clear that the true reality of love is very different from the version presented in a reality series like THE PRICE OF LOVE, which seeks to quantify the qualitative virtue of “love” by reducing it to “what makes TV ratings.” Again, ironically, it’s the true love of Will and Hanna which eventually transforms the façade of a romantic reality series into a situation where two real people find true love in a biblical sense.

This is a reality check on at least two dimensions. First, only by defying THE PRICE OF LOVE’s definition of love can the two find true love. Second, only by telling the truth and admitting their wrongdoing in their involvement in THE ENGAGEMENT PLOT can Will and Hanna realize their true love relationship. Only by “speaking the truth in love” biblically can love really be true love. The minor negative elements such as some sexual banter between Will and other female contestants and a rare light profanity are not sufficient to mar the movie’s overall positive message.