"Where Is the Love?" 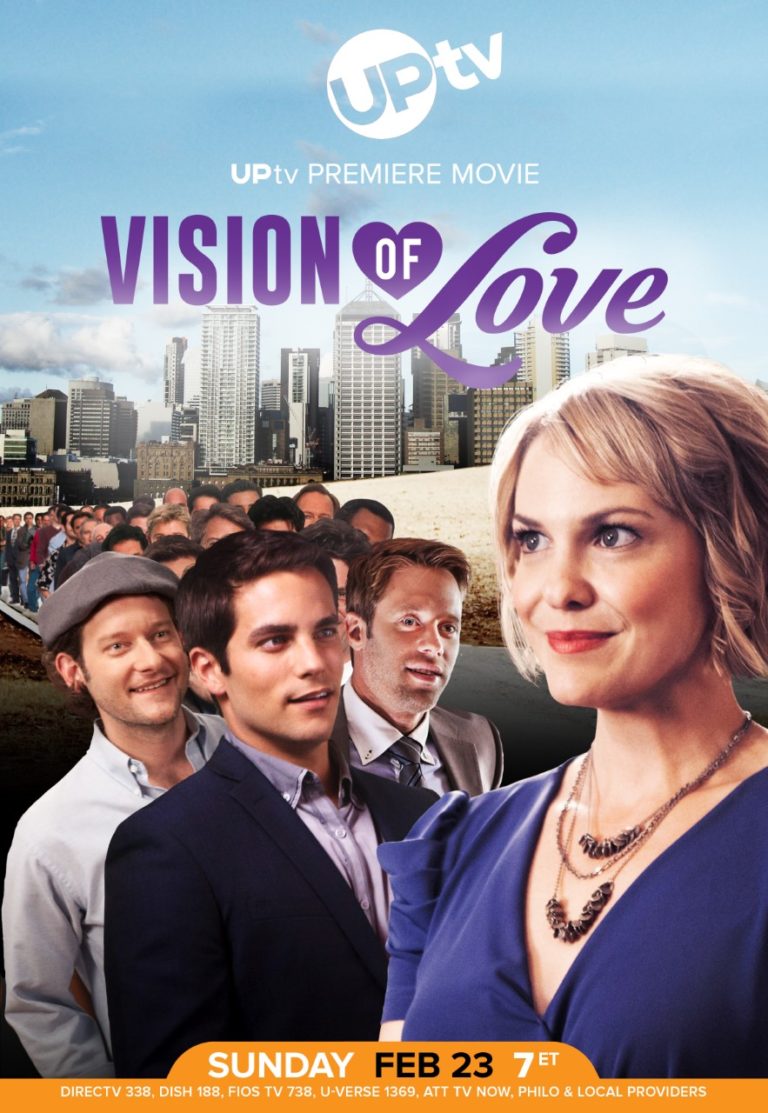 VISION OF LOVE is a charming, wholesome television movie about a divorce attorney named Katherine, who’s way too busy for love. When Kat and her best-friend, Marcie, have their nails done, their manicurist tells Kat she has a vision about a man maned Michael whom she believes might be Kat’s true love. Meanwhile, Marcie is weeks away from getting married to Rick. Rick’s best man is a Romance novelist named Tom, who teams up with Kat to plan events for the wedding. Will Kat find her true love? Is the manicurist right that his name will be Michael?

VISION OF LOVE has plenty of melodrama, but that won’t deter viewers who want clean romance movies from enjoying the story. The characters are appealing, and the plot twists are fun and sometimes even humorous. Unsurprisingly, VISION OF LOVE has a Romantic worldview stressing emotional love and finding one’s true soulmate. However, it’s mitigated by some moral elements extolling friendship and doing the right thing. By the way, the manicurist’s vision has a comical twist, so VISION OF LOVE doesn’t promote any dangerous occult beliefs.

(Ro, B, N, A, M):
Dominant Worldview and Other Worldview Content/Elements:
Light Romantic worldview stresses seeking personal love and looking for signs for the right match between men and women, mitigated by some moral elements extolling the importance of good friendships, doing the right thing for others and not just yourself, the need for having discernment or wisdom, and marriage
Foul Language:
No foul language
Violence:
No violence
Sex:
No sexual immorality but two couples kiss a few times and a man kisses a woman on the head to greet her
Nudity:
Upper male nudity when a man and woman appear in swimsuits on a magazine cover
Alcohol Use:
Characters have wine over dinner and champagne a few times to celebrate a wedding
Smoking and/or Drug Use and Abuse:
No smoking or drugs; and,
Miscellaneous Immorality:
Jealousy mentioned but later rebuked, and a woman’s vision turns out to have a comical twist so it’s not exactly overtly occult, but it may still present a problem for some viewers.

VISION OF LOVE is a cute, charming television movie about a divorce attorney named Kat who’s way too busy for love. When Kat and her best-friend, Marcie, have their nails done, their goofy manicurist tells Kat she has a vision about the man with whom Kat will end up. Unsurprisingly, VISION OF LOVE has a strong Romantic worldview that drives the movie’s plot but the movie . Positively there’s a moral worldview that stress friendship and doing the right thing. Movieguide® recommends discernment for older children.

VISION OF LOVE begins with Katherine, aka Kat, in her element at her law office. Kat is crushing the game with meeting after meeting. She then heads to meet her best friend, Marci, to get their nails done. While there, the manicurist has a vision that Kat’s love life has something to do with a “Michael.”

Kat goes on a few dates with some Michaels that Marcie sets her up with, but she clearly isn’t interested. Meanwhile, Marcie’s fiancée, Rick, introduces his best man, Tom, to Kat. Tom is a Romance novelist. Kat and Tom begin prepping for the events of the wedding together.

One day, another Michael comes into Kat’s life on the street. This Michael is her former high-school sweetheart. Kat starts to date this new Michael. Could he be the right man for Kat?

Meanwhile, viewers learn that Tom has been a widower for two years. Tom’s attorney sends him a letter that his deceased wife wanted him to have at this exact season of his life. In the letter, his wife writes that it’s time for Tom to him to move on and settle down with someone for the long-haul.

Suddenly, Kat’s friend Marcie and her fiancé, Rick, get into a squabble about their wedding/honeymoon plans. This puts them at odds for two days. So, Tom and Kat remind Rick and Marcie why they fell in love in the first place. At the same time, Tom starts to wonder if Kat might be a good match for him since Kat’s still searching for her forever soulmate.

Kat heads up a major divorce case throughout the movie that could lead her to become the youngest partner of her law firm. However, as the movie progresses, she becomes disinterested in splitting up marriages, and her attitude toward her clients becomes gentler.

One day, Kat’s current boyfriend, the high school sweetheart named Michael, accidentally calls Kat and tells her it’s been a drag dating her. The two break up, leaving Kat wondering if the manicurist’s vision was accurate.

VISION OF LOVE has plenty of melodrama but that won’t deter viewers who want clean romance movies from enjoying the story. The characters are appealing, and the plot twists are fun and sometimes even humorous.

Unsurprisingly, VISION OF LOVE has a Romantic worldview that drives the story and plot. For example, the movie promotes emotional love and looking for signs for the right soulmate.

However, VISION OF LOVE has some positive moral elements. For example, it promotes friendship, doing the right thing, having discernment and wisdom, and marriage. Also, the manicurist’s vision has a comical twist, so VISION OF LOVE doesn’t promote any dangerous occult beliefs about such predictions.