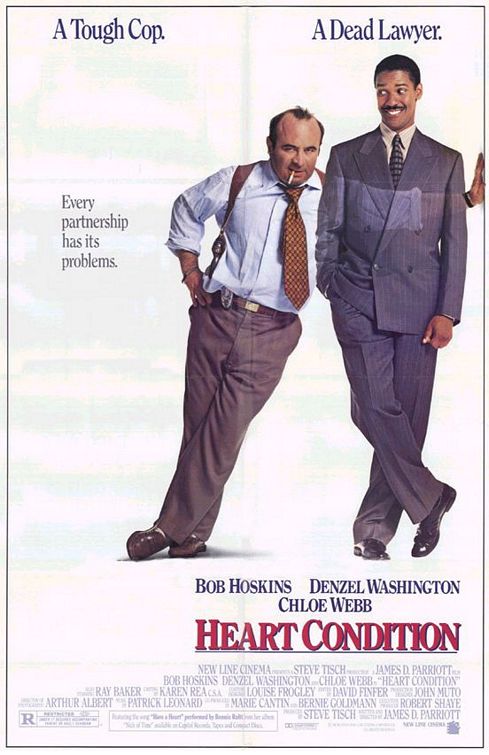 Jack Mooney, a gruff, overweight, overworked police sergeant on the detective force, has major problems, not just outwardly with his diet, but also inwardly with his prejudice. The racist policeman is out to get Leon Stone, a smooth, successful black lawyer who also is a pimp on the side. Driving a Mercedes and wearing the finest clothes, Leon taunts his affluency at Jack continually. Jack’s anger toward Leon heightens when Leon steals his girlfriend, Crystal, away from him.

Crystal, who has a habit of photographing everything, but without ever developing the film, becomes one of Leon’s “girls.” On one occasion, an important client of hers, a senator, dies of a heart attack. In order to keep the senator’s call-girl activities a secret, government higher-ups arrange for Leon to be killed. Jack, meanwhile, is also having a coronary and ironically receives Leon’s heart in a transplant.

Jack is assigned a desk job because of his heart condition. When Crystal comes to see him with the roll of film that will protect her, he throws it into a fishbowl among the hundreds of others she’s already given him. Then, Leon appears as a ghost to Jack, unseen by anyone else except Jack. Leon informs Jack that unless he helps him set things aright, he will go to hell. Since Jack has his heart, he needs Jack’s help in getting back at those who killed him.

Although Jack hated Leon, he reluctantly agrees to assist him in following the clues. The rest of the film resembles the old Topper series, as only Jack can see Leon who engages him with comic banter about his sneaking cheeseburgers and greasy fries. Eventually, with Leon’s help, Jack breaks the call-girl ring, saves Crystal and her baby whom she’s had by Leon. Ultimately, Jack comes to love and respect Leon and assumes the fatherhood of Leon’s son.

Unfortunately, this film is debased by a familiar spirit, prostitution and promiscuity — elements which are abhorrent and displeasing to God. Ultimately, the recommendation goes against seeing HEART CONDITION.