"ABOUT HOPE Is Full of Hope!" 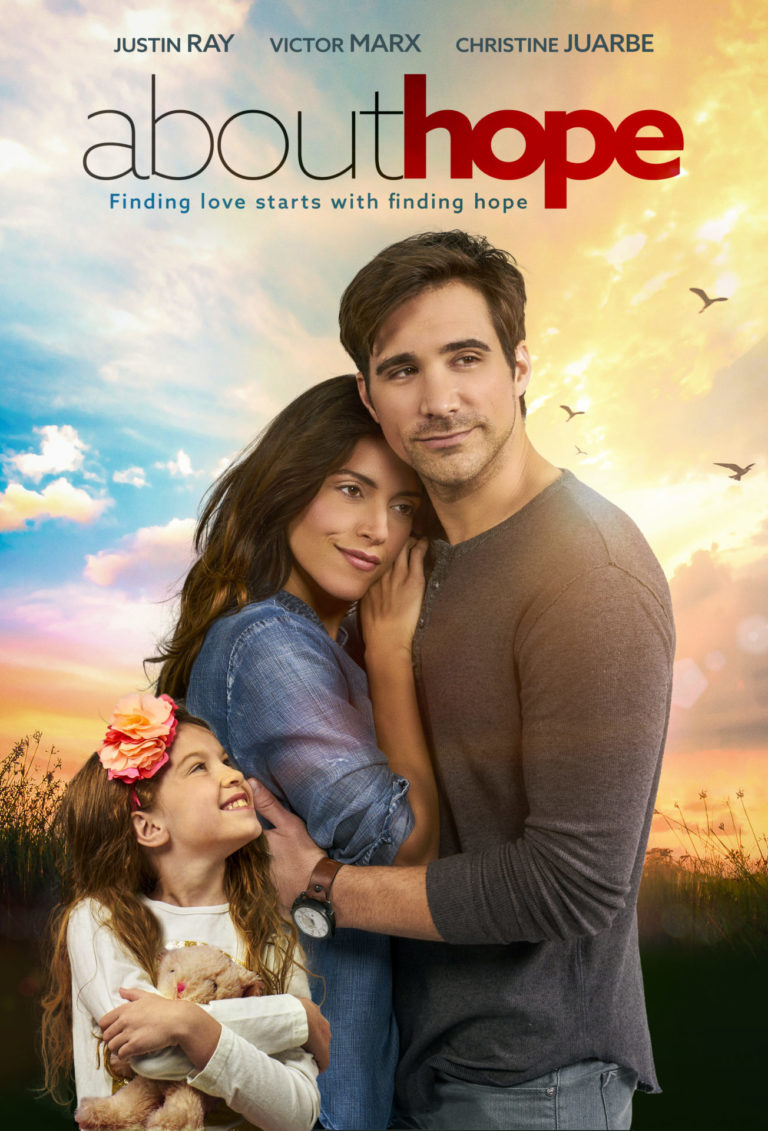 In ABOUT HOPE, the story follows Thomas through his high school years and adulthood as he searches for the “perfect girl.” ABOUT HOPE begins with a voiceover of a grown man, Thomas, talking about his youth. Thomas makes a card for a girl. She accepts, but when another boy comes into the picture, she drops the card breaking Thomas’ heart. Therefore, Thomas begins making a list of his “perfect girl.” Through a series of events, Thomas finds himself in a love triangle and must look to God for guidance to get out of the situation.

ABOUT HOPE is entertaining and very relatable, but the cinematography is mediocre. It shows how easy it is to get caught up in yourself and your dreams, and not realizing you’re hurting people around you. ABOUT HOPE has a strong Christian worldview extolling prayer, making God your constant companion and focusing on a relationship with God before anything. There’s mention of a Bible verse, and a woman is shown reading her Bible. MOVIEGUIDE® advises light caution for young children because of brief violence and alcohol use.

(CCC, BBB, V, N, AA, M):
Dominant Worldview and Other Worldview Content/Elements:
Very strong Christian, biblical worldview with instances of prayer, Bible verses, Bible reading, and conversations about how God is a compass that points people in the direction they should follow
Foul Language:
No foul language
Violence:
Young boys fight over a girl, and one boy punches the other
Sex:
No sex
Nudity:
Upper male nudity
Alcohol Use:
One instance of alcohol use at a party and another at a bar with implied drunkenness the next morning
Smoking and/or Drug Use and Abuse:
No smoking or drugs; and,
Miscellaneous Immorality:
A character doesn’t tell the whole truth.

ABOUT HOPE is a story about learning to think of others before yourself and loving your significant other just as God intended. The movie is entertaining with many moments that will have the viewer smiling, but also moments of empathy. ABOUT HOPE maintains a strong Christian and Biblical worldview with many mentions of letting God be your compass through life and how to focus on Him first. However, MOVIEGUIDE® advises light caution for young children because of some brief violence and alcohol use.

ABOUT HOPE begins with a voiceover of a grown man talking about when he was a child. Thomas makes a card for a girl he likes. She accepts, but when another boy fights Thomas for her, she drops the card, which breaks Thomas’ heart. From there on out, Thomas begins making a list of his “perfect girl.”

The movie follows Thomas through his high school years of finding girls to date, but whenever something goes wrong, he writes down in his journal another characteristic that his perfect girl will have. Cut to his adult life. Thomas is working as a photographer and artist, still drawing. He has even fashioned an original painting of the woman of his dreams. All the while, Thomas keeps his list of qualities for his perfect girl when, one day, a young woman enters his office.

The young woman, Hope, is a businesswoman who runs her own publishing company. Coincidentally, she’s in the market for a photographer for an event and hires Thomas to do the job.

Thomas gets home to realize his parents, brother and brother’s girlfriend have planned a dinner to try and set him up with a young woman, who just so happens to be Hope. Thomas meets Hope again and Hope’s daughter, Grace. However, when the family starts playing a game and his brother asks his own girlfriend to marry him, Thomas gets depressed and turns to his dad for advice. His father tells him God’s will isn’t a map with roads, but more like a compass that points toward God and gives a direction to follow.

Through a series of events, Thomas and Hope’s romantic relationship becomes precarious when Desiree, a carbon-copy lookalike of Thomas’s painting, enters the picture. So, the question becomes, What will become of this love triangle?

Although ABOUT HOPE is entertaining and relatable, the movie’s quality struggles when it comes to the cinematography. Some sequences are shaky and not well-edited to conceal the low budget. As such, it shows how easy it is to get caught up in yourself and your own dreams, to the point of not even realizing you’re hurting people around you. The movie also shows sweet moments between Thomas, Hope and Grace when their relationship was on the right track, while also showing the downfall that happens when Thomas is focused on other things.

ABOUT HOPE has a strong Christian worldview mentioning and showing prayer, using God as your compass and focusing on a relationship with the Lord before anything else. The movie also includes some positive references to the Bible. There is a mention of a Bible verse, and a woman is shown reading her Bible. MOVIEGUIDE® advises light caution for young children because of brief violence and some alcohol use.