Is America A Christian Nation? 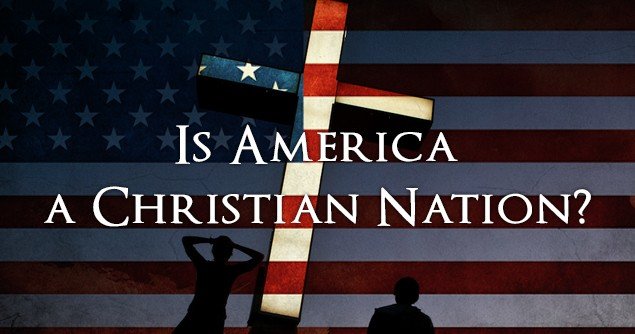 Is America A Christian Nation?

A lot of people think America is becoming less and less of a Christian nation.

The more meaningful measure of whether a nation is Christian or not has to do with the appreciation for the values Jesus taught. If you watch the nightly news or ENTERTAINMENT TONIGHT, you might conclude Christianity is almost dead.

Which set of values do Americans really want in their neighborhoods and schools?

Most Americans are so accustom to living in a nation with Christian values they can’t imagine living in a place like Iraq where you can be beheaded for believing in Jesus.

Even atheists enjoy the benefits of living in a Christian nation. They have much more to fear living in an atheist nation, like North Korea, than they do living in the United States.

In the 1960’s, there was a media revolution against Christian values. It became fashionable to promote free sex. Vulgarity in the media became a badge of courage. The more offensive material you could include in a movie, the more you’d be congratulated in your circle of rebel friends – even when it meant you sold fewer tickets.

Americans now spend much more time with the media than in church. The media has managed to sell a new set of values, even to many who attend church. The mantra is “tolerance.” You’re a “sinner” if you’re intolerant of those who wish to engage in various forms of sex outside of marriage. You’re a “prude” if you oppose vulgarity in the media. You’re a “right-wing bigot” if you insist that Christian values are superior to secular values. You’re not “intellectual” if you’re stupid enough to believe in God.

While you may still wish to live in a neighborhood with Christian values, you don’t want to be called “intolerant.” You may want your children to grow up holding Christian values, but you had better not request they be taught in schools.  If you openly oppose pseudo marriage, you are both “mean” and “stupid.” If you own a business, you had better support “diversity.”

The cost of this revolution has been astronomical. Both families and the government are in serious debt trying to deal with the disaster. Even worse, has been the toll in human suffering. More Americans have died of AIDS than have died in combat in all our wars put together. Huge numbers of children are being raised in poverty with their fathers absent. Prison populations have soared.

The revolution against Christian values deserves to be judged based on its consequences. Those who try to convince others that Christianity is for those willing to turn off their brains, have themselves turned off their brains.

Would you rather live in a community that’s becoming more like heaven or more like hell? Do you prefer to be around people who are kind and polite, or people who are mean and vulgar? Do you think children are better off with a loving father and mother, or with a group of pedophiles?

Those who oppose Christian values are not the enlightened intellectual elites they say they are. The book of Proverbs refers to them as “fools.” It is simply not smart to rebel against the wisdom and love of the Creator of the universe.

The problem is that Americans who still want their neighborhood to be more like heaven than hell have not rejected those using the media, the schools, and the government who oppose Christian values.

Throughout history God lets rebels experience the natural results of rebellion. It has not been pretty. It’s especially ugly for churches. When rebels capture the media, the schools, and the government, the price the church pays is persecution. The greater the victories of the rebels, the greater the persecution of the church you can expect.

Those espousing “tolerance” as the great new American virtue are not even close to being tolerant.  Those who promote “diversity” wish to deny freedom to Christians who’d like to live according to their beliefs.

America is still a Christian nation in terms of the kinds of neighborhoods where Americans would like to live. The vast majority of Americans still see honesty, integrity, kindness, generosity, unselfishness, and even marital faithfulness as virtues. They want their children to grow up with these values.

America is declining as a Christian nation in terms of its commitment to defend and teach Christian values. It’s as if Americans still want more of heaven on earth, but don’t want to be considered “intolerant” of those who prefer hell. This is not advancing civilization. It’s a retreat, if not an outright surrender.

When you bow at the altars of tolerance and diversity, you eventually learn that they are just costumes worn by tyranny. True freedom comes through Jesus Christ who sets men and women free from the bondage of sin.