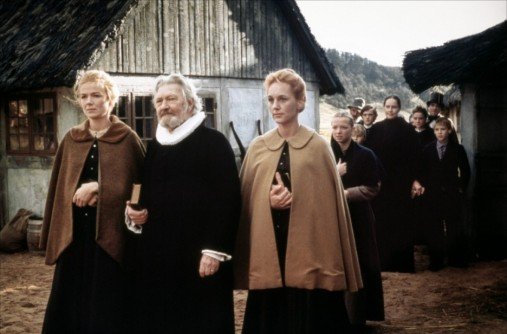 It is that time of year again, so about time to start commemorating that most important thing in our lives – consumerism! Right? I for one am a loyal American and so intend to do my part in stimulating the national economy by overspending this December. The retail industry needs me. I can think of little better way to show my Christian love of neighbor than by supporting the commercial outlets that keep his life running smoothly the other eleven months of the year. Sorry, bell-ringing Santa, I have no change for your little red bucket. I have an important appointment with the vendors inside, and a GDP to think about.

Okay. I don’t really believe that DVDs and Xbox games are the true meaning of Christmas. It is something more spiritual. Right? So this year, let’s forget about the shopping malls and flashing lights, forsake all material considerations, and just sit around and pray. Are you with me? Christmas morning. My place. No need for material distractions or party favors, at all. Just you and me. Reverence. Maybe even a hymn or two.

Excited? No? What do you mean this hardly sounds like a celebration? This is Christmas, not Heathenmas, remember! What more do you want?

Ah ha, I get it. This is the point at which you raise your finger and remind me that Christianity is not only about spiritual things. Indeed, it is also radically and robustly about physical things. In fact, you continue, the whole point of Christmas is that the highest of spiritual things becomes the most lowly of physical things! You are kind of shouting now, and I do begin to see your point.

In fact, this puts me in mind of a classic film called BABETTE’S FEAST. It opens with two sisters, Martine and Filippa – named after two leading figures of the Lutheran Reformation – who are attempting to hold together a small community of believers after the death of its pastor, their father. They tirelessly provide simple food and hopeful hymnody to the community of their small Danish fishing village; but bread soup and songs about the Heavenly Jerusalem are not enough to quiet the resentment and back-biting now festering in the vacuum left by its leading personality.

Then, Providence intervenes. In the person, most unusual in their eyes, of “a Papist.” A French Catholic woman washes up, in need, begging only for a little bit of work and a roof over her head. The sisters, despite initial reservations, are generous by nature and find a way to accommodate her. Then magic happens.

A special day draws near – the anniversary of the death of the community’s founder – and the French cook, Babette, requests the honor of preparing a special meal. The sisters set aside their dispositional preference for something a little more sober and spiritual, and grant her wish. The result has to be seen to be believed.

Babette does something with that meal that is probably the best thing since Luke 22. She spends all day in the kitchen, and the results are miraculous. Course follows upon steaming course, and gradually the villagers let thaw the icy squabbles between them, their pretty resentments forgotten and absorbed into the unceasing generosity of the banquet. Babette, in preparing this meal, does not give the minimum; but in a very real way gives her all, her whole self, in a very practical and tangible manner. Amazingly, it shows in the relaxing lines of the villagers’ weathered faces. Somehow, the physical elements on the table have transformed into something more than mere food. They have taken on the taste of love. The result is a not-too-distant echo of what it might mean for Love himself to come to earth wrapped in foodstuffs; or, in the language of an earlier age, to take on flesh.

So I guess I will have to concede the point, after all. Now that we are talking about BABETTE’S FEAST, I do see what it means for Christianity to be about more than just the spiritual. In fact, it may be that Christmas, properly understood, is the most materialistic of all holidays. In it, God gives his very self in tangible form. By extension, it may be that the concrete things we give, when they are not merely plucked from the shelf at random, but given as representations of our loves and very selves, are a perfectly fitting means of commemorating – even distantly imitating – the original Christmas gift.

So, maybe this Christmas is the time for me get over my bias against consumerism, and accept that what was good enough for the King of All Heaven become babe in a stable is good enough for me. If you come over, then, I will fix you up something festive and steaming to consume. If you pitch in a little yourself, we might even make it a feast. Or we can just go all out, abandon ourselves to the spirit of the season, and sit down to a copy of this DVD.

Editors Note: David Baird is a PhD candidate at the Institute for Theology, Imagination & the Arts at the University of St Andrews, and also publishes movie reviews for ThinkingFaith.org.