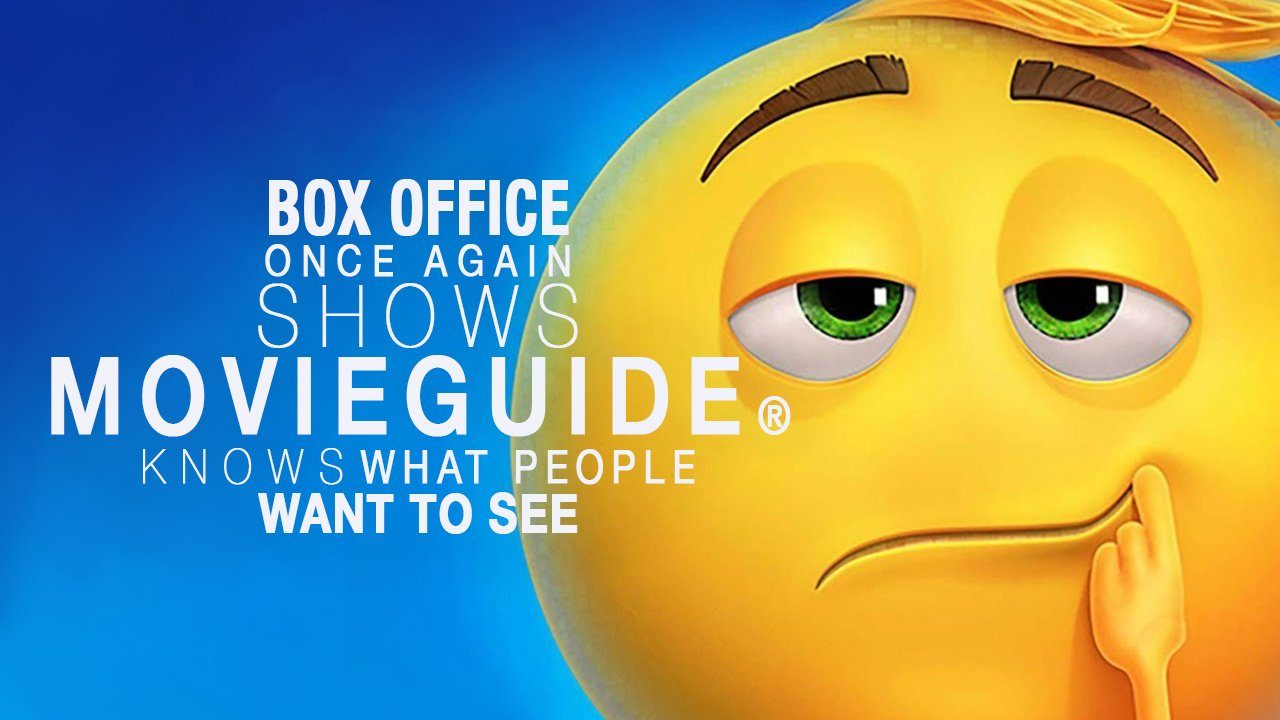 Movieguide picks the winner at the box office time and time again. This time, it is even more clear than before.

Once again, we see moviegoers choose the Movieguide® recommended movie, enjoying the laughs and lightweight nature of an animated family movie.  While other critics said the complete opposite, Movieguide® knew exactly what the public wanted!

“The Emoji Movie” came behind another Movieguide® favorite “Dunkirk” this weekend. Even though Dunkirk may neglect some of the more fascinating aspects behind the real, historical, answer-to-prayer miracle at Dunkirk, “Dunkirk” has strong patriotic, uplifting moments and spectacular action, but no really lewd content, so it’s no surprise it still sits at Number 1 in its second week.