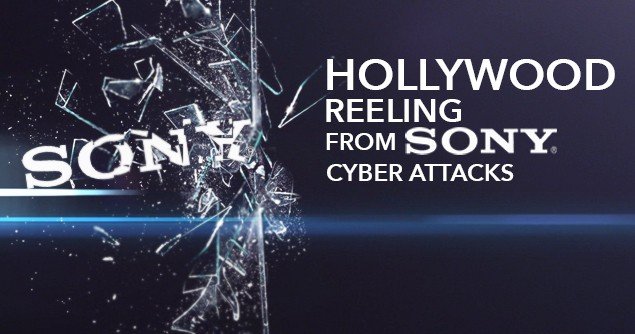 Hollywood is “reeling” from some cyber hack attacks on Sony Pictures Entertainment, the company behind such hits as SKYFALL, MEN IN BLACK III and the SPIDER-MAN movies.

According to the New York Times on Dec. 10, “The leaked information has been used to open false mortgage accounts and even buy women’s handbags at Beverly Hills boutiques.”

The cyber attacks probably emanate from North Korea, which is extremely upset about Sony’s new comedy starring Seth Rogen and James Franco, THE INTERVIEW, about two podcast hosts invited by North Korea to interview its dictator, Kim Jong-Un, with the CIA asking the two hosts to assassinate him.

In the two most recent attacks, the hackers (calling themselves “Guardians of Peace”) threatened the families of Sony employees if they didn’t pull the movie and then revealed some embarrassing comments in emails between Sony executives and some producers.

In the latter one, emails between Sony Pictures Co-Chair Amy Pascal and Producer Scott Rudin, showed the producer calling popular actress Angelina Jolie, the director of the Christmas move UNBROKEN, a “minimally talented spoiled brat,” although Angelina has made one of the best movies of the year.

In another conversation, Pascal and Rudin made jokes about what kind of African American movies President Barack Obama likes.

This led to some charges of racism on the Internet, while Pascal apologized for her comments.

Not-so-veiled threats and controversial candid comments weren’t the only thing that has the decision makers in Hollywood and their employees concerned. The leaked material included Social Security numbers, pay discrepancies between actors and between studio executives and the rank-and-file employees under them, and private health information.

The payroll information, for example, may be used by filmmakers, actors and employees in future contract negotiations.

This led to a really interesting quote about the spate of cyber attacks from Jonathan Handel, an entertainment lawyer and professor at the University of Southern California.

“It opens the veil for Hollywood lawyers, filmmakers and actors who will now have information they can say they are entitled to have,” Handel said. “This is really important access, because Hollywood studios are always claiming poverty and that they don’t make money on their movies, but then they go to Wall Street and say otherwise.”

Lying, subterfuge and insults aren’t just a popular pastime among politicians, apparently, but also within the movie industry.

Of course, MOVIEGUIDE® Publisher Ted Baehr conducts four-day filmmaking workshops showing students “How To Succeed in Hollywood (Without Losing Your Soul),” including revealing how to navigate among the Hollywood sharks and dolphins you may find there when you enter those waters.

Beyond that, however, it’s rather telling that even the leftist tyrants running North Korea hate the bad publicity and headaches that a simple comedy like THE INTERVIEW might cause. So much so that they began making veiled physical threats and Sony Pictures gave in, pulling THE INTERVIEW from its planned Christmas release.

Obviously, the decision to make THE INTERVIEW proved to be a gutsier call than Sony’s decision makers imagined.

Let’s hope it’s not a fatal one.