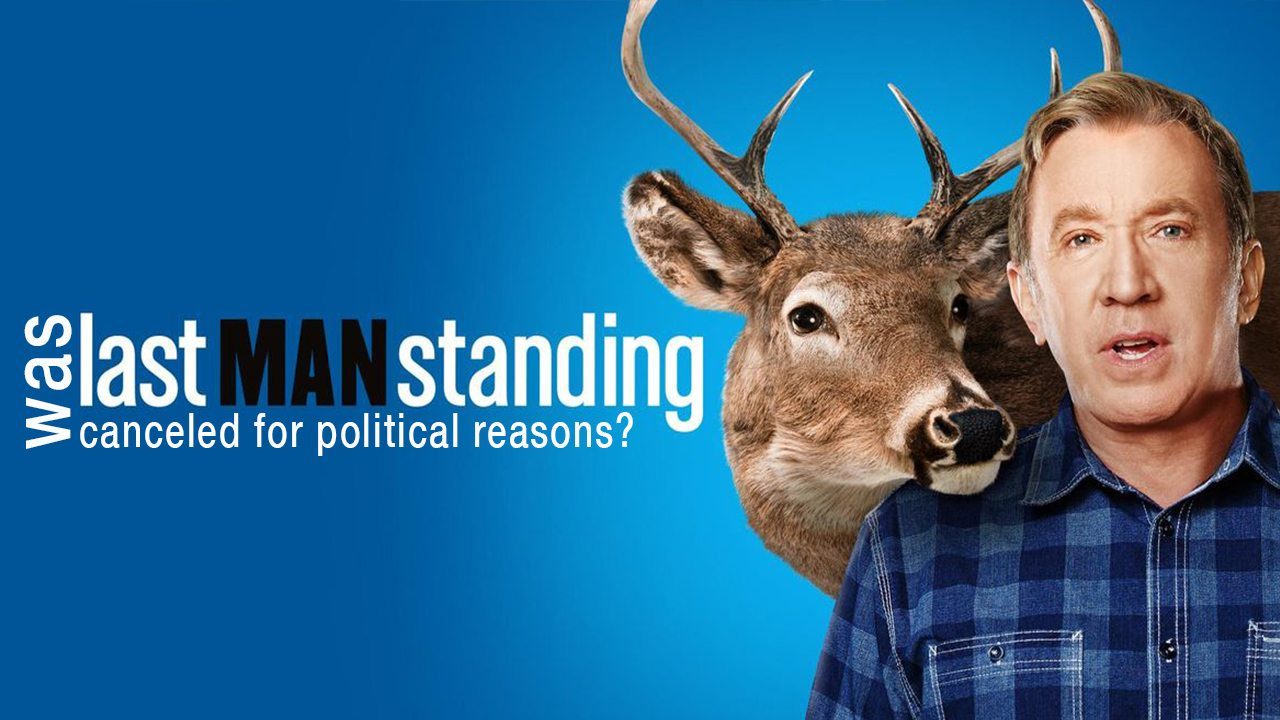 After the recent canceling of the ABC sitcom LAST MAN STANDING, the network has received major backlash from conservatives, claiming it was canceled for being too conservative. The program was a hit among conservatives for its politically incorrect stances on politics, religion and family, and viewers also appreciated that the star of the show, Tim Allen, shared the conservative leanings of the characters. While on JIMMY KIMMEL LIVE!, he recently compared being a Republican in Hollywood to being in 1930s Germany.

ABC says that politics had nothing to do with the cancellation, claiming that the decision was made when they decided to switch Friday nights (when LAST MAN STANDING aired) from comedy to drama.

Some liberal websites have falsely reported that the show delivered poor ratings, but in reality, it was one of the leading shows on Friday night, and actually has more live viewers than many of the other comedies that ABC renewed. ABC Entertainment President Channing Dungey even admitted that canceling LAST MAN was a “challenging” decision “because it was a steady performer.”

The canceling of LAST MAN STANDING could have simply been a scheduling decision. The Dan Savage LGBT show, THE REAL O’NEILS, was also canceled after its second season.

That said, ABC is making a very bad decision considering that LAST MAN STANDING is one of the few, if not the only TV comedies geared toward conservatives, especially given the fact that the audience showed up to watch the show. Over 100,000 individuals have signed a boycott against ABC for canceling LAST MAN STANDING.

20th Century Fox produces the Tim Allen laugher, and a recent report said Fox is trying to find a spot for the program on another network besides ABC.

Would you like to see LAST MAN STANDING on another network?